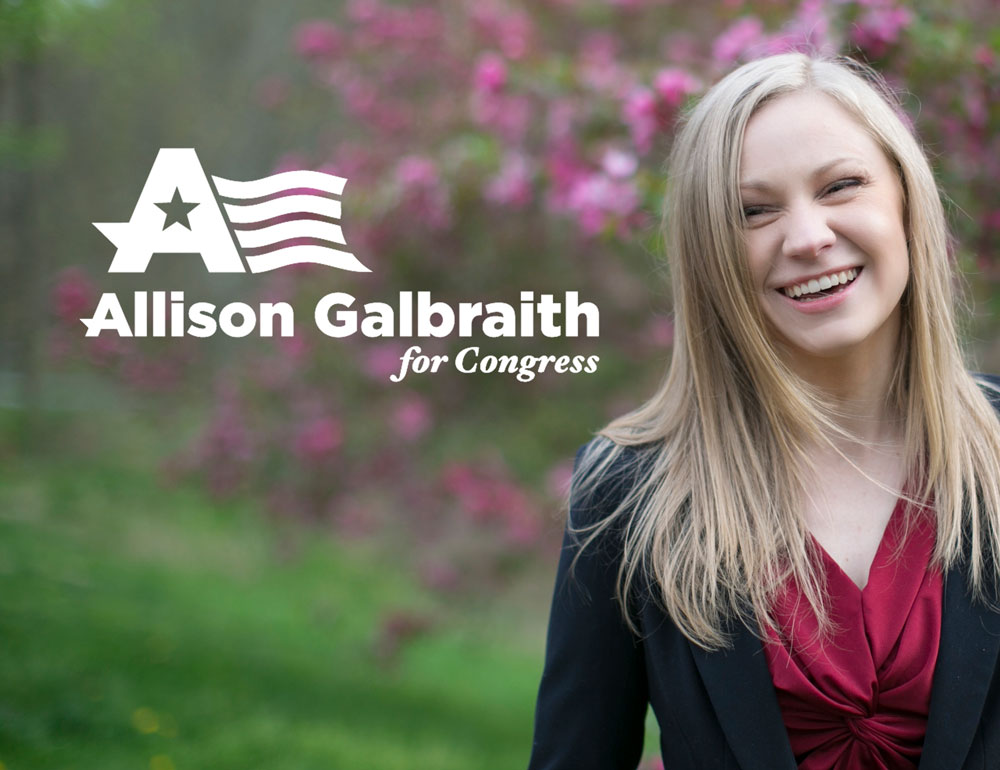 Galbraith shares why she’d had enough and decided to run

A few months after the 2016 presidential election, Solo Mom Allison Galbraith went to see her congressman to ask him to protect the Affordable Care Act. His reply shocked and angered the 35-year-old Maryland native so much that she decided to take his job. Galbraith is joining a record 431 women running for Congress this year. She recently spoke to ESME’s Jaimie Seaton about why she decided to run and what she hopes to accomplish if she wins.

Q: What do you do for a living?

A: I work for myself; I do consulting for the Department of Defense [DOD] part time, and the rest of the time I help other small-business owners bid on federal contracts. There’s a lot of regulatory burden, and it basically takes a professional to get you through the process.

Q: Tell me what prompted you to see your representative, Republican Congressman Andy Harris.

A: It’s a long story. In 2014, my mom had a series of strokes, and a month later I was laid off [by the DOD]. In order to take care of my mother, I couldn’t work nine-to-five jobs so I started my consulting business, and I made just enough to get by. After the election, I was worried that the Affordable Care Act (ACA) would be repealed because if that happened, I’d have to give up my business and find a full-time job with benefits.

Q: Why would you have to do that?

A: Back in 2008, when I was married, I shopped for private insurance for my family. I just had my son, and my husband at the time had recently switched jobs. That’s when I learned about gender rate hikes. Women paid 30% to 80% more for private policies, which didn’t even cover maternity, which is the biggest cost driver. I was able to find a policy for my husband, but I was priced out of the market or denied coverage because I was a woman and was capable of having children. Pregnancy complications were considered a preexisting condition. If I hadn’t tried myself to buy it, I don’t think I would believe how hard it was for a woman to buy an insurance policy before the ACA.

Q: What happened when you contacted Representative Harris’s office?

A: It took four months of writing and phone calls, and I finally met him on March 11, 2017, and asked if he would vote against gender rate hikes.

He looked at me and said, “I don’t think most people would mind if women paid a little more for health insurance.” I told him, “Women mind.”

That pretty much ended the conversation. He wasn’t hearing anything I had to say; he didn’t care.

Q: Did you decide right then to run against him?

A: No. My mom passed away three days later, and it made me that much more angry about what he said to me because I wouldn’t have been able to help her, and she spent her whole life trying to help others.

I just got fed up. I looked at my background and looked at his, and figured I’m more qualified to represent the people than he is. I started thinking, If Harris won’t do his job, then I’m perfectly capable of taking it and doing it for him.

Q: Are you the only challenger?

A: I’m running as a Democrat, and there are five others in my primary now, all men. The men raise more money because they have more support systems in place than I have as a single mom. They have the luxury of quitting their jobs, and if I quit my job, my mortgage doesn’t get paid. I’m light years ahead on social media, though, and have significantly more grassroots support. 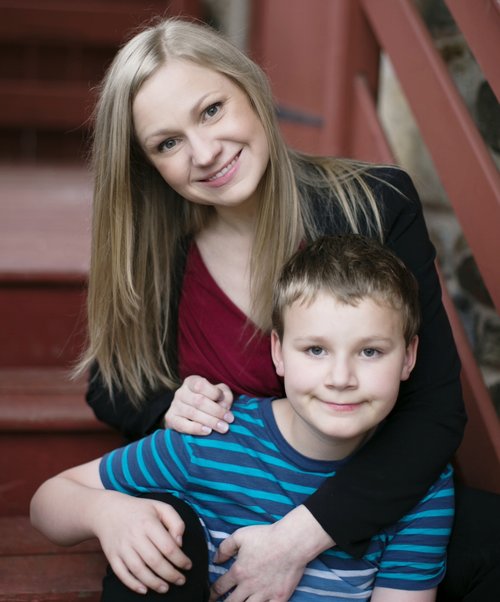 Q: How is your campaign affecting your son?

A: He’s 10 and is becoming a baby activist. He was sitting next to me in Harris’s office and heard what Harris said. He wears his Women’s March hoodie to school every day. Some of the girls think it’s cool. He goes to a lot of events with me. That’s turned into our time together now, and sometimes I’ll give him the mic and let him talk. He told Harris during a town hall that he doesn’t like the idea of teachers being armed. He’s also asked Harris about health care, special education, and maternity care.

Q: How will you manage if you win? What kind of schedule do you expect?

A: Washington, DC, is an hour’s train ride from my house. First I’d say I’d be happy when I have one job instead of two because for the past year, I’ve been running a congressional campaign and working full time. Single moms make it work; we always do.

Q: What do you hope to accomplish as a Congresswoman?

A: I would really like to do something about caregiver issues, equal pay for women, and family-need issues. I want a government that works for the people, and I want all of our needs to be addressed, to include those whose perspectives are often left behind because the system itself weeds out candidates who live our issues. I want every family, regardless of shape, color, or size, to have the tools and resources they need to be successful, including paid family leave, affordable child care, and affordable education. There are so many issues that everyday families face, and it shouldn’t be so hard.

Postscript: Among the six Democratic candidates representing Maryland’s first congressional district, Galbraith came in second behind Jesse Colvin in the primary election held on June 26, 2018. As she said in an interview with Herald-Mail Media a few days following the primary, “I had people who said they never felt they had someone who cared about them, come out to support my campaign. We have all these new people who are engaged. . . . It shows that grassroots does matter. Everybody has a voice and everybody should use it.” Although she says she doesn’t plan to run for office again, Galbraith announced on Twitter that she will be joining the Colvin campaign “as an advisor on women’s issues & liaison to activist groups” in the district.