From Poverty to CEO, How One Solo Mom Became a Tech Titan 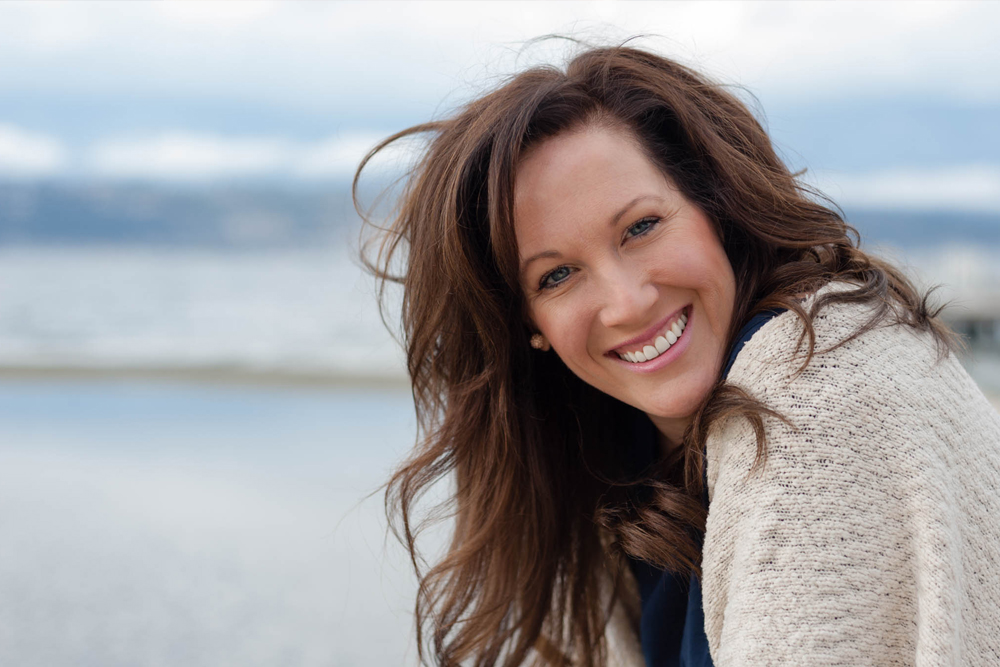 Janice Taylor will be the first to tell you that she’s not the doe-eyed Pinterest mom who slaves over intricate cupcakes.

Instead, she’s a busy, energetic Solo Mom to two girls while also running her own tech company and earning national acclaim in her native Canada.

Taylor, 42, is the founder and CEO of Mazu, a digital village where parents and kids can connect with one another in a way that’s both fun and safe. She describes the mobile messaging and content app as a “walled garden for our children to not only engage with content that’s appropriate and healthy, but to engage with us as well as parents, as a family.”

Mazu is the digital version of Taylor’s own childhood. She was raised in bitterly cold Saskatchewan, the youngest child of a single mother who worked three jobs to support the family.

It was a hardscrabble childhood, but what Taylor found was a sense of community that would shape the rest of her life. It was a place where kids darted in and out of one another’s homes, parenting was a shared experience, and she learned what it meant to be a strong woman.

Taylor is now at the top of her game as one of the Consulate General of Canada’s top picks for its Canadian Women in Tech NYC accelerator program that brings female tech entrepreneurs to New York City to get a foothold in the corporate world.

Q: You’ve said your childhood had an enormous impact on your career. What was it like?

A: I was raised by a single mom. My dad left when I was six . . . he was an alcoholic. At [that time], my mom said to my older sisters, “Here, she’s yours. I have to go to work; I have to figure out how to feed this family.”

We were in a poorer neighborhood anyway, like a lower-income, very working class, blue collar neighborhood. Everyone knew that my mom was alone. That was 1981—it wasn’t common then for divorced families. We were a rarity.

We were also a neighborhood that attracted immigration. There were families from Pakistan, Afghanistan, China, and Jamaica, and then we have a very strong First Nations population so there was all this really wonderful diversity in my neighborhood.

I became a child of the village—of a real United Nations village—and that village raised me.

We got a cable channel, which was the biggest thing in 1982. My cable channel was WDIV Detroit. On that channel was the news, so Carmen Harlan became my hero. Oprah Winfrey became my hero. And Detroit Tigers baseball. And I watched these religiously. I would come home, and I would turn on the TV with the rabbit ears. We’d have tinfoil, and I would hit the side of the TV so the image would stop rolling.

It was just this amazing thing, like “Oh my God. I have to play baseball, and I want to be Oprah.”

That whole childhood formed what I ended up making with Mazu.

Q: You don’t see that kind of community very much these days. What happened?

What I kept coming back to is that technology has changed. Where we socialize in our world today and the type of content we take in are changing who we actually are—and not for good.

And that fundamentally changes community when you create a heavily ego- and fear-based social society, which is what technology has created.

A: But there is hope! When I had nothing, and I mean nothing, my mother—whom I rarely saw because she worked three jobs—said to me that if I was educated in the sense of being a good human being that my life could be anything I wanted it to be. But I had to be a good human being first.

Q: How did this love of community lead to a connection between Mazu and pro sports?

So when I look at community, I look at spokes of a wheel. You’ve got community at the center of that wheel and what presses in on it—church, school, politics. Sports was one of those spokes that really can unite people, family, and also a community.

The interesting thing about sports [organizations] is that they wanted to speak to children under the age of 13, they wanted to engage with them, but they didn’t have a vehicle to do that that wasn’t still very old school—like “I’ll send you a calendar in the mail” kind of old school.

Q: How has being a Solo Mom influenced decision making in your career?

A: Being a single mom in this realm of business, I deal with mommy guilt. At the same time, there’s a compartmentalization that sometimes happens. It’s like I’m mum over here and career woman over here. What I really try to do, in my maturity, is fuse the two worlds together so that they’re not separate identities.

So the mom who shows up with my children—that fun, loving, caring person—can also show up in my business life without me wearing a different hat.

And I think that’s a beautiful thing for women to strive for.

Q: What are some single mom stereotypes that need to be shattered?

A: There’s really two ways we look at single moms. One, she’s a victim: Oh, I wonder what happened to her? Or this is what’s been done to her. And then the flip side of it is the perpetrator: Who does she think she is, living her life without a man? How dare she?

When we think about the stereotypes, we view our fellow sisters sometimes in the harshest of light. And what I’ve said to so many of my girlfriends and even my mother is that I find single mothers heroic. They are the goddess heart.

Q: I like that you call all of us goddesses!

A: What a single mom does is she actually strikes fear into many people. You’re not sure how to take her. She has this mysterious quality to her that, when you see her, you’re not sure what’s happened to her, yet she’s surviving and raising these kids. That’s threatening and imposing.

What I encourage my fellow sisters on this path to do is give her a nod. There is the greatest amount of courage and strength and bravery in her little pinky finger to walk the path that she has been dealt, whether it was by choice or not.

Even all-stars need occasional support and inspiration. Check out our Sister community to see if it’s right for you!