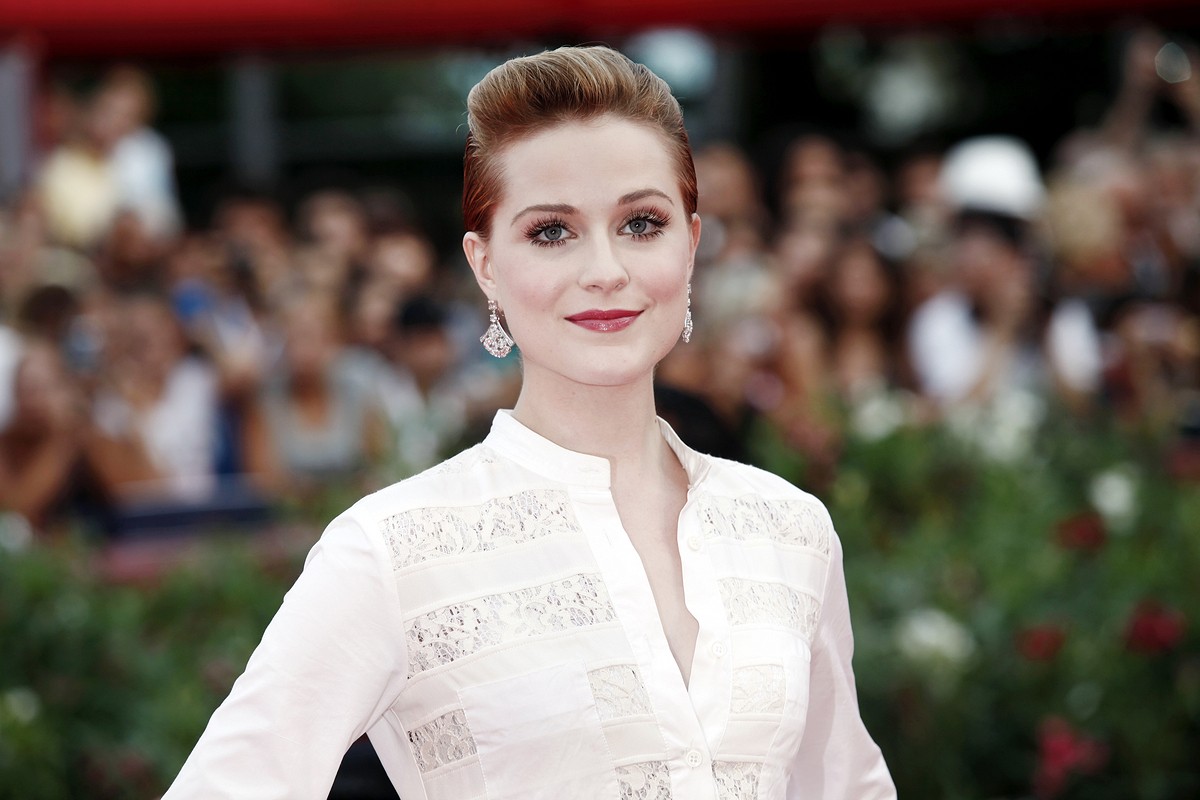 Evan Rachel Wood is a survivor. The 29-year-old actress and musician has endured the trauma of divorce (first her parents’ and then her own), public condemnation and scorn (for dating shock rocker Marilyn Manson when she was in her late teens and 36-year-old Manson was married to Dita Von Teese), and, she has recently revealed, the violation of being sexually assaulted in two separate incidents. And yet, she has emerged victorious: she is a proud Solo Mom, the breakout star of HBO’s hit TV show Westworld, and the cofounder of a band, Rebel and a Basketcase, that will release a new album and go on tour soon.

She was born into a family of actors in Raleigh, North Carolina. Her parents remain actors, directors, playwrights, and singers to this day. Through her father’s involvement with a theater company known as Theatre in the Park, Wood cut her teeth acting in several productions. But her life was disrupted when her parents split in 1996. She would later characterize the divorce, which happened when she was nine, as a source of great pain. She moved to Los Angeles with her mother and was homeschooled while taking acting classes. The dedication of her own Solo Mom paid off: the young-teen Wood was cast in the movie Thirteen, in which she played a teenager addicted to drugs. The role earned her considerable recognition, including nominations from the Golden Globes, Screen Actors Guild Awards, and MTV Movie Awards.

But in due course, she learned that with fame comes scrutiny and judgment. When, as a teen, Wood began dating married rocker Marilyn Manson, she was subjected to attention that ranged from unease (especially when she and Manson appeared in a sexually explicit music video together, “Heart-Shaped Glasses”) to outright condemnation. As she told Rolling Stone recently, “People would call me a whore when I walked down the street, and you can’t not be hurt by that.” They would date off and on until 2010 amid speculation that they would marry. Instead, she rekindled a romance with actor Jamie Bell, whom she had dated years earlier. The two married in 2012 and had a son in 2013.

Meanwhile, her professional career blossomed. She acted in several movies, such as King of California, Across the Universe, and The Wrestler. She appeared in a number of television programs, including True Blood, and TV miniseries, such as Mildred Pierce, for which she was nominated for Emmy and Golden Globe Awards. She complemented her acting with singing, contributing a recording of “I’d Have You Anytime” to a Bob Dylan tribute album Chimes of Freedom.

Behind the scenes, though, Wood was experiencing tremendous personal trauma. As she recently revealed to Rolling Stone and more fully on Twitter, she was sexually assaulted twice throughout her life—by a significant other and by the owner of a bar. The violence would be a contributing factor to a suicide attempt at 22, a time when she should have been reaping the benefits of a blossoming career. But she rebounded, kept acting, and, eventually, after marrying, became a mom. She cited the birth of her son as the event that turned her life around and got her centered.

Since becoming a mom, Wood has experienced professional success and personal change. In 2014, she and her husband split, and she became a Solo Mom. She explained to People, “I think any separation, whether it’s amicable or not, is always difficult. But we’re always doing our best, and the most important thing is our son always comes first.” She has credited being a Solo Mom with opening her heart.

Wood also credits being a Solo Mom with making her a better actress. “I think [my son] taught me a lot about deeper emotions,” she told People. “I think that that’s certainly made me a better actor and given me more to draw from and given me a deeper understanding of myself.”

It’s certainly difficult to argue with her reasoning: she is receiving strong reviews for her performance in Westworld. She plays Dolores, an android who gradually becomes self-aware—a journey that includes unraveling layers of pain that reside inside Dolores. Wood has developed Dolores into a complex, nuanced character, which has catapulted her once again into the media spotlight. This time, she is using that attention to open up about her inner struggles and damage from sexual assault. In the December 1, 2016, print issue of Rolling Stone, she revealed that she had been raped. She also published on Twitter the entire e-mail she had sent to Rolling Stone about the sexual assault. Here is an excerpt:

I have been raped. By a significant other while we were together, and on a separate occasion, by the owner of a bar. The first time I was unsure that if it was done by a partner it was still in fact rape, until too late. Also who would believe me. And the second time, I thought it was my fault and that I should have fought back more, but I was scared. This was many many years ago and I of course know now neither one was my fault and neither one was ok. This was all before I tried to commit suicide and I am sure was one of the many factors. There you have it.

In recent days, her revelation has been more widely reported. In her letter, she wrote about not being able to stay silent any longer—of the importance of letting others know of the damage inflicted by sexual assault. “I am still standing,” she wrote. “I am alive. I am happy. I am strong. But I am still not ok.”

Solo Mom Wood, an actress who has told stories through her performances, is now telling her most powerful story yet: real-life survival.