Gloria Allred: Fighting for the Underdog 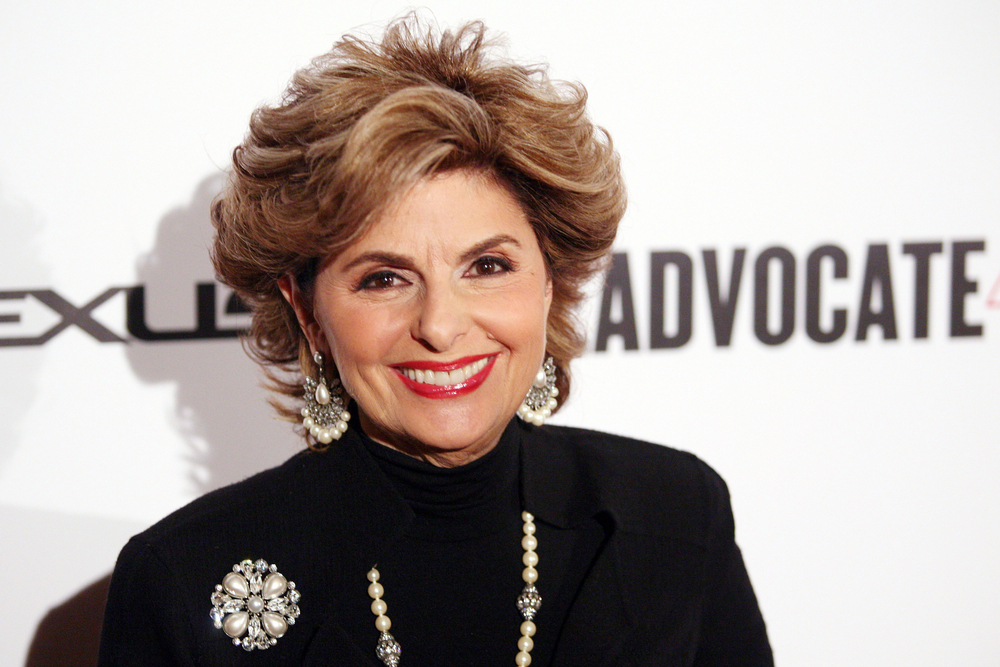 When a woman is wronged in the workplace and seeking an attorney, the name Gloria Allred is often one of the first to come to mind. Civil-rights lawyer Allred is the founding partner of the law firm Allred, Maroko & Goldberg (AM&G), and the founder and president of the Women’s Equal Rights Legal Defense and Education Fund. Twice divorced, Allred is also Solo Mom to daughter Lisa Bloom, an attorney in her own right, who appears daily on CNN, ABC, and MSNBC, and is perhaps best known for bringing down accused sexual harasser Bill O’Reilly.

Allred met Lisa’s father, Peyton Bray, during her first freshman mixer at the University of Pennsylvania. “He was very, very good-looking,” Allred told Los Angeles magazine in 2012, “and had an outstanding sense of humor. Extremely bright—very, very personable.” By the time Allred was 19, she was pregnant with Lisa, and she sat out part of her junior year to give birth to their daughter. The marriage didn’t last long: it turned out Bray, who suffered from undiagnosed bipolar disorder, was abusive. Allred graduated from Penn in 1963, a Solo Mom with an ex who didn’t pay child support. As she wrote in her 2006 memoir, Fight Back and Win (Harper Paperbacks, Reprint edition, 2007), she graduated “flat broke, recently divorced, and undecided about how to make my way in life.”

Allred moved back in with her parents, who welcomed their only child with love and zero judgment. “They never said a thing about it,” Allred told Los Angeles magazine. “My dad would never have that conversation. He didn’t generally have a conversation about anything. My mother talked freely about anything, but they weren’t judgmental at all. And they both just absolutely loved my daughter.”

Allred taught English at Benjamin Franklin High School, one of Philly’s toughest, while commuting to New York University to get a master’s degree in education. In 1966, she made a change and moved with Lisa to Los Angeles, where they lived in East Hollywood and Allred taught at Jordan High School in the Watts neighborhood of LA. During her first year in LA, Allred took a trip to Acapulco, Mexico, where she was raped at gunpoint. Upon returning home, she discovered she was pregnant and secured an illegal abortion (the only kind one could get in California at the time); she subsequently developed an infection that almost killed her. Allred didn’t speak publicly about the ordeal until 1984, when she disclosed her abortion to a journalist at the Philadelphia Inquirer. She’s said that the experience was one of the things that informed her passion for advocating for other women who had been raped. As she told the New Yorker in 2017, “I thought, If I’m going to be ashamed as a women’s-rights attorney, what hope do we have?”

Indeed, according to Allred’s website, AM&G has handled more women’s-rights cases than any other private firm in the United States. Some of these cases have been extremely high profile, ranging from Allred’s representation of Rita Milla in a 1984 case against the LA Archdiocese (after more than 20 years, Milla received a settlement and was granted a paternity test that proved a priest was the father of her daughter) to her representation of the Nicole Brown Simpson family during O.J. Simpson’s murder trial in 1994. In 2013, Allred helped at least 10 current and former students of Occidental College in LA file a federal complaint against the school for an alleged “deliberate indifference to rape victims.” (The women received confidential settlements.)

Allred earned her law degree during her second marriage, to William Allred, a self-made multimillionaire who presided over an aircraft parts-and-services company called Donallco. She graduated from Loyola Law School in Los Angeles and was admitted to the State Bar of California in 1975. The marriage, which lasted 18 years, fell apart around the time William was indicted on federal fraud charges; though Gloria’s firm helped represent her estranged husband, she asked for a divorce shortly after his conviction. Over the years, Allred has spoken freely about Bray, who committed suicide in 2003, but she rarely discusses her second marriage, even in her memoir, in which she doesn’t even identify William by name. When asked about the union, she’s been cagey. “There’s nothing in any article that will explain what really happened,” she told Los Angeles magazine. “I’ll just leave it at that.”

In other areas of her life, Allred has been less reticent: in fact, the media-savvy attorney continues to grab headlines. An October 2017 New Yorker piece reported on Allred’s work with former marine Marisa Woytek to make nonconsensual sharing of intimate photographs a violation of the Uniform Code of Military Justice; her representation of 33 of the women who have brought charges against actor Bill Cosby; and her work on a lawsuit against President Donald Trump, accusing Trump of past sexual misconduct.

And what does Bloom make of her dynamic mom? As Bloom told Page Six in July 2017, “My mom has always been an inspiration to me since I was a teenager and she started becoming an advocate not only for women, but for people of color, for union members—she used to be the head of our local teachers union before she was a lawyer and I would be on picket lines with her when I was a little kid. We would march for the Equal Rights Amendment. . . . It was just second nature to me that, of course, you have to fight for the underdog.”

Hall of Fame Civil Rights solo mom in the spotlight