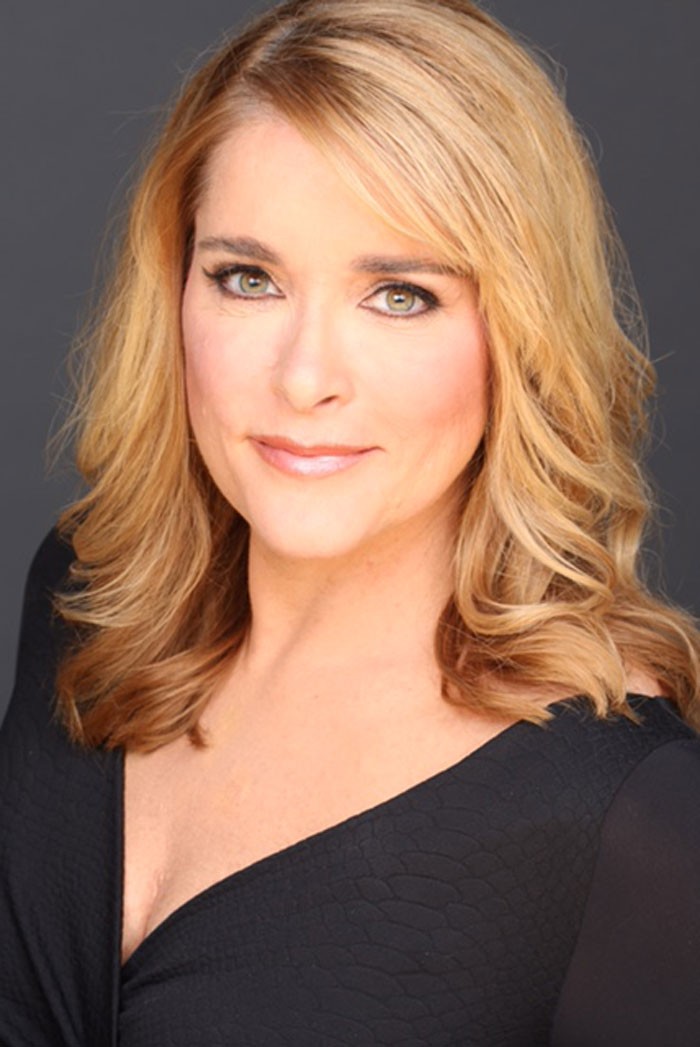 It takes an army

Courtney Kealy has worked as a breaking-news television and radio correspondent and foreign news analyst for more than 12 years, covering top international and national stories. As a staff television senior reporter for Al Jazeera America, she reported foreign-policy stories on the Syrian war and refugee crisis, Iran nuclear talks, and protests against the New York Police Department. She has covered many major U.S. news stories, such as the Boston Marathon bombings and the Newtown, Connecticut, school shootings.

As the Middle East television correspondent at Fox News, she covered the trial and death sentence of Saddam Hussein and was repeatedly embedded with the U.S. military. She has produced in-depth segments on the “Arab Spring,” Al Qaeda in Yemen, the ongoing turmoil in Iraq and Gaza, and U.S. troops in Afghanistan. Yet her career could not fully prepare her for the tragedies her own family experienced.

Here, Kealy talks about raising her two nephews, relying on the help of others, and surviving unimaginable grief with her sense of gratitude and humor intact.

A: I don’t actually refer to myself as a mom because I’m not a mom. I call myself “an aunt who parents.” Five years ago, my brother, Sean, died of a massive heart attack at the age of 45, in front of his kids. Their mother, who had terminal cancer, died 18 months later. The boys were eight and 12, respectively, when their father died. I feel strongly about honoring their father, and their mother, Cara, a beautiful, courageous woman who fought until the end of her life to stay alive for her children. I don’t want to take on the word Mom when the boys already had her. And my brother was an amazing, involved dad. I keep him alive for the boys by sharing my memories of him at different stages of his life. Neither of them can ever be replaced. Everyone wants to attach a label, but it’s a complicated situation.

Q: But you are their primary guardian?

A: Yes, with my mother, their grandmother. My own father died after Cara died—another unexpected loss. So, the boys and I moved out of my brother’s place in the suburbs to my rent-controlled apartment in Manhattan with my mom. In terms of nurturing, advocating, being present, being loyal, going through all the great and tough stuff with them, I am their parent.

Q: Given the regions where you’ve worked, how have these events shifted your perspective?

A: I was working in the Middle East for Fox News when all these terrible things started happening to my family. It was important to me to be with them and also to shed light on the stereotypes that were forming about the Middle East after 9/11. I was traveling back and forth between Baghdad and home. I’m wearing a helmet and flak jacket, surviving bombings on the other side of the world, and tragedy keeps hitting my affluent white brother and sister-in-law in the suburbs of the United States. The recession crashed their business. Their house was under water. Here are these privileged Americans, and they have no income, medical bills they can’t pay. Sean had a checkup for life insurance and was pronounced healthy; they didn’t know he had a clogged artery in his heart. Two weeks later, he was dead. His life insurance wasn’t filed in time. His death was a shocking twist that no one saw coming. It makes you think about Americans who don’t have the kind of support we have.

Q: How did becoming a parent impact your career?

A: I was going back to my Jerusalem base when my brother died. I had been there for two years and was eager to get back to work; I was covering the so-called Arab Spring. I had just visited my family and was on the plane to Jerusalem when it happened. Within four hours, I was on a return flight home. I never went back to the job.

Fox was supportive; the network made me a national correspondent for radio. I was living in my deceased brother’s place in the suburbs with Cara on life support and the boys and working on stories about [disgraced New York congressman] Anthony Weiner and [former Penn State football coach] Joe Paterno and football and holidays. It was reverse culture shock. I couldn’t relate. I was grateful to Fox, but raising the boys meant I needed more money. We moved into my apartment after Cara was taken off life support. I managed to land a competitive New York–based job at Al Jazeera America, which had just launched. It was rough seeing friends win awards for their coverage of the Middle East while I was crippled with grief back home. But I discovered I could really explain the complexities of the region without being there, doing news analysis. So while I couldn’t continue my old life, I continued to grow my career and keep my connections.

I’m in transition again. I’m going on the air as a foreign-affairs analyst and working with a publicist. Sometimes I have to close my bedroom door and have an in-depth conversation or Skype with a TV channel to talk about Aleppo or Mosul and then it’s back to homework and bedtime. I’m grateful to have more time to enjoy being with the boys. It’s been humbling.

A: People kept saying to me, “You’re a single mom now, you’re a single mom,” and I’m like, “I don’t want to be a single mom!” It wasn’t the plan. I was OK with not having kids. I would have adopted a child, but not without a partner to parent with. I still want it all; I don’t think I’m “done” yet. I think we are the new family model. We have three generations under one roof. It’s about taking care of each other. I have what I call my “Verizon Network” of friendships. The support from my childhood friends has been epic. We tell each other when we feel alone, and we all have a dark sense of humor. Sometimes we just laugh at how awful things can be, and it helps.

Q: Have you been surprised by the challenges of parenting as compared to those of working in a war zone?

A: No one tells you about the excruciating moments in parenting, the sheer tedium of homework and dinner and teenage eye rolling night after night. I came into parenting in the middle of things; I missed the toddler years. No one can prepare you for teenagers—if they did, people would not procreate! And I’ve had to learn to ask for help and say thank you as many times as it takes, and realize that not everyone can help or that different people can help in different ways. It takes courage. Courage isn’t something you have—it’s something you do.

As a parent, you have to get s--t done. My career has helped me with that. I’ve needed an army of support, and I know how to assemble a great logistical team. Instead of running a foreign bureau with a cameraman, an engineer, and a translator, I’ve got my friends, my mom, teachers, neighbors, and the guys at the hardware store and the bike shop.

Q: What’s your proudest moment as an aunt who parents?

A: For my last birthday, my nephew Harrison wrote me a beautiful letter. He thanked me for being there for him and his brother, and for telling him the truth about his mom when she was dying, and for giving him enough room to still be a kid. That is what I’m most proud of, that despite everything, they’ve still been able to be kids.