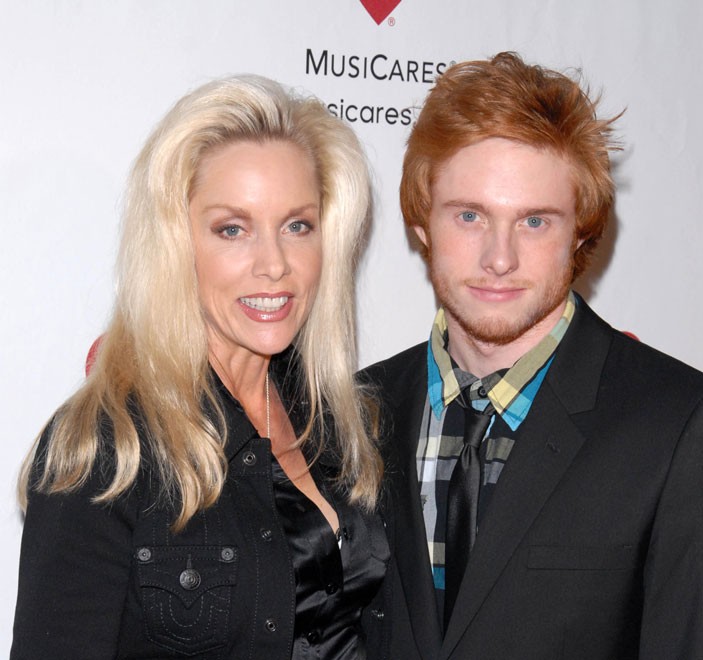 In the 1970s, 15-year-old musician Cherie Currie was asked to front Los Angeles rock band The Runaways. She teamed with band members, including Joan Jett, to create a tough, aggressive sound that continues to influence female rockers today. She patterned her look after her idol David Bowie and cultivated a resilience that has served her well as she’s weathered life’s changes. Still a musician, Currie is also an expert chainsaw sculptor, with a gallery of her work located in Chatsworth, California. She’s also Solo Mom to Jake (Currie and her husband, actor Robert Hays, divorced in 1997). Currie is proud of her son, who is an accomplished musician in his own right. As she told iconvsicon.com in April 2015, “I knew from the time [Jake] was 13 years old that he had something pretty special, so I started taking him with me to do radio interviews and had him play to back me up. He just took to music like a duck to water!” Jake has his own band, dark indie rock group Maudlin Strangers, but he’s there to support his mom too. When Currie released her album Reverie in 2015, he played multiple instruments on the record and also handled production duties. “I think it was a monumental challenge for Jake because he was also making a record for his band . . . at the same time,” Currie mused. “The poor kid was juggling two really important projects, and he really came through for me!” The deep affection goes both ways: Jake’s recent Facebook shout-out to his mom read in part, “Thank you for . . . giving me the privilege of having you in my life, and for always encouraging me to pursue my dreams even when I doubted myself.”