Britney Spears: Mom All the Way 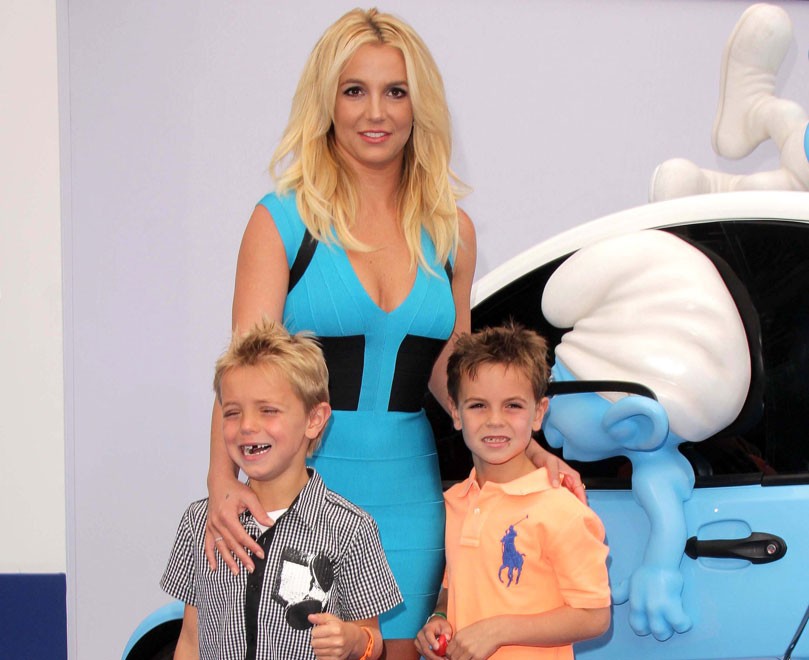 Audiences have known Britney Spears since she was a kid on The All-New Mickey Mouse Club. They’ve known her as the Princess of Pop; they’ve seen her kiss Madonna onstage. But the role to which she is most devoted to is Solo Mom of her sons, Sean and Jayden. As the singer told Vegas Magazine, “When I’m being a mom, I’m mom all the way.” In fact, one of the things she has loved about her current show at Planet Hollywood Resort and Casino in Las Vegas, Britney: Piece of Me, is the stability it gives her family. “I think I’ll be able to live a normal life with my kids,” she noted before beginning the gig in 2013. The boys also inspire their mom: Spears has said that Sean and Jayden keep her in touch with musical trends. “I usually love what my kids love,” the singer told MTV News. “They are really smart about what they listen to, and they have really good ears.” They’ve even participated in some of their famous mom’s projects. When Spears recorded “Ooh La La” for the Smurfs 2 movie soundtrack, it was with her boys in mind: they loved the Smurfs and even appear in the song’s video. As Spears tweeted following the video’s release, “Can’t nobody get down like us ;).”