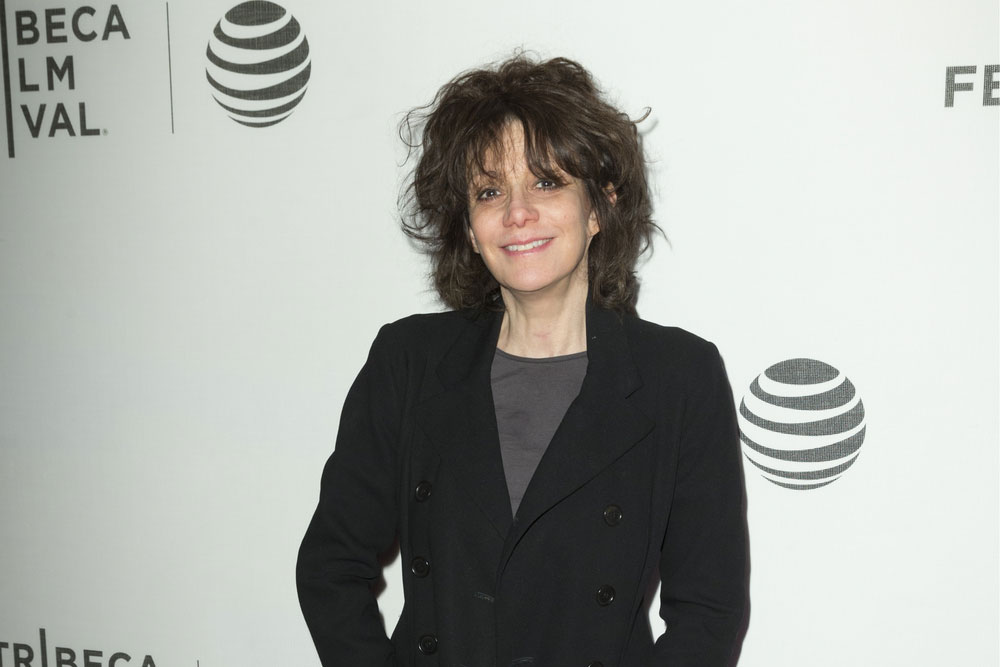 Amy Heckerling has a knowing eye for adolescence; in films as disparate as Fast Times at Ridgemont High and Clueless, the director and Solo Mom captures the randomness, hormones, pain, and possibility inherent in the teen experience. And she’s done it on her terms. Surfing highs and lows in a career that’s spanned decades, Heckerling has survived—even thrived—as a director in an industry notorious for its double standards when it comes to women. As she told IndieWire in 2016, “It’s, what is it, Ginger Rogers? ‘You can’t just dance with Fred Astaire, you’ve got to do it in a long dress and high heels and backwards.’” If her take on the industry isn’t exactly starry-eyed, she’s a realist—and she’s resilient. “The world’s always going to tell you no,” she said. “You need that little voice inside you that goes, ‘Smack them off!’ It’s hard to think of grabbing a spear and going out there, but, fuck it. Do it.” And she has passed that grit on to daughter Mollie.

Mollie is the product of Heckerling’s brief marriage to director Neal Israel. Though Mollie is not a “girly girl” and never really had much to say about the lives of characters such as Alicia Silverstone’s Cher in Clueless, she’s appeared in bit parts in a few of her mom’s films. In fact, she was a fixture on Heckerling’s sets from infancy on. In one of Mollie’s earliest production memories, shared with the Ringer in 2016, “I was crying and Mom passed me off to my grandma, and when they called that they were rolling I just stopped crying and said, ‘Shh! Quiet on the set! We’re rolling!’”

Heckerling concurred proudly: “She used to stop crying until she heard cut.”

Mollie’s birth was a creative turning point for Heckerling, who was languishing in a period she’s called “director jail” after her film European Vacation bombed. She had found herself in the unenviable position of having to prove herself all over again. But becoming a mom inspired the most lucrative success of her career: Heckerling, tired of directing other people’s scripts, decided to create her own and wrote the film Look Who’s Talking. The idea sprang from how she and Israel, new parents, would crack each other up doing voices for newborn Mollie. The movie that resulted, which Heckerling also directed, was a smash hit, grossing a jaw-dropping $297 million worldwide when the budget had been $7.5 million. But amidst the success of Look Who’s Talking, two women filed a $20 million lawsuit alleging that Heckerling had plagiarized their student film. The studio, TriStar, eventually settled, and though Heckerling is legally barred from discussing the suit, she can say this: “I was very bummed out. When I should have finally had a moment of feeling good, it immediately turned to crap.”

But Heckerling is a realist and a survivor, traits it could be argued were established early on. Born in a Jewish neighborhood in the Bronx in 1954, she lived in a building populated with a significant number of Holocaust survivors. Heckerling remembers running errands with her parents—visiting the butcher, the baker, the pickle guy—and how it was routine for them to roll up their sleeves and show little Amy their numbered tattoos. What was the effect of this early exposure? “I guess it teaches you that the world is not a place that particularly likes you,” she told the Ringer.

Be that as it may, the resilient Solo Mom has continued to create, directing episodes of shows such as Gossip Girl and Red Oaks, and working on a film that is historical in nature. “[The new film is] something that takes a lot, a lot, a lot, of research,” Heckerling told IndieWire. “I’ve been reading, and reading, and reading, and every day, I’m like, ‘Oh, my fucking God, that happened, and they did that and that?’” If she’s not sure the film will be a “hit” in the traditional sense, she’s found ways to navigate those concerns. As she said, “I can only work on it really, really, late at night, when there’s absolutely no other voices in the universe, because they’ll just say bad stuff.”

As for Mollie, she’s grown into a creative dynamo, working in film and stand-up; she’s even been in a rock group. Heckerling seems somewhat awed by her daughter’s multiple talents. “She’s all over the place,” she shared with the Ringer. “And it’s weird . . . kids seem to do a lot more different things [now]. I was focused on this one thing.” Mollie, for her part, is effusive when she describes what she learned about directing from growing up on her mom’s sets; the love and respect she feels for her Solo Mom is clear. “[Mom] always knows what she wants and she always talks to everyone with respect,” she said. “The crew loves her. To me it’s just, you show up, you do as good a job as you can, and you try to work on things that your heart is really in. You’ll see a lot of people that just work on the same old crap and they don’t really seem happy or they land a big deal and they treat everyone like garbage and then they blow it all. The one thing my mom’s taught me in everything is that slow and steady wins the race. You just keep doing it.”