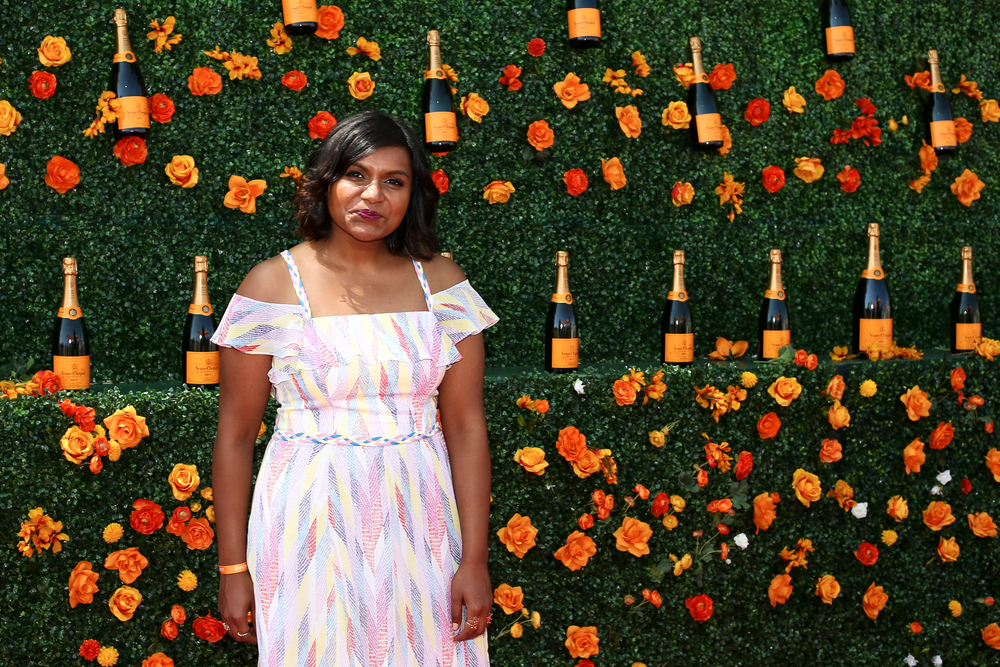 In the NBC comedy Champions, which premiered in March 2018, actress/comedian/writer Mindy Kaling plays Solo Mom Priya Patel. While her character parents 15-year-old son Michael, in real life, Kaling is Solo Mom to daughter Katherine Swati, born in December 2017. Kaling, one of the show’s creators, is aware of the inevitable reel-/real-life parallels but is also clear about the differences.

“The biggest difference between [me and Priya] is that she feels kind of lonely and is looking for some excitement,” Kaling told Today in March 2018. “I have too much excitement in my life, and I want to chill. I want to go home and sleep a little bit.” If Kaling’s schedule is a little crazy, she nevertheless manages to make chilling out as a family a priority: sometimes Katherine comes with her on set, and the two just hang out in her trailer. As Kaling says, “We just make it work.”

And the actress isn’t going it alone. “I’m lucky enough that I can afford to have help,” she said. “I don’t have a husband or mother. How can I make this easier for myself?” Kaling’s mom died of pancreatic cancer in 2012. And Kaling has remained mum about the identity of Katherine’s father, a seemingly remarkable feat in a social media–driven world.

While gossip about who the dad might be has been rampant, and probably inevitable, she and her fans have actively embraced her status as a Solo Mom. No surprise, really: Kaling has been forthright about her desire to have kids. She crafted a pregnancy story line for her character, Mindy Lahiri, on her show The Mindy Project, which ran from 2012 to 2017. And in a 2015 Yahoo! Style interview, the actress was clear about her desire to have a child. “I think I’ve decided that unlike everything else in my life, I’m going to be fast and loose about kids,” she said. “I’m going to not actively plan, but if it happens, it would happen.”

She hasn’t always felt that way. As Kaling told Stephen Colbert in March 2018, “I was not a kid person at all. I was a person who, if you had a baby at a party, I would go up to them, shake their hand, and be like, ‘Hello!’ I didn’t understand how to be around babies.”

And now, of course, Katherine has happened, and Kaling not only knows how to be around babies but also celebrates it. “She’s incredibly easy to make laugh,” Kaling has said of her daughter. “It’s very nice, actually, because versus my real job, where it takes so much effort to make these shows and everything . . . I just sing The Sound of Music to her. It’s the best.”

Kaling, who has also recently appeared in the film A Wrinkle in Time and is part of the ensemble cast of Ocean’s 8, currently in theaters nationwide, now pursues her work with little Katherine in mind. As the actress told Today, “I work harder because of the kid. I want to do things she’ll be proud of [when she’s older] and tell her friends about.”