Myrlie Evers-Williams: “I Am Me” 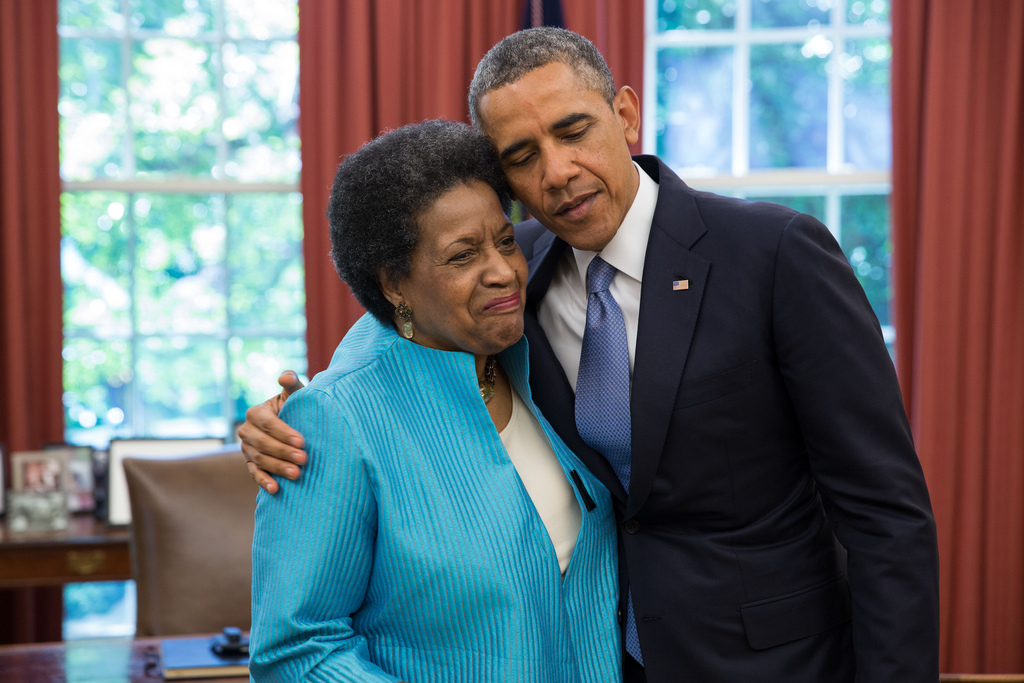 Myrlie Evers-Williams married Medgar Evers on Christmas Eve in 1951, and the couple had three children—Darrell, Reena, and James—before Medgar was assassinated by a white supremacist. Myrlie had worked alongside her activist husband for years before his death; Medgar was the Mississippi field secretary of the National Association for the Advancement of Colored People (NAACP), and together, the couple fought for equal rights for Mississippi’s African American citizens. As a result, they were targeted by pro-segregationist terrorists, which meant it became mandatory to teach their children what to do in case of an attack on their lives. (Years later, James Van Dyke Evers remembered to NPR what they taught him and his sister: “If you hear shots, drop to the floor and carefully crawl to the bathroom. Get in the tub. You’ll be safe there. Watch out for your brother.”)

On June 12, 1963, Byron De La Beckwith, a fertilizer salesman and Ku Klux Klan member, shot Medgar through the heart. All-white juries deadlocked twice in 1964 over his guilt, creating mistrials. But Myrlie was tireless in her efforts to convict her husband’s killer. Thirty years later, on February 5, 1994, new evidence finally convicted De La Beckwith, who spent the rest of his life in jail (where he died in 2001 at age 80). “I saw it as a moral issue,” Evers-Williams told the New York Times Magazine in 1994. “A society should not allow murderers to go free. People long for justice, you know.”

Immediately after Medgar’s death, Myrlie faced some difficult decisions. “I was 30,” Evers-Williams told the New York Times Magazine. “I had dropped out of college to marry Medgar when I was 18 and now I had children, ages 3, 8, and 9, looking to me.” The Solo Mom had bills to pay, and when the NAACP offered to continue to pay her Medgar’s salary if she would make appearances on the organization’s behalf, she said yes. It was a challenging time. “Every weekend I was away making speeches. My eldest son began to fear that I, too, would be killed. He stopped talking and he could not hold down his food. And I was suicidal. The only reason I struggled to stay alive was the promise I’d made to Medgar to take care of the children.”

Compounding the stress, their home, instead of being a haven, now haunted the little family: Medgar’s blood still stained the concrete. Their refrigerator had a dent made by the bullet that had killed Medgar. The couple had always talked about going to California, so Myrlie moved with her children to Claremont, a college town 30 miles from Los Angeles. There, things improved. Though Myrlie was surprised to discover, upon moving, that Claremont was all white, she and her children enjoyed freedoms they’d been denied in Mississippi. “On the whole, the new environment proved good for the children,” she said, “though I would have liked a more balanced racial mix. Sundays, I took them to nice restaurants, something we’d been barred from back home.” Myrlie enrolled in Pomona College; after her graduation, the Claremont Colleges hired her as development director. “There was satisfaction in finishing my education and having a career,” she has said. Her journey of self-determination continued in 1970, when she ran for a congressional seat and changed her political ticket from “Mrs. Medgar Evers” to “Myrlie Evers.” “That was my first time of really saying, ‘I am me,’” she told CNN in 1999. “I’m a person, an individual in my own right. I want to move forward with the rest of my life, being me, not The Widow Of. . . . ”

In the mid-1970s, Myrlie married Walter Williams, a longshoreman and civil-rights activist. (The couple were together until Williams’s death in 1995.) And Myrlie’s own work as an activist continued. She continued to speak on behalf of the NAACP and eventually served as chairperson of its board of directors from 1995 to 1998. In that role, Evers-Williams took it upon herself to improve the organization’s financial status. She also helped restore the NAACP to its former glory: by the mid-’90s, the once-prestigious organization had entered a difficult period marked by scandal, and as chairperson, Myrlie worked to restore its tarnished image. “We need strong leadership, which I hope will include more women at the helm,” she told the New York Times Magazine. “We need leaders who guard the monies of the association very carefully—and who do not abuse the privileges that come with leadership.”

In subsequent years, Myrlie established the Medgar Evers Institute in Jackson, Mississippi, and wrote her autobiography, Watch Me Fly: What I Learned on the Way to Becoming the Woman I Was Meant to Be (Little, Brown and Company, 1999). The book, which discusses the dangers her family faced during the civil-rights movement, also details her life as a Solo Mom after Medgar’s death. “I am so proud to have been Medgar’s wife, the mother of his children,” Myrlie told CNN around the time of the book’s release, adding, “I know who I am, and I will continue to do my thing.”

In January 2013, Evers-Williams delivered the invocation at President Barack Obama’s second inauguration. Her children were there to support her; they clearly are proud of their mom and all she has accomplished—not only in a global sense but also on a personal level. As James, who has two sons of his own, told NPR that year, “If I can do nearly as much as what my mother has done in family, togetherness, tightness of a unit, I’ve been successful.”