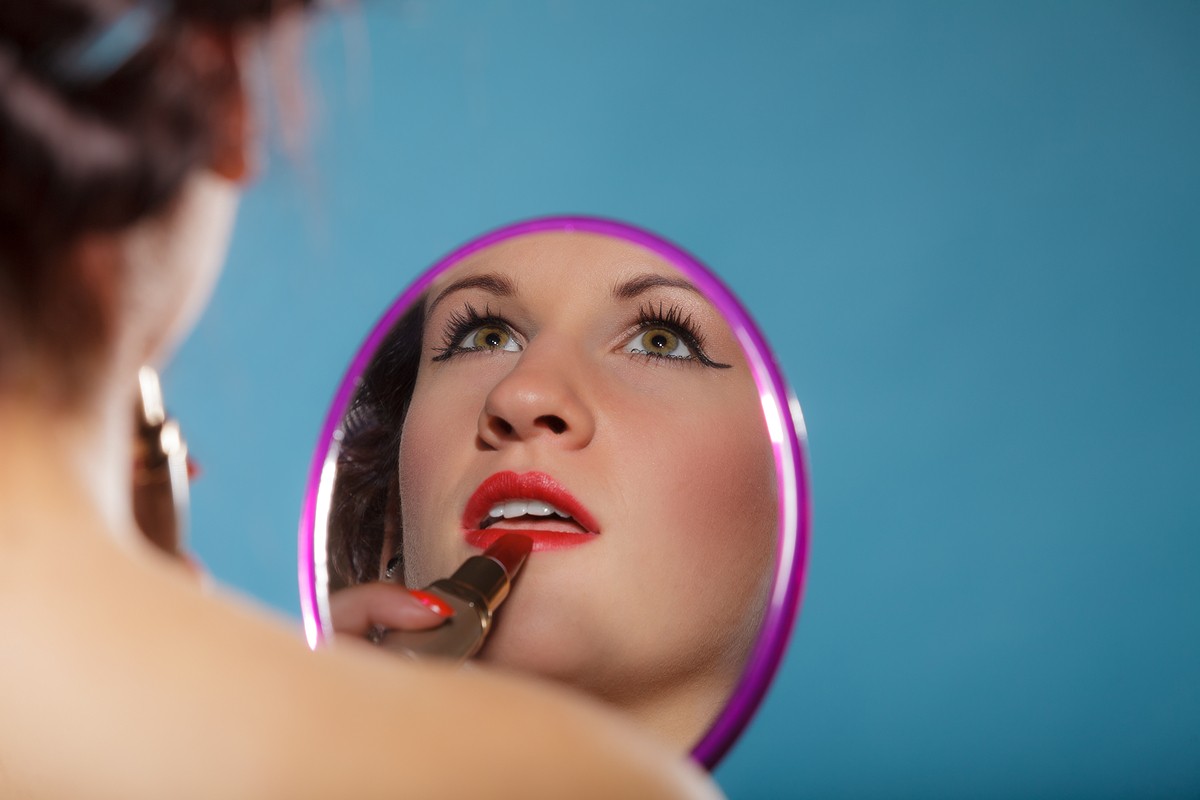 When the best-laid plans go awry

2. an offensive word or phrase used to express anger

inexplicable phenomenon wherein a woman performs an action in anticipation of sexual intercourse, then does not get laid

Every day (and with every dude) I was discovering new things on my Tinder adventures. The world of dating had changed radically since my predivorce, premortgage, carefree days of landlines, pagers, and Depeche Mode. I’d been a wife and mother. I wore aprons, baked cookies, and took my children to The Sound of Music sing-alongs. I’d yet to be exposed to magic, sorcery, and the supernatural. I knew nothing of witches, spells, and yoga. Legends, myths, UFOs—WTF? But thanks to Tinder, I discovered the world of phenomena—things beyond human understanding or explanation: nuclear division, Stonehenge, Jesus on a tortilla. And the most insidious and baffling of all—the Tinder Curse.

“The Tinder Curse?” you ask. Here’s how it goes:

You and your Tinder dude are picking up steam. Date number three (aka, “the sex date”) is looming: “We have such chemistry.” “I don’t have the kids Saturday night.” “Saturday is going to be the BEST! NIGHT! EVER!”

You begin preparing for Saturday on Tuesday. You may as well be prepping for your wedding day. You plan a special evening, clean the house, buy new sheets, and do every face and body beauty preparation known to the universe. You even have your ass waxed.

It’s Friday night. Just one more day until the waxing burn goes away. Timing is perfect.

Then it happens. In any variety of ways, and for any number of reasons, he cancels. HE CANCELS! You come unglued. After all, you just spent $500 in anticipation of getting laid.

You have two options:

1. Be rational and rightfully peeved. Delete him from your Tinder account, cell phone, Facebook, and go out with a girlfriend on Saturday, looking like a million bucks.

But most likely you will go for option number two:

2. Have a psycho Tinder meltdown:

1. informal: an outburst of severe emotional distress; a nervous breakdown, generally caused by Tinder incident. They wondered what could have triggered her Tinder meltdown.

2. an accident in a nuclear reactor in which fuel overheats and melts the reactor core, generally caused by Tinder incident.

You drunk text him, drunk dial him, cry, and have his name tattooed on your hair-free ass. Or you take my approach and do a combination of all four, and throw in a picture of your tits for good measure.

Regardless, you have been struck by the “Tinder Curse,” and there ain’t nothing you can do about it. You are NOT getting laid Saturday night.

At first I thought I was alone in the supernatural, my curse a deep, dark secret akin to a third nipple. I thought I was the only woman suffering the pain of last-minute sex-date cancellation, followed by deep disappointment, topped off with half a bottle of vodka and panic. But in a 2:00 a.m. drunk, despairing call to a girlfriend, I discovered I was not the only one who’d been struck by The Curse. There were, in fact, many other women who were despairing, drunk, and pube-free. Together, we sisters in sexual frustration began to piece together shared experiences and several patterns started to emerge. Based on our extensive anecdotal evidence, we discovered the existence of the following:

The curse of the bikini wax

Be it bikini, backwoods, or full-forest removal, if you wax on, wax off—there’s no waxing ass.

The curse of the spray tan

He is going to see you naked. You need to cover the stretch marks, cellulite, and C-section scars. You loofah, spray tan, and care for your tan like a two-week-old baby—you’re doomed.

The curse of the getting your hair done

The curse of the taking him to dinner

He’s taken you out for two nice meals, and now it’s time to return the gesture. You graciously pick up the bill—he picks up and runs.

The curse of the taking him to the concert

You purchase tickets to a concert. Your ex always handled concert tickets, so you are in a new, vulnerable, and expensive world. The show is 80s rock so you know the dude will love it. You go. You drink beer. You rock out. It’s the BEST NIGHT EVER. After the concert, he kisses you good night—you never see him again.

And what’s worse: you don’t get laid!

So while man or science may never tangibly understand the phenomenon, following hundreds of hypothetical debates, thousands of scientific experiments, millions of comprehensive surveys, and billions of hours of first-person research, we’ve without a doubt proven the existence of a Tinder Curse.

How do you catch a cloud and pin it down? How do you keep a wave upon the sand? How do you hold a moonbeam in your hand?

You avoid the curses at ALL COSTS. Even if it means fighting Nazis and climbing the Alps to get to America where you secure a recording deal and have an Academy Award–winning film made about you.

Stay away from the Tinder Curses.

You may end up an über pale chick with gray roots and a full bush—but at least you’ll get laid.