When It Comes to Dating, Solo Moms, Embrace Who You Are! 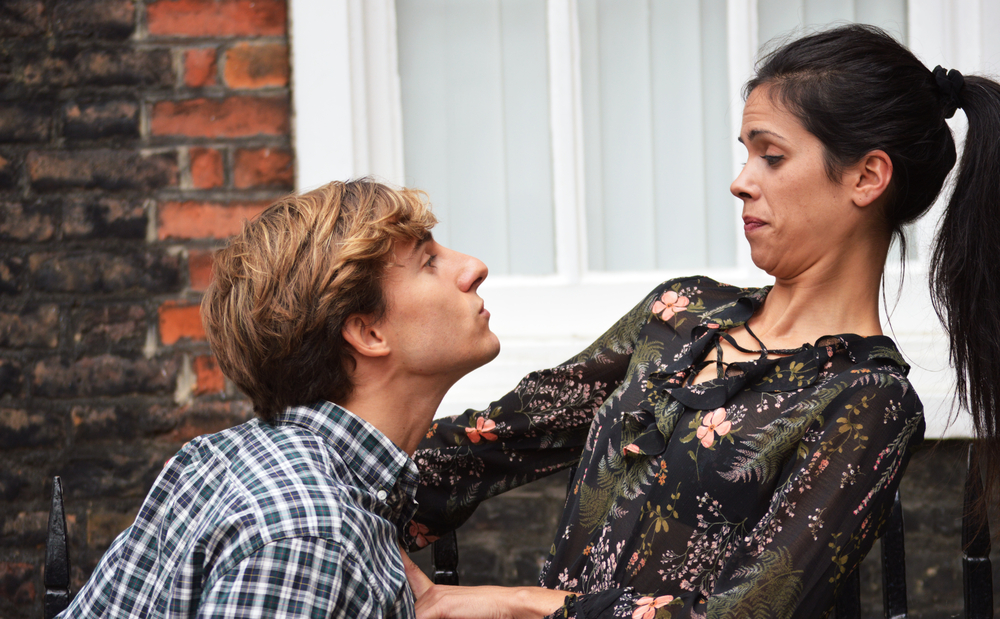 Date. For some of us, that’s the four-letter word. It’s the scariest word there is. There’s so much riding on a date, especially the first one, that a predate meltdown is justified. It’s not simply about what you wear, but about how you will come across and what your date will be like in person.

This is your chance to get it right. It’s your opportunity to be more selective and cautious as you search for the perfect partner for this stage of your life. Now, as a Solo Mom, your requirements are different. Whether you want a parenting partner or not, whoever you date must be comfortable with your priorities as a mother. It’s time to be strong and stand up for yourself from the first hello.

But how should you do this? What should you say, do, or even consider when dating? After speaking to several women who’ve navigated the dating scene postdivorce, we’ve narrowed it down to the three most important tips that will give you the knowledge and confidence you need to turn the word date into something you smile about.

1. Be honest and up front about what you want.

The most important rule of all: be honest with yourself and your date. Trying to appease your date or hide your true intentions will only backfire later. Being preoccupied with coming across “just right” will be challenging to maintain. If the date goes well, it should be because the two of you connected with each other honestly, not because of who you pretended to be.

“You don’t owe anyone anything,” says Kathryn Peterson. “When I began dating after my divorce, I think I worried too much about hurting other people’s feelings to the point that I didn’t think about what would be hurting me. So now I go by the adage that we have to protect ourselves first and foremost.”

For Sue Sullivan, she believes that divorcing at age 50 gave her the ability to put herself first. By doing so, she was always honest with who she was and what she wanted.

“I wasn’t someone who was trying to be agreeable on a date,” she explains. “I’m very outspoken, and by the time I met a date, they already knew that. I also didn’t care that much if I were in a relationship, so if I met someone, I didn’t care what they thought about me. That was such a strong weapon, and it came from a really genuine place. It was very empowering.”

Protecting and empowering yourself also means being honest about your children. That key piece of information shouldn’t remain a secret in order to attract a partner. Your children play a significant role in your life, and anyone you date should understand your priorities.

“From the very beginning, your kids should be in the conversation,” recommends Dr. Patricia Papernow, author of Surviving and Thriving in Stepfamily Relationships: What Works and What Doesn’t (Routledge, 2013) and a former Solo Mom herself. “They should be an initial part of the conversation but shouldn’t be involved. Kids are not an afterthought, and kids matter a lot. If this person cannot manage the reality that you’re a single mom, you will be disappointed and heartbroken.”

2. Determine the type of relationship you’d like before you begin dating.

Some women hope to find a new partner, while others are simply looking to have fun. Whichever one you choose, stick to it because opposite goals can ruin a relationship.

“Each time I went on a date, I made it very clear that I had children but wasn’t looking for a stepdad,” Sullivan remembers. “I lead with the thought, Who cares? I’m just looking for fun. I want some sex. I want to have a good time, and that’s it. I’m not looking for anything else. My kids were in their teens and really struggling with our divorce. My son was particularly upset, and the thought of introducing him to someone was nerve-racking.”

For Sullivan, telling men she didn’t want another parent for her children had the opposite effect. She describes it as similar to reverse psychology, with almost every man she dated quickly telling her he’d like to meet her children and move in. But because she was confident about her needs, she turned each one away.

Today Sullivan is in a committed relationship, living with her boyfriend. She met him once she had decided she was ready for a serious relationship. But to make things work, she had to take it slow—slower than even he wanted. Because Sullivan had grown up with a “terrible stepmom,” the couple waited until she was ready before they were introduced to each other’s kids. Staying true to what she wanted in each relationship has made her current one last.

When Peterson’s divorce was finally complete, she met a man whom she began to date. But realizing she wasn’t ready for a commitment, she broke it off.

“He was, in retrospect, a great guy,” Peterson recalls. “I wasn’t ready for as serious a relationship as he wanted—he was five years postdivorce and I was five weeks, so I broke it off about three or four months in. He deserved to be with someone who could care about only him and be emotionally clearheaded, and I was definitely not that person.”

3. “When people show you who they are, believe them the first time.” —Maya Angelou

Papernow stresses that an important part of dating is learning how the other person reacts to you and to situations. Take careful notice of how your date engages in conversation. Are you able to talk? If so, is your date really listening? Does your date ask questions based on your previous answers, or is he talking about himself almost exclusively? Although not listening could be a sign of first-date jitters, it may also be a clear indication that this is a person who will not pay attention to your wants and needs.

“If he’s not gracious, that’s not OK,” Papernow advises. “How is he going to treat you when he wants to make love and you don’t? Or what about when your attention needs to turn to your kids? Pay attention to what doesn’t feel right, and act on it early to see what the response is. In the beginning, you ought to see their best behavior.”

Sullivan said it’s pretty simple to figure people out, as there are specific things to look for.

“Listen carefully,” she suggests. “People reveal themselves almost immediately. Usually you know in the first 15 minutes. They will tell you exactly who they are. A big red flag is if they are trashing their exes. I don’t care how bad the ex is, it’s an immediate no. A lot of men lead with that.”

Papernow agrees, explaining that relationships have two partners. If your date cannot take responsibility for his role in why the relationship ended, then walk away. Even a simple explanation that your date didn’t speak up when his ex was harsh is acceptable. But if he believes he was innocent, rest assured he will take that same approach when conflict arises in your relationship.

And, don’t jump in too quickly! Even if someone appears great initially, remember he is putting his best foot forward, so it’s best to take your time. There are things that may come out as the relationship progresses.

“I remember when I was dating, my mentor said to me, ‘It’s going to take a year or two to really know if someone is right for you,’” Papernow remembers. “I thought I was going to kill her. But she was right because you don’t see the whole person right away. However, if you do see something that initially concerns you, pay attention to how much it matters to you as your relationship evolves.”

The bottom line? Dating as a strong Solo Mom means embracing who you are, paying attention, and listening to your gut.

“Be you—it’s not healthy to live any other way,” Sullivan encourages. “It’s going to come back to haunt you. The more you can step into yourself, the better your life is.”