Revisiting the Book “He’s Just Not That Into You” 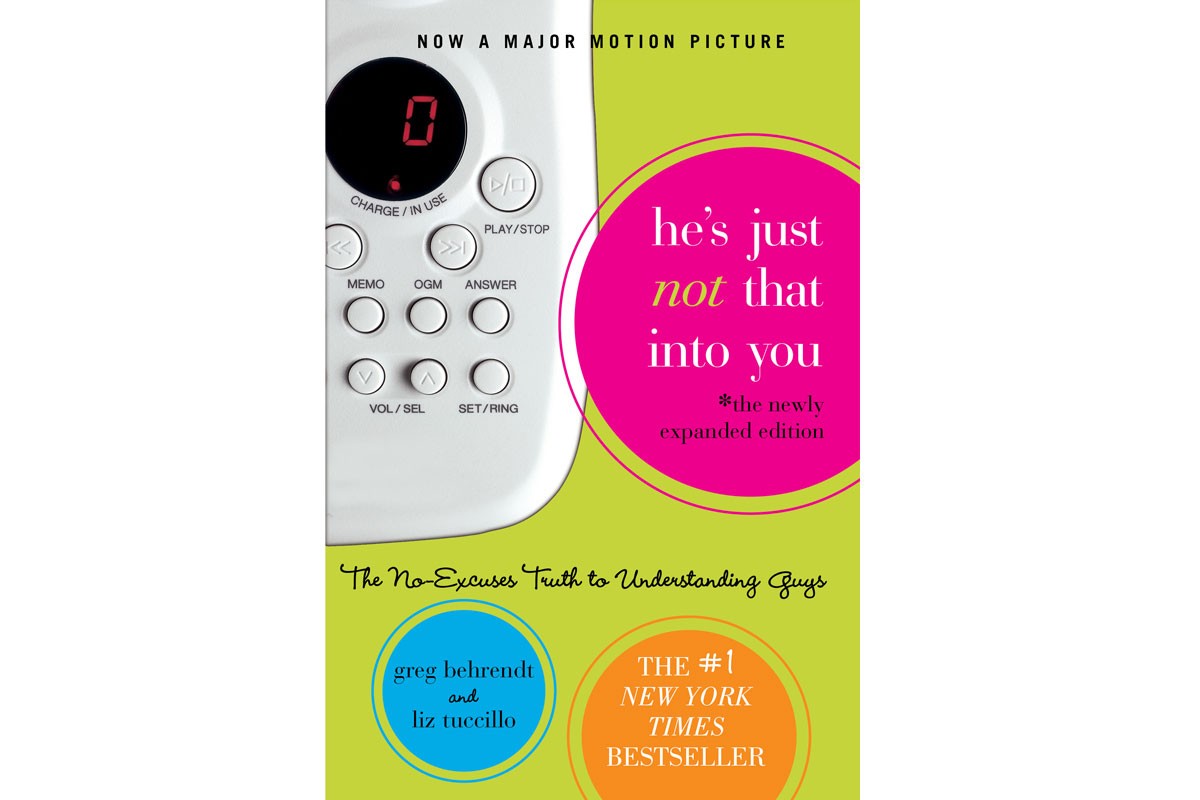 This book can rescue your dignity

“We—this book—will always be here to remind you of what a superfox you are. Please read it when you forget. You are far too precious to let any man make you feel like less than what you are—a magnificent woman worthy of great love.” —Liz Tuccillo

I second that emotion!

Yes, He’s Just Not That Into You (Gallery Books, 2009) is 10 years old. Yes, it was made into a movie. And, no, it doesn’t matter (especially the movie) because the information contained in this book is extremely important—and timeless.

I pass out this little literary gem to all my single mom friends who, upon completion of childbirth and a stint in divorce court, find themselves reentering the dating world. I give the book, not as a jokey gift but as a gesture akin to the “just in case” emergency kit one tucks away in her 10-year-old daughter’s backpack—with a clean pair of panties, a sanitary wipe, and a mini pad.

For my more seasoned peeps, the novel carries significance on par with the Bible. In fact, we refer to it simply as “The Book.”

The fascinating phenomenon of us gals returning to the world of romance is that, as if via time travel, we magically return to our teenaged selves—and not in a good way. How successful, intelligent, beautiful women can be reduced to blubbering, anxiety-ridden basket cases simply because a man hasn’t returned a text is a timeless and cosmic riddle.

We overanalyze: “What does it mean?” “It’s been three days since I sent him the smiley-face emoticon! It’s been three hours . . . three minutes . . . ” We rationalize: “Maybe he’s busy.” “Maybe he’s scared.” And my personal favorite (because I have actually used this rationale), “Maybe he died, and nobody knows to inform me. After all, we’ve only been dating for two weeks.”

And so begins the Facebook creeping, Instagram lurking, and compulsive googling to deduce if he is, in fact, dead.

Who would know better than Greg Behrendt, the only straight male writer on our beloved and much missed Sex and the City. After many a day sitting in a writers’ room with successful, intelligent, beautiful female cowriters as they bemoaned and analyzed every one of their current dude obsessions, Behrendt proclaimed the truth we single women dread the most: if we have to even entertain these insecurities, well, “he’s just not that into [us].”

Behrendt and coauthor Liz Tuccillo put this revelatory piece of advice into literary form, and with thousands of books sold, a number-one New York Times best-seller distinction, and a movie, the rest is dating and mating history.

The book is presented in a point-counterpoint fashion: fictionalized questions (aka thoughts we’ve all had) are posed by fictionalized women (aka all of us), replete with the dumb-ass rationalizations us gals make as to why men don’t respond to us in the way we’d like. Behrendt then gently yet humorously answers said questions with what a man is really feeling and why he really isn’t responding (aka “He’s just not that into us.”) Tuccillo follows with what the fellow would do if he actually were “into us.”

Chapters include dating conundrums such as he’s just not that into you if he’s not asking you out, calling you, dating you, or having sex with you. And chances are he’s still not that into you if he’s having sex with someone else, only wants to see you when he’s drunk, or breaking up with you, etc., which covers pretty much every possible scenario. And let’s face it, girls, we can all relate to this one way or another.

In short, “The Book” is the loving slap in the face we women need to get a grip, maintain our dignity, and move on with our lives.

Tuccillo sums it up perfectly when she writes, “All these years I’d been complaining about men and their mixed messages; now I saw they weren’t mixed messages at all. I was the one that was mixed up. Because the fact was, these men had simply not been that into me.”

Since its initial publication, two additional chapters have been added that address the resulting effects of the book’s message: First, the relief and freedom many of us feel upon realizing he’s not into us and letting him go. Then, the aching loneliness that sets in once the high of liberation wears off, when we tell ourselves, “He was better than nothing.”

We learn this postdespair is normal and human. The added chapters function as a salve to our flawed-yet-beautiful humanity and then pull us up by our bootstraps, dust us off, and send us out into the world again.

This reader came away with the notion that mediocre love is not a reward for despair and loneliness. The reward of walking away from mediocre love is the hope of finding perfect love—the love we all so deserve—and enjoying the process of finding it.

Your dignity is far more precious than any man. And although I may still be single, I am far better off solo and with hope than with someone who isn’t crazy about me—because I’ve already done that, and we know how well that one worked out.