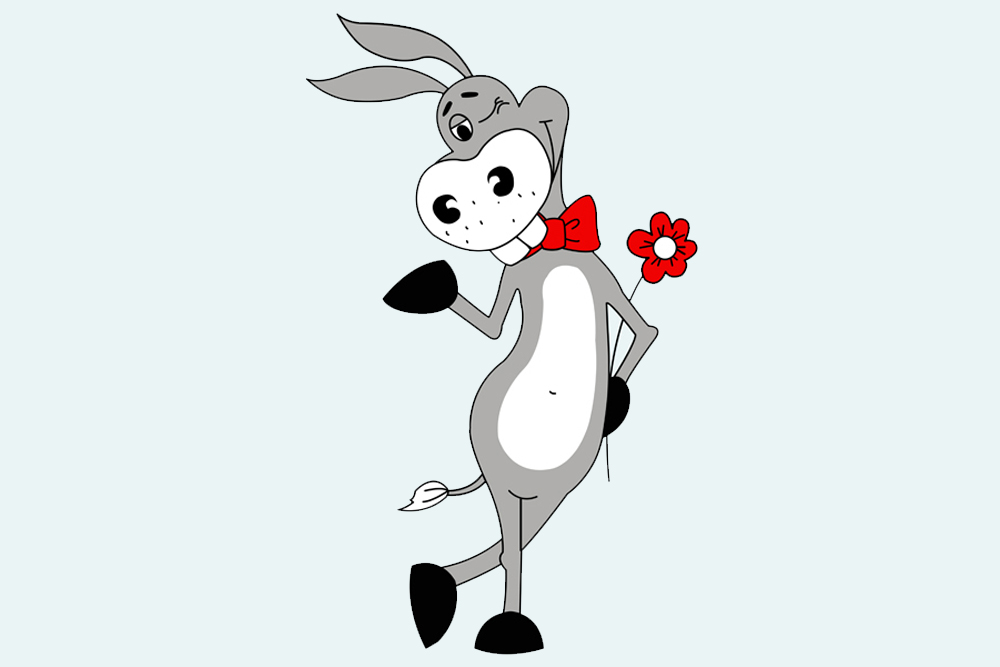 Isn’t technology supposed to make you look less like an ass in the dating world?

With all the technological advances in today’s world, a Solo Mom might assume that the dating world has become less complicated. Perhaps in many ways, it has. With the use of an app right on your phone, it is much easier to connect with eligible people whom one might never have met in real life because of location, time constraints, responsibilities, or a slew of other factors. But with greater accessibility comes great responsibility and also the increased opportunity for making an ass out of oneself. Case in point: the Tinder girl who got stuck in a window retrieving her own poo.

As the friend of Single Mom LPN, I often feel that I navigate the dating world with her sometimes as a voice of reason, sometimes as a pain-in-the-ass friend, and sometimes just as the ass who laughs at the crazy things that manifest because of the online-dating world. So we have compiled a list of dating “ass-haps” that perhaps others maneuvering through this mayhem may recognize.

You might be a dating-app ass if do any of the following:

1. You indirectly insult a potential date. We all have standards. And perhaps at some point in our dating lives, we evaluate our love status and history and think, Maybe I should rethink the type of person I pursue? My “type,” if you will. That’s all fine and good. It’s always positive to try to meet new people and people who are different than the usual kind of person you are interested in. The problem arises when you share this information with a potential date.

“My buddies at work and I, we always rate women on a scale of one to 10. Usually, I tend to date eights and nines, but I am so done with dating women like that. They just attract too much attention, and I’m tired of people drooling over them all the time. I’m really looking for someone who is more of a five or seven, ya know. More average-looking.”

2. You come off as a crazy stalker lady (or man). So, we live in a Google-crazy world. If you’re into the online-dating platform, then it is highly possible that you have googled potential dates, and if you haven’t, perhaps you should start. My friend is the googling queen. As a single mom, she cannot afford to take the chance that a man she meets is a total psychopath or recently got out of jail for murder or assault. She has her safety to think of and that of her son. So, she googles prospective dates before she meets them in person, just as a precaution. I applaud her for this up and down.

What I was not totally aware of was the fact that she calls them out on the shit that she does find.

“Well, couldn’t find any criminal record on you. . . . ” (Yeah, that’s how she started one particular conversation.)

However, in a recent match, she found out that a prospective date had some property issues, “fails to maintain property,” and she was not entirely sure what that could mean, so she called him out on it. The man was quick to reply that there were some issues with the apron of his driveway when he moved in and a dispute arose over who was to foot the bill. However, this guy was totally floored he had been googled and beyond shocked at the amount of information that was freely available on him. (Really, guy? In this day and age, you haven’t googled yourself to see what comes up about you?)

The conversation proceeds about the driveway, but this guy just wants to know how much more my friend was able to discover. Not one to walk away from a challenge, and a smart-ass to boot, she freely shares her newfound knowledge with him.

“You know more about me than I do! I didn’t even tell you my full name! What’s my address?”

“You also have three siblings. And I’m guessing you named your son after your dad.” (I shake my head slowly.)

OK. So this is one of those moments when someone who doesn’t know you may not respond in kind. My friend was screwing around by this point, but this guy was not taking it well. So not well, in fact, that he replied as such: “Holy f**k, you are creepy.”

Now, in the dating world—well, just in the world in general—this is not a good impression to make. However, she had already come off as cute and very personable before this, so the conversation continued past this milestone, and they still agree to meet for their date.

He says, “I’m just shocked. Do you pay money to a website that gives people’s info out?”

“Heck, no,” she says. “I just googled your name and location. Whitepages lists anybody you’ve been associated with. I just sorta guessed at the siblings and such.”

“I’ll give you a pass because your cute.” (Annoying little winky face and a grammatically incorrect “your,” but that’s just my observation.)

“Your fine. [Note the wrong “your” again.] I understand. I just had to make you nervous for a few [laugh/cry emoji]. I’m really looking forward to meeting you!”

Alas, all great love affairs come to an end. It just so happens this one crashed and burned before it even took off.

“I’m going to have to cancel for tomorrow. I’m just weirded out by how someone could easily get info on me like that. I understand your reasoning. But I’m just not comfortable with it. Sorry.”

Her response to this disappointment was heartfelt and endearing: “I was really looking forward to meeting a like-minded parent, someone who understood the struggles and joys of raising a little boy. Seems like we really would have gotten along. I’m really sorry. I’m so scared of meeting crazy people, but I have good reason. . . . ” And then she waited.

Now I’m not trying to be biased, she is my friend after all, and he is a guy who doesn’t know the difference between your and you’re, but I feel that despite her semicrazy ways, her in-your-face honesty is extremely refreshing and his shock at the information available completely uncalled for. It isn’t her fault there is information to find, and her care and caution for whom she lets into her life and the life of her son is admirable and understandable.

Date night comes and goes with nary a word. And then late Saturday evening, her phone whistles at her like a construction worker on-site, notifying her of a text.

“I think I should have given you a chance. I was being an idiot.”

After one date with a guy, my friend goes away camping for the weekend with her son. The date was OK. He was attractive, charming, complimentary . . . completely self-involved and never asked about her once. However, she must have made an incredible impression just sitting there because this potential mate took himself off the dating app in order to solely pursue her, and while she was away on her “momcation,” she kept receiving pictures with the caption, “Do you miss me yet?”

I believe it’s safe to say that waking up in a puddle from all the rain that drenched her camping weekend was better than the possibility of pursuing a relationship further with this guy.

You’re not that missable, guy. Sorry.

4. You try to cover up messaging the wrong person with, “That came out weird.”

So my friend was dating this guy for a few months. They ended up stopping and taking a break, and then she started hearing from him again. There were some red flags that pulled her away in the first place, but then she received this text one night:

To which she replied with the customary, “Huh?” because she wasn’t in a relationship with this guy, and the whole comment was completely misplaced. However, all the guy could come up on with on such short notice was, “That came out weird.”

And the follow-up of, “I’m talking to my ex. She just tried to kill herself. I don’t know what to do to help her but comfort her. She’s on Effexor. And going through withdrawals.” Well, there is just a whole lot that is wrong here with that response from beginning to end, but at least this guy was smart enough to continue with, “Sorry, I’ll leave you alone.” Unfortunately, that intelligence ends as he steps back in the cavern he just dug with, “I’m not with her. Just trying to help.”

My friend, ever the clever girl, came back with, “I see. You almost had me. Almost.”

We’ve all probably messaged the wrong person at some point in our lives or, if not, have read the many screen-shot accounts of those who have, and I don’t know if there is a good way to recover from such a mishap. The better advice here would be: Don’t be an ass and message someone at all if you are still involved with a previous flame. It’s destined to not end well.

5. You are obsessed with your own social media.

We all know that most of the world is social media crazed, and a dating app on your phone is essentially just one more piece of that crazed puzzle. However, if you are attempting to get to know someone for the purposes of dating and not just adding to your list of personal followers, then a greater effort than just updating your status is going to be necessary.

“Well, it’s not going so well. . . . I already pissed him off enough to where he blocked me and unfriended me on Facebook!”

“I asked him how his day was, and he said, ‘Did you see my Facebook post?’ So, I got pretty annoyed because well . . . why the f**k should I have to get on Facebook when I just directly asked you how your day was?”

“Good point.” (See, this is why I’m her friend—because I have such insightful responses to her conundrums.)

“He kept telling me, ‘You should check out my Instagram,’ ‘You should download Snapchat. . . . ’ I got annoyed. So today when he said, ‘Did you see my Facebook?’ I said, ‘Well, I actually don’t spend all day on social media, so no, I haven’t seen it.’ Boom. Blocked.”

To which I would add, “Don’t be an ass. It’s called communication. Perhaps you should try it.”

Dating is tough. Dating as a single mom can be even tougher. The technology a single mom can use today that is supposed to make life easier does not always prove to be the case. What it does do is provide ample opportunity to find the inner ass in each of us.

Dating woes? Did you know ESME has a Dating Resource Guide who will answer questions? Meet Kathleen Laccinole, who knows more about dating than most of us put together!

A former high school English teacher turned stay-at-home mom, Patricia Wood tries to keep it real with her two daughters while blogging and making her way in the writing world. Happily married, she navigates mom life alongside her soul sister, Single Mom LPN, whose friendship has proved invaluable. A Solo Mom ally, you can catch her mom antics on her blog, prettyflyforawhitemom.