My BFF Hijacked My Match.com Profile! 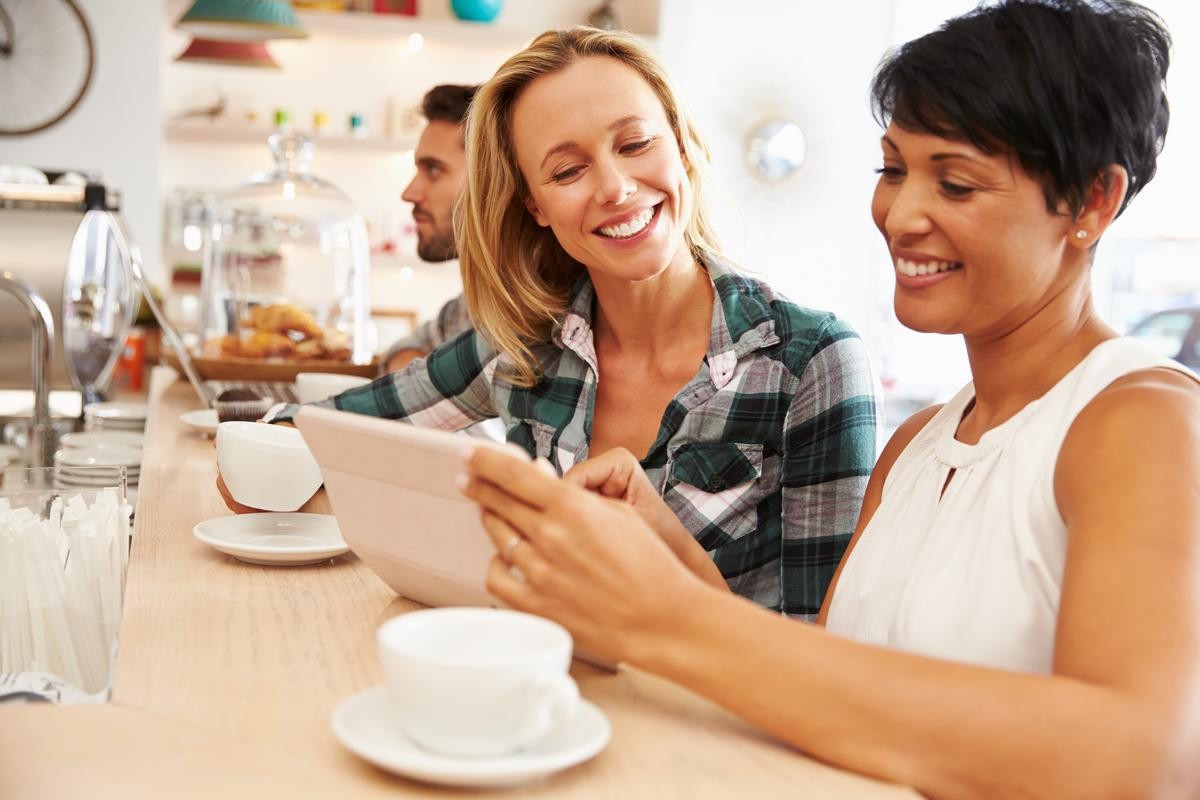 “You’re not doing it right.”

That’s what my best friend, Tiffany, told me after I threatened to close out my Match.com account—for the third time.

“Really? And you, Mrs. I’ve-Been-Married-Forever, are an online-dating expert?”

Tiffany hasn’t been in the dating pool for more than 20 years. From my perspective, as a thirtysomething Solo Mom who recently celebrated my one-year divorce anniversary, Tiffany couldn’t possibly empathize. Nor could she comprehend how much the process of dating has changed in those two decades since she was a single, like me.

“You’re not being proactive enough,” she said.

This wasn’t the first time she accused me of being a lazy online dater. Since giving in to the peer pressure of multiple friends and signing up for Match.com days after my divorce was finalized, Tiffany was the backseat driver urging me to step on the gas and stop idling in neutral.

“He’s cute. Wink at him,” she’d say, as we sipped wine and scrolled through thumbnails of available men on my laptop. “He sent you a nice message. Write him back,” she’d say, as we drank coffee and perused my Match.com inbox on my phone. “You look great. Let me take a picture for your profile,” she’d say, when her husband watched our kids so we could shed our mom clothes and have a girls’ night out.

My answers were always no, followed by creative excuses to mask my fear of both the unknown and rejection. She knew the prospect of having a boyfriend sounded equal parts appealing and terrifying to me. She knew my introverted nature was contributing to my utter failure to crawl out of my shell and take chances. And she knew I would never take that plunge unless she pushed me off the cliff.

“You’re not doing it right, so I’m going to do it for you. Password?”

When I realized she wasn’t joking, I decided that borrowing her extraversion to help me get over myself wasn’t such a bad idea. Considering the fact that I hadn’t graduated to a second date with any of the men I had somehow summoned up the nerve to go out with, it occurred to me that maybe I really wasn’t doing it right. If I couldn’t make it past the first date, I was clearly missing some key element in the handbook of how to date after divorce.

Because she has a tendency to overuse the exclamation point, I banned Tiffany from any written correspondence with prospective dates; but, otherwise, she had my permission to become my Match.com identity. We hung up the phone that day, my BFF with my password and me secretly relieved that I now had someone else to blame for my inability to find a match on Match.com.

The next day, I logged onto Match.com to discover that Tiffany had taken her mission to find me a man way more seriously than I imagined. I scrolled through my list of connections, taking inventory of her activity. She added and subtracted photos of me. She completed components of my profile I had previously ignored, such as local restaurants I like (left blank because I didn’t go out frequently enough to have preferences), athletic accomplishments (left blank because I didn’t want guys to think I was obsessive about fitness), and free-time activities (left blank because every other woman probably claims to enjoy the cliché sunsets at the beach). It was when I noticed she had winked at a whopping 15 guys that I picked up the phone.

“Sure. Fun because it’s not you having to meet these strangers for a drink and being tortured with small talk!”

“You have a couple of messages in your inbox,” she said, ignoring my tantrum. “Go respond, and loosen up. This is supposed to be fun.”

A few weeks passed. I learned that winking at 15 guys at once isn’t so outrageous, especially because not all of them will respond. (In fact, not a single one of those 15 responded.) I learned that even bad dates are good practice. And when the wink of one particular guy caught Tiffany’s eye, I learned that sometimes your friends really do know what’s best for you.

“An adorable guy with a great smile winked at you,” Tiffany texted me. “Send him a message.”

Tiffany’s approach tended to be more aggressive than my own. I had never messaged someone who hadn’t messaged me first, and the thought of having to find my own words to initiate a conversation rather than responding to someone else’s words made me hyperventilate. When I suggested I should wink back or “favorite” Great Smile first, she was insistent.

“I have a good feeling about this one,” she said. “If you don’t message him by the end of the day, I will.”

Scared of what Tiffany might say in her message, I spent the rest of the day composing a few sentences before hitting the send button. Then I waited. And waited. I had nearly given up on Great Smile when his username popped up in my inbox a few days later.

Tiffany gave me the same ultimatum—“You do it, or I will”—when he sent me his phone number and invited me to text him. By the time he officially asked me out, I had a good feeling about him, too.

Dating in this day and age is challenging. But dating as a Solo Mom is no joke. The rules change when there are children involved. You can’t schedule a meetup without consulting your babysitter and coordinating custody schedules with your date if he has children. If he doesn’t have children, you worry how he’ll feel about always coming in second place behind your kids. There’s so much more to consider than simple compatibility.

I learned early in the online-dating process to walk into every first date with low expectations. So when I walked into a local brewery to meet Great Smile for our first date, half of my mind was on him and half was thinking about picking up a bottle of wine on my way home and crawling into my comfy pants for Netflix binging.

But then I opened the door and saw that smile waiting for me.

We went on three dates in a week. We went on another three the following week. A few weeks after that, he met my kids—the first time I had ever introduced them to a man I called my boyfriend.

Great Smile doesn’t have children, but it didn’t faze him on that first date when my then seven-year-old daughter interrupted with a phone call to ask if poop was flammable. And it doesn’t faze him now, almost a year later, when my 11-year-old son asks him for help with his algebra homework or he takes the kids to tae kwon do because I have to work late or we have to postpone a date because my babysitter is booked.

I never thought I’d find a match on Match.com, but thanks to my best friend hijacking my profile, I did. And I’m thankful that she somehow sensed that something in my boyfriend’s great smile would help bring back my own smile that had been missing for too long.