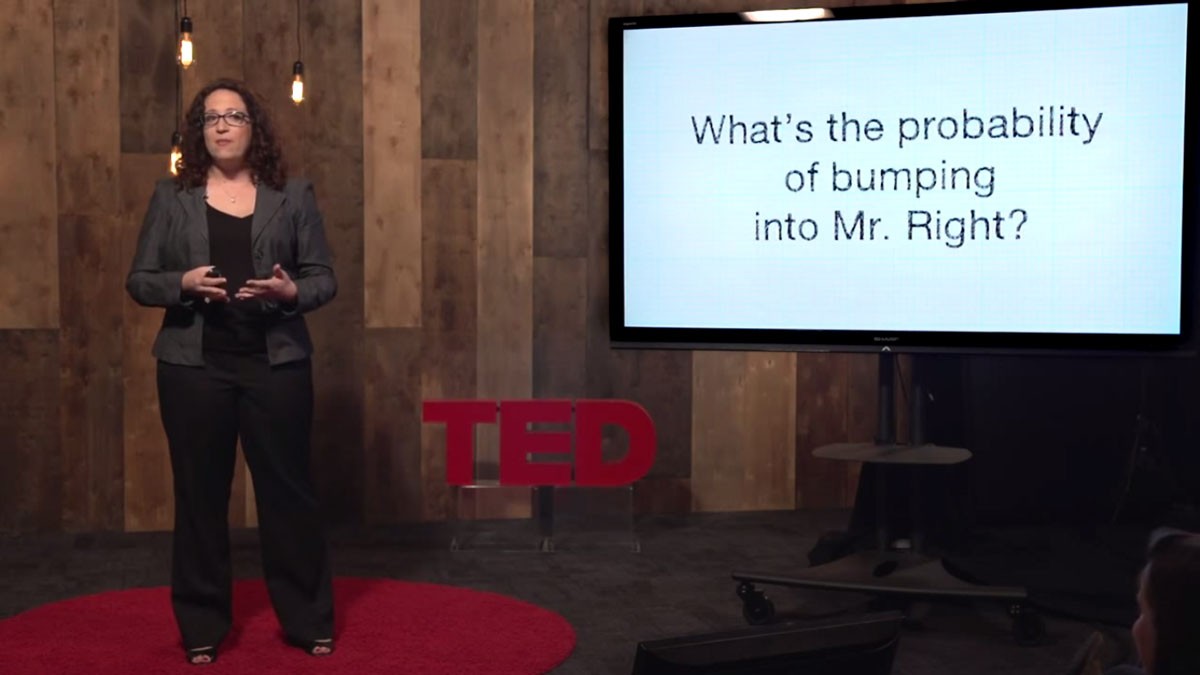 
When Amy Webb’s TED Talk, “How I Hacked Online Dating,” first appeared, about a dozen friends sent it to me via email and Facebook. I guess I’m known for being somewhat of an online dating regular. When I turned 27 and had just moved to New York City, I declared it was going to be the “Year of the Date!” I had never dated much previously, and online dating was suddenly an option. To mark the occasion, my friend Elana gave me a spiral notebook with a picture of Austin Powers and the words “The Swinger Has Landed” on the cover in a groovy font. In it, I was meant to document my online dating adventures. So I embarked into this new world of virtual trolling. There were weeks when I went on a blind date every night.

For a while, I was good about keeping the log. It was probably the most scientific thing I’d ever done. For each date, I’d write a hypothesis and then follow up with an outcome. I’d compare data and try to draw some conclusions. After a while, I got tired of keeping the log and gave up my documentation, though I continued online dating. Four years later, I felt I had dated half the guys on JDate, Match, Swoon, and several other now-defunct online dating sites. I guess that was around 2003, the time when I met my now ex-husband.

Fast-forward seven years, and I find myself single again, only this time there are dozens more dating sites (and dating apps!) out there and millions more people on them. Online dating has become so much the norm that people are no longer embarrassed to say that they met online. My friends suggest I get on OkCupid (it’s free!), Coffee Meets Bagel (it connects you with friends of friends on Facebook!), Hinge (it does the same thing as Coffee Meets Bagel only more often!), Tinder (the renowned hookup site), JSwipe (the Jewish Tinder!), Plenty of Fish, SawYouAtSinai, eHarmony, How About We, and on and on.

And so I did. Only the dating pool for divorced 42-year-olds with kids is significantly smaller than the one for single 27-year-olds. After a while with no action, I gave up. That’s when Amy Webb came out with her TED Talk, where she discusses how she used data to come up with an algorithm to apply to her online dating practice. Much more scientific than my approach, Webb wrote down everything that was important to her in a mate, eventually coming up with 72 attributes that she was going to require a man to have before dating. She then broke down these attributes into two tiers and developed a scoring system that would help her determine the best match for her. After that, she devised a sneaky technique (you have to watch the TED Talk!) to discern how to make her own profile more optimal and allow her to meet the man who would get the highest score in her system.

Like any good story, this one ends happily, and Amy meets the man, falls in love, gets married, and starts a family.

Although all this makes for an entertaining tale and a superb TED Talk, I don’t know if algorithms are the answer for everyone. The truth is, for as much science as she put into her experiment, Webb also put a lot of time, effort, and emotional energy into the process. If you send out enough résumés, you’re likely to find a new job, right? So perhaps the science was more in the amount of attempts made than any of her fancy data crunching that allowed her to find Mr. Right.

In the end, I think it’s impossible to assign a numerical index to such subjective character traits as honesty, sense of humor, and je ne sais quoi! Precisely, it’s the je ne sais quoi of dating that makes it fun and exciting. My advice? Put away the calculator, and just get out there and see what happens.

Annette Powers is a Solo Mom who lives in Brooklyn, New York. A communications professional, she writes about divorce, coparenting, and culture in her spare time. You can follow her on Twitter @annettepowers