Getting Back into the Swing of Dating—With Your Mom Body 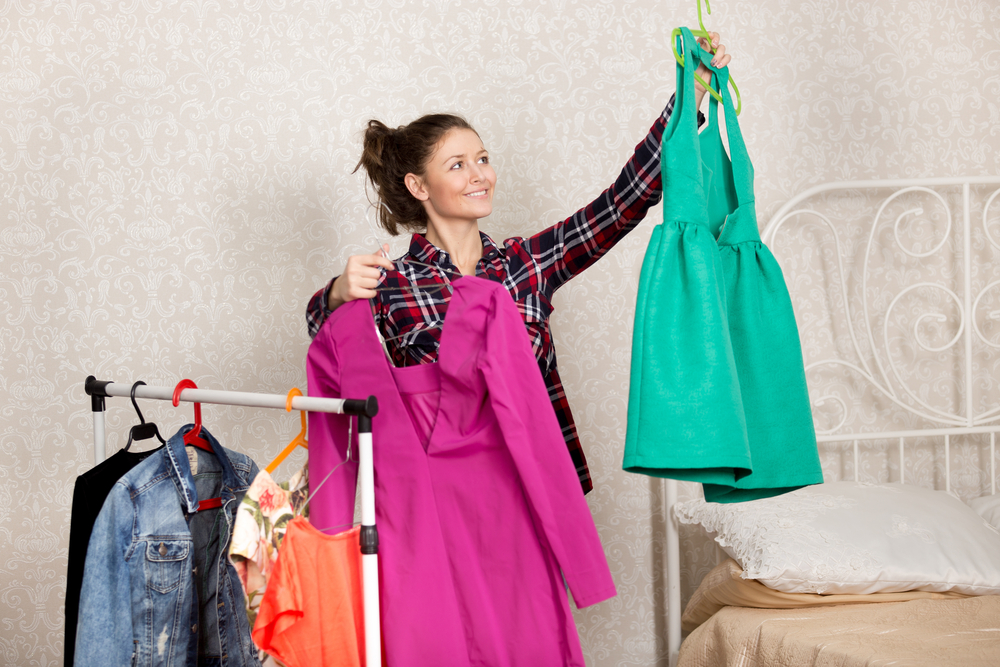 Self-love and reconnection will get you on your way

After separating from my ex-husband, I literally waited years to begin dating again. For the longest time, I didn’t want anything to do with men or dating or sex, and I was fairly sure that every other person on the sidewalk was a manipulative ass—a wolf in sheep’s clothing—as my ex had been.

When I left my marriage, I had a toddler, and I was pregnant. Suffice it to say that I spent the next many months grieving the end of my relationship and the life I thought I would have. I was also busy gestating, birthing, bouncing a colicky newborn, and swimming miserably through the divorce process. Besides simply not having time, I couldn’t imagine being vulnerable with or giving my attention to yet another human. Plus, I was usually covered in some combination of breast milk, snot, or applesauce—not superhot.

But a few years later, after my life had stabilized a bit, I began wondering about dating. To be honest, it was an odd mental switch. I had been so focused on the day-to-day needs of my children and simply surviving the beginning of solo motherhood that I had not remembered to pay attention to my own body, needs, or desires.

One night, in an act of reconnection, I stood naked in front of the mirror. The woman who stared back at me resembled a stranger—someone who’d really been through the wringer. I had dark patches beneath my eyes and gray strands sprouting from my messy mom hair. My postbreastfeeding boobs flopped like sad deflated balloons. My stomach wrinkled and bunched when I bent over, obscuring my new alien-like belly button. In the past few years, my frown lines had deepened. (Divorce and small children make you frown a lot, I guess.)

I made the grumpiest face I could and said, out loud, “What in the hell happened to my body?”

I freaking love my therapist

I did not have a loving partner to help me learn to love my new body or to gently explore the world of postpartum sex. Or to tell me that my new body was beautiful and remind me of all of the things it had accomplished in order to make our babies and usher them into the world. This void was incredibly painful for me and became part of my block in opening myself up to a new relationship. Enter therapy.

As I began to consider the idea of being intimate again, I talked to my therapist about sex. We explored my sexual history—the good and bad and confusing. We discussed the sex I’d had with my ex-husband—how, over time, I began to shut down mentally and emotionally in order to endure sex with someone I felt controlled by and had begun to despise. We began to work through my pain and all the questions that nagged at me: Why had I not been treated kindly or with love by my ex-husband? Was I unworthy of it? Was something wrong with me? And was I now too damaged and broken to find another intimate connection? Would I be alone forever?

“No,” said my therapist, over and over again. “You are worthy. You are not broken. You will find love again.”

Although that certainly didn’t “cure” my insecurities, it helped immensely to talk about them with someone I trusted.

On a rare night out with a friend, just as I began to consider dating again, we stumbled into the university district. It was a busy weekend night, and college students filed along the sidewalk, barhopping and Snapchatting. All of them looked like they starred in a music video. They wore stretchy gold tank tops, belly shirts, and shorts so short their entire butt cheeks were visible.

As I stood there in my Target V-neck T-shirt, my mouth agape, I realized that I was now completely out of touch with fashion. The only bras I owned were for yoga or nursing, and my underwear was old and holey. My tank tops were stretched out from pregnancy and nursing. I apparently missed the memo wherein bootcut jeans were out and skinny jeans were in.

Although I admired the younger generation for their fashionable bravado, I was definitely not interested in shoving my postpartum ass into a pair of booty shorts. But I did decide to buy one really nice bra that made my boobs look good and a few pairs of cute underwear at Target. Since I don’t think I’d shopped for anything for me in about two years (lanolin for my nipples doesn’t count), I seriously felt like a new woman.

Reconnecting with my lady bits

As I stood in front of the mirror, staring at my new body, I had a horrifying thought.

I remembered my vagina.

After the trauma of abuse and two vaginal births, and then after basically ignoring my vagina for two solid years, I wasn’t sure I’d ever be able to relax during sex again. Would it even feel good? Would I sabotage each potential intimate relationship with self-consciousness of my own body?

So, I did that. And I started exploring my body again. Alone. Without pressure. In a kind of “my body, my temple” style. I have to say that masturbating was the most important reclamation of my postpartum sexual self. I could tell that my body had changed, and that I was stimulated in slightly different ways than I had been prebabies. Giving myself that unhurried time to explore and arming myself with knowledge and language about my new body were essential to even thinking about being intimate with another human again. During those late-night self-love sessions, I made important discoveries about pleasure and my new body.

And I had some killer orgasms.