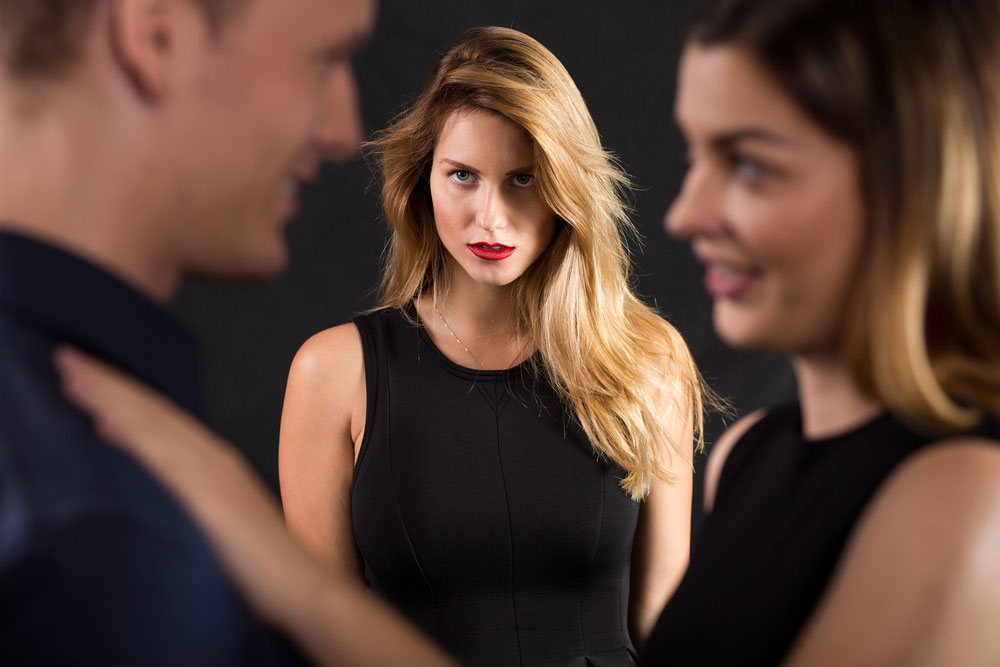 Is it worth it?

I have been the woman who has been cheated on—and I have also been the mistress. When I found out that my “devoted partner” wasn’t who I thought he was, it crushed me. It hurt and hardened me. It left me wondering if any man was truly capable of being monogamous and caused me to rethink my value system and question my ethics.

In previous relationships, I was always faithful in every way. I even considered flirting as a form of cheating. If a married man hit on me, I would respond with, “How would your wife feel if she heard you say that?”

After I was cheated on, I decided that it wasn’t my fault if a man was cheating on his wife; he was the one in the committed relationship, not me. That viewpoint led me down a road where I hurt not only myself but also many more people than I ever considered.

That’s right—the affair affects more than just you and him. It affects his wife, his kids, and all of his other family members. Your playful relationship affects them all. Your name will be spoken with hatred. You will be the target of malicious name-calling, anger, and sometimes death threats. Your name will trigger an uncomfortable response within his wife for the rest of her relationship with him.

So what do you do if you are (or are thinking about being) the other woman?

Respect yourself. Imagine what direction you want your life to head in and the type of family you would like to build. Imagine your ideal partner. Imagine being with a man who is devoted only to you. Envision the beautiful life that you can build with someone who is single.

Next, imagine the type of life you would have if you move forward with the affair. Imagine sleeping alone in your bed at night because your lover has gone home to his wife. Imagine never meeting his family and friends because, if you did, they would see you only as a home-wrecker. Imagine what would happen if you got pregnant. Imagine the weekends that you will spend alone because he will be with his family and realize they are his first priority and always will be. If you think you will ever come before them, you are fooling yourself.

Think about the fact that every minute you spend with him is a minute you grow older and miss out on opportunities to meet someone who could be your true soul mate.

Put yourself in her shoes. Visualize that you have met your life partner, dated him, fallen in love, married him, bought a house, made your house a home, and had his children. Imagine the way your heart would crush into tiny pieces if you found out this man who vowed to share his life with you was using another woman as a sexual plaything. Think of what the moment would feel like when you found out about her. Think of the torturous thoughts that would torment you, of him making love to another woman. Think of how it would feel to unmask the lies he told so that he could hide this from you and how it would affect your children. Think about the future you dreamed of having together.

Think of the fact that the mistress can walk away from her mess, but she is leaving behind a shattered woman—a woman whose dreams have been crushed and heart has been broken. Think about what her future will look like as she tries to pick up the pieces of her heart, hold her head high, and keep moving forward because she has no other choice.

End it and forgive yourself. If you have already surrendered to the temptation of getting intimate with a committed man, just stop it. Let him know that you have needs that are not being met by him and never will be. Separate yourself from him. I know this can be heartbreaking for you, but in the long run, it will help you avoid extensive pain. Think about the vows that this man took with another woman, and ask yourself if you could see yourself having a relationship with someone who has proven himself to be a cheater and a liar. Even if he left his wife, could you trust him to be faithful?

This transition is easier said than done, so this is a good time to seek support from a trusted friend or a counselor. It’s helpful to have a support system when going through any life change. A good counselor may be able to help you resolve issues as to why you accepted affection from a committed man. He or she could also help you build a life and a future of which you can be proud.

If you have been exposed, apologize. I decided one day that I needed to apologize to one woman in particular whom I hurt by entering into my own relationship with her husband. I read up on making a meaningful apology. I thought long and hard about whether there would be any benefit in it for her or if I was just trying to clear my conscience. I decided that the apology was the right approach.

I sent it via text because I didn’t know how she would react to seeing me in person. My apology was simple. I made no excuses. I simply apologized for the wrong that I had done. She spewed out hate as a response, and I validated her feelings and expounded upon my apology and recognized that I was insensitive. She wanted me to stay out of their lives. Although I love her man and I always will, I agreed not to look back. I didn’t tell her that I still love him. I simply made her wish my command.

So, was my apology helpful for her? I think it was. I gave her my word that I would never be a part of her husband’s life again. I hope this set her mind at ease in some way. She did accept my apology but did not forgive me. I’m satisfied with that. I now have my closure because although she didn’t forgive me, I forgave myself.

Open yourself up to new opportunities. There are plenty of fun ways to move forward after a breakup! All the energy you spent on your previous relationship is now freed up for new and exciting things. Exercise, get a makeover, focus more on your career, study spirituality, take classes for fun, join a dating website, find a friend with benefits, take that dream vacation, treat yourself to a therapeutic massage from a licensed massage therapist, do volunteer work. There are many different paths to choose. This is a perfect time for a counselor to help you figure out how to deal with your newfound free time and overabundance of sexual energy.

The day that I ended my affair, I was walking down the beach and looked up to the sky. It was cloudy, but in the middle of the cloud was a rainbow. This is true. I saw it as a sign of hope for greater things to come. Shortly after that, I read a quote from Maya Angelou: “Be a rainbow in somebody else’s cloud.”

Then an interesting thing happened. I felt like a black cloud that was hanging over my head had been cleared. I didn’t even realize that cloud was there until it dissipated and my thoughts and life became less foggy. Now I have the opportunity to not only build myself back up but also make amends and be that rainbow.