When Embarrassment and Fear of Another Failure Keep Solo Moms Coupled 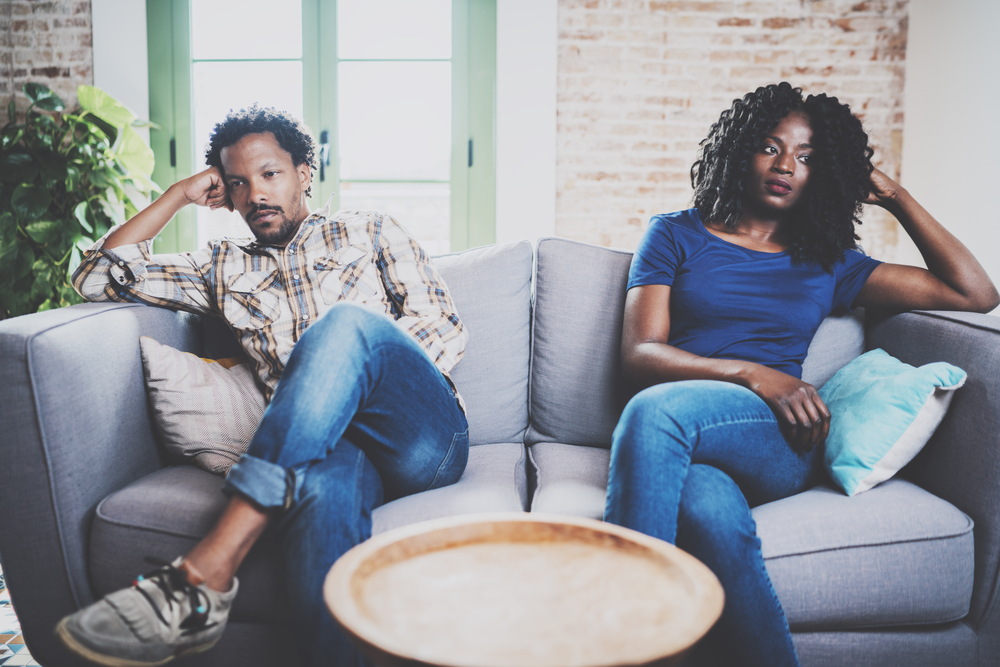 Don’t let this happen to you

My first marriage ended in divorce. I’d like to say we consciously uncoupled, but the last few years of our union were filled with tension, lies, betrayal, arguments, name-calling, and sadness until, utterly exhausted, I threw up my hands. After two therapists and two years separated, with nothing changing, I called my ex and told him, “I’m going to call a lawyer. Unless you can think of something that I haven’t thought of or show me something I’m missing, I’m done. I can’t think of any other option.”

I stayed in my marriage far longer than arguably reasonable; I had all the information I needed years before. Heartbreak, splitting up my family, and the prospect of starting over coupled with fear of what divorce would mean for my kids was an invisible shield that kept me in place. I understand how and why people stay in unhappy relationships.

What’s troubling is that for many Solo Moms, after divorce and newly dating, they are even more reluctant to end another bad relationship. After courageously starting over, fear of failure and embarrassment are keeping their feet planted in another unhappy coupling! They’ve braved the worst only to find themselves in familiar unhappy territory.

Divorced, we’ve already had our lifelong relationship fail on a spectacular level. Here’s the thing: failure is a part of life. But, just because a relationship fails, that doesn’t mean those involved are failures. People change, grow apart, and make bad choices. Relationships that are great short term might not be built for the long haul. Some of us are too young with stars in our eyes to see what’s past the sparkle. Maybe trauma comes unexpectedly into a marriage, shaking it so hard the foundation is forever broken. And sometimes we just make mistakes. Women are staying in poor second and third relationships, forgetting that everyone makes mistakes!

“I got into and stayed in an abusive relationship way too long after my divorce. One of the reasons I stayed was that it was so hard to admit defeat—again. I didn’t want to be that woman—the one who couldn’t make a relationship work.” —Anonymous

“I stayed in a relationship because I could not fail my child again. I already failed him divorcing his dad. Now I was going to fail his second chance of having the family we both had always dreamt of.” —Anonymous

What often supersedes our fear of failure? Embarrassment. Divorce shines a big spotlight onto our most private relationship. Friends, family, acquaintances, and colleagues wonder what happened, share information, spread falsehoods, and dish the dirt. I know how awkward and shameful it feels to live with the whispers that come with a fresh scarlet D around your neck. Once you’ve made it through, the last thing you want is to walk through it again. So when you wind up in another bad relationship, you think, Nope. I can’t handle another breakup. I’m just going to stay. Your happiness is a lower priority than avoiding the embarrassment of another busted union.

Let’s turn this on its head. If you’ve been divorced, you’ve already been through hell. You’ve climbed to the top of Mt. Everest and survived. Settling for less, accepting unhappiness after you’ve braved the worst just puts you right back at the bottom of that mountain. When I started dating after my divorce, I decided I would sustain a relationship that was solely happy, healthy, and fulfilling for my kids and me—no exceptions. If I were going to stay in anything else, I might as well have stayed married to their father. I did not go through divorce and split my children’s lives in two only to wind up in an unhappy home with someone who wasn’t their dad.

“I stayed in my last relationship way past the red flags because I believed I found the love I had been waiting for and looking for, especially the second time around. We merged our lives together. In the end, I was so emotionally, physically, and mentally exhausted thinking how gut-wrenching the unraveling process would be. I knew from my first divorce that the long run had to be the focus. I braced myself for the short run, which would bring embarrassment, defeat, heartbreak, longing, and complete sadness.” —Anonymous

The ego is fragile, and embarrassment sucks. You cannot choose unhappiness just to save face. People will gossip and then they’ll move on to whatever’s next. Go ahead, move on, too.

If you are a Solo Mom going through this, check out Sisters Only, a confidential place to get support and encouragement!