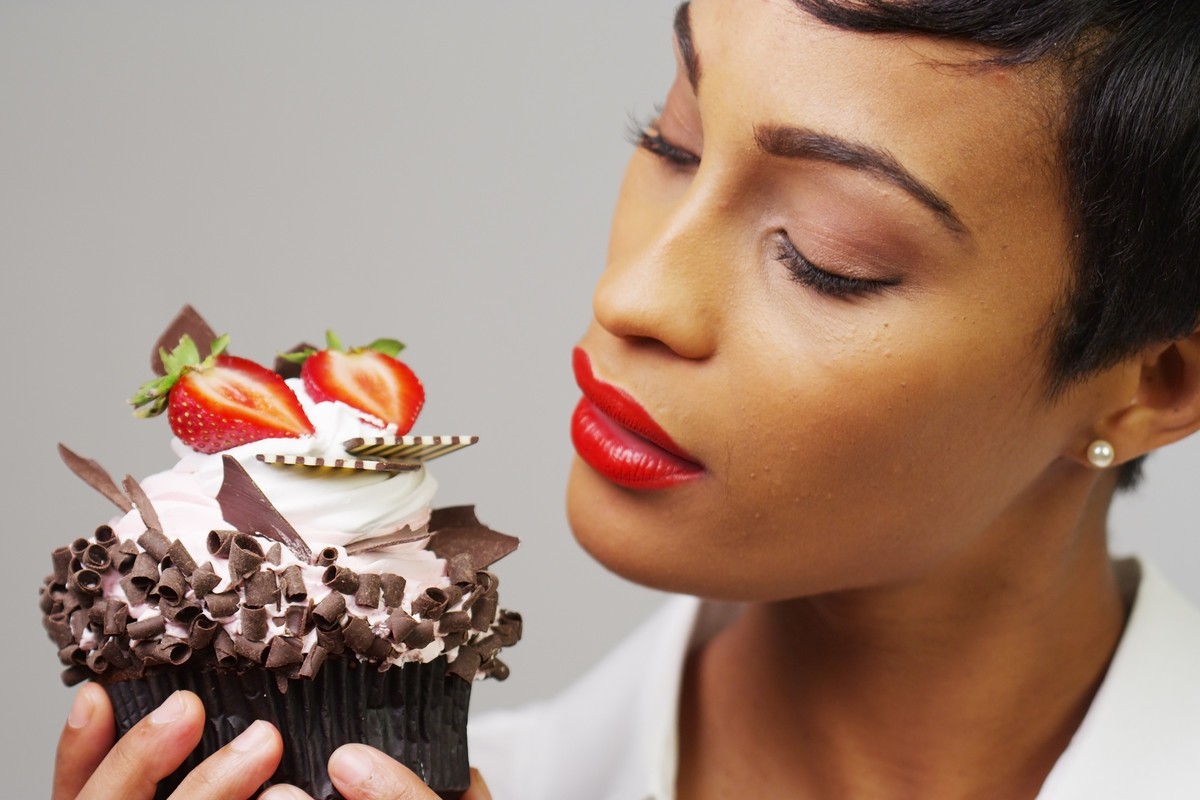 “I have a passion for real food, real experiences that make us come alive, and the ways we can start loving our bodies, loving food, ending the war with both, and creating a life that feels awesome. . . . I coach women going through big life shake-ups to double down on self-care, nutrition, and pleasure, and master a positive mindset, to create the energy and peace they desire in their bodies, so they can be resilient, effective and happy in their lives,” she says on her website.

Although she was raised on an organic farm by health-conscious parents in Portland, Oregon, Jamieson became addicted to sugar and did everything she could to feed her craving. “As a young adult, after years of addiction, my decades of unhealthy habits brought me to a crossroads: either take the handful of prescriptions recommended by my doctor or heal my body . . . I chose to heal.”

And heal she did—with food, functional nutrition, and body psychology. By overcoming her food addictions and the resulting weight and health problems, Jamieson learned something life altering: when we listen to our cravings, they will lead us down the path of deep healing.

Following the success of Super Size Me (the Oscar-nominated documentary Jamieson cocreated and costarred in with her ex-husband, Morgan Spurlock) and her subsequent book, The Great American Detox Diet (Rodale Books, 2006), Jamieson found herself on the sad side of divorce. Her husband left her when their son was almost two, her career went downhill, and so did she—thus began the second half of her life.

The well-known vegan chef and cookbook author found herself craving, and secretly eating, meat! When she “came out” as no longer being vegan, she said, “The backlash was huge. In a few days I lost thousands of readers and quite a few friends. But then a new community started to emerge—filled with people who wanted a nonjudgmental place to discover their best diet, without fear of being shamed.”

Q: Your theory is that cravings (which can lead to bad health, depression, and—for me—thighs) are the way our bodies ask for balance?

A: Your body is smart. It is looking for balance. It wants to be healthy and is telling you what you need in every moment of every day. Sometimes that’s a vegan diet, sometimes that means eating donuts with three generations of family while reconnecting to your tribe. The idea of following your cravings to discover what they have to teach you has led me to a deeper, richer definition of health and service.

There are four root causes to any craving: bacterial (bacterial or yeast overgrowth), nutritional (craving nutrients we are low on), emotional (triggered by sadness, loneliness, stress, fear, anger), and physical (substituting cupcakes for sex).

Q: Did your “cupcake cravings” lead you to serial date? I understand you were once up there with Leonardo DiCaprio, Taylor Swift, and me.

A: I had a toddler. My husband and I weren’t having sex, and it wasn’t because I didn’t want it. So I thought it was my fault, all about me. I internalized it. I became totally disconnected from my body. And I’d always had a healthy relationship with my body. I grew up liking sex and thinking it was a good, healthy thing. But I felt repulsive because my husband didn’t want to sleep with me. I thought there was something wrong with me. Then he left me for another woman.

We need physical touch. We need to have fun and feel good in our bodies. It nourishes us and feeds us in ways nothing else can. We try to substitute touch and sex with cupcakes, but it doesn’t work.

Q: I think Solo Moms generally don’t get enough touch. If I get laid, it feels like cupcakes for me, but it’s more about having someone’s arms around me afterward (cue the violins and tissues—I apologize).

A: There’s good science about our physical needs. We know when children or small mammals are not touched, not physically comforted, they will not grow and thrive and develop in an emotionally healthy way. We now have something called “kangaroo care.” When babies are born prematurely, instead of keeping them isolated in bassinets, we put them skin to skin on an adult chest. When babies have this kangaroo care, this physical touch, they grow; they thrive; they become happy and healthy children. We forget that adults need the same. Scientific evidence shows we need at least six to eight hugs a day of at least six seconds apiece.

Q: But a lot of us Solo Moms don’t get this need met. And because of this, we go for the cupcakes . . . or the martini.

It took me a year and a half to realize my libido wasn’t dead. I was vegan for over a decade. During my divorce, I was totally depleted and anemic, and started craving meat. Once I changed my diet and started getting my hormones and iron back on track, I realized, “My libido is coming back. I need to get laid!”

It is so important for single women to get laid. I talk about that in my book. I had over 100 first dates in a year and a half. I met them on OkCupid.

Q: I went crazy after I got divorced. It had been so long since I’d been touched or paid attention to. A dude touching my hand would work me into a lather.

A: I dated like it was my job. When my son went with his dad, I would line them up. I sometimes would have two or three dates in a day.

A: I would date three or four people at a time.

Q: Did you put on weight?

A: I never eat [or have dinner] during dates. That’s way too much pressure. I have a cup of coffee or go for a walk or have a glass of wine—because I don’t know if I’m going to like them. I need a quick exit if it’s not going well.

Q: How did you meet your current husband?

A: We met at a dinner party hosted by one of the men I met on OkCupid! The OkCupid guy and I had been dating for a couple of weeks. He invited me to his dinner party, and I met Bob—whom I ended up marrying. I was immediately attracted to Bob. But I have no poker face and was raised to be a nice girl, so I didn’t talk to him. I avoided him. But the OkCupid guy broke it off with me a week later. He wanted us to commit to a monogamous relationship before we slept together. I said, “Sorry, that’s not gonna work for me.” Bob found out we broke up and asked me out.

I loved this new world of dating. I had never really dated before. I was a serial monogamist until I got married and was with my husband for 10 years. I didn’t know what dating was like.

Q: Did you sleep with these men?

A: I’d sleep with as many as I could. Why should we women feel bad? It’s the best thing ever. It takes the pressure off of finding someone. If I didn’t like them, “Next!” I had an ongoing year-and-a-half-long booty call with this guy who lived up in Harlem, which is too far to go for a booty call, but I was getting my needs met. We were perfect for each other. The sex was great, but we were not a romantic fit. I wanted to keep dating other people and maybe find somebody. But this guy, for the time being, had me taken care of.

If you want to start dating, try everyone on. Don’t just date your type. Date anyone who comes across your path. Find out what feels good to you. I think the greatest way of thinking when I went out into the dating world again was, I’m not looking for the one. I’m just trying on men like coats in a shop. So if they didn’t like me or I didn’t like them, it wasn’t that big of a deal. Sure, there were a couple of guys [about which] I thought, Why doesn’t he like me? And there were times when I’d say, OK, I need a few weeks off. But I didn’t make it about me.

Luckily, in the middle of my crisis, I had a coach. She said, “You don’t know what you like to eat because you’ve been vegan for so long. You need to try everything and see how it feels.” It’s the same way with men.

No truer statement was ever said. Swipe on!