Time Out, Noble Charter Schools, for Dehumanizing Girls on Their Period 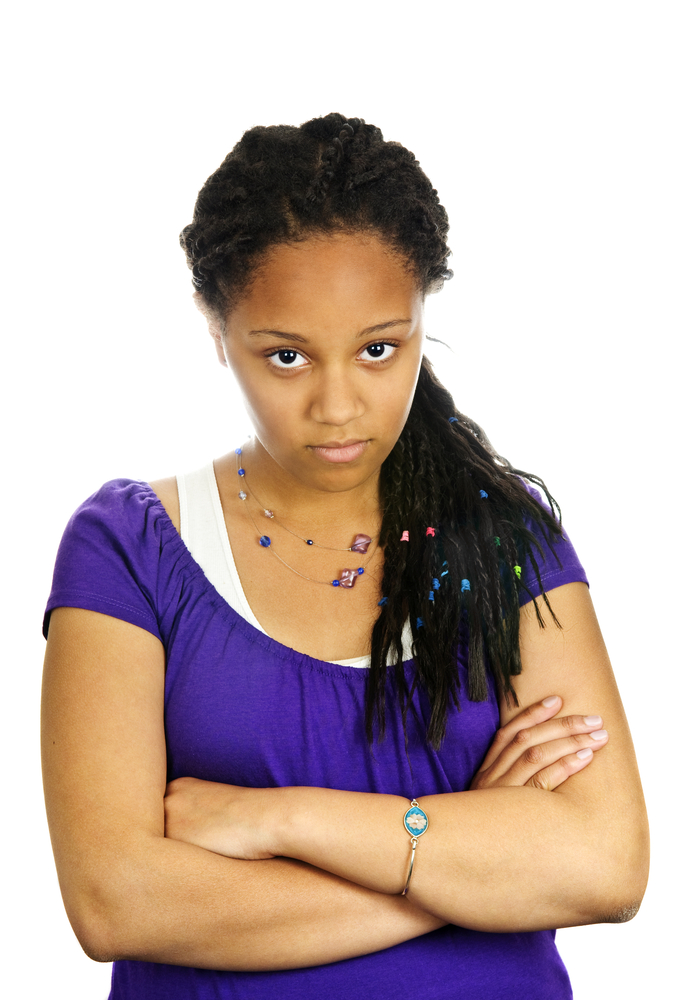 Getting your period while sitting in a high school classroom is a hellish rite of passage most women have suffered.

Being forced to sit there while blood leaks through your pants and onto your seat is a special kind of hell that girls say they are being put through each and every month at a network of Chicago charter schools.

Yeah, you read that right.

“[The escorts] rarely come so we end up walking out (of class) and that gets us in trouble,” a student texted NPR Illinois. “But who wants to walk around knowing there’s blood on [our pants]? It can still stain the seats. They just need to be more understanding.”

Oh, but the school does apparently let the girls break dress code by tying a sweatshirt around their waist for the rest of the day.

So these students, these young women, not only aren’t allowed to use the bathroom when they need to but also aren’t allowed basic hygiene and dignity?

What are these schools teaching these women? This draconian policy suggests these young women’s bodies are not their own, that they are not worth the dignity of keeping themselves clean, that they are worth less than the pants they are ruining each month.

And that is disgusting.

“We believe that by ‘sweating the small stuff’ and pushing our students to reach their full potential, we are building the skills, knowledge, and behaviors needed to be successful in college and in life,” the website reads.

But teachers who spoke to NPR Illinois for the first of two articles on Noble Charter Schools said the schools’ policies were not only “dehumanizing” but also racist.

Former teacher Ann Baltzer said she kept copious amounts of black and brown eyeliner in her desk to color in her students’ hair if they had more than one part or a design that was against the strict dress code.

“To have a system that results in a white woman having to color on a black woman’s hair, and if I don’t, she’s excluded from education, there’s something wrong with that,” Baltzer told NPR Illinois.

She also took issue—as does ESME, to be clear—with a school policy of demanding complete silence while the students walked in the hallways between classes by yelling “[H]ands up.”

“Teachers were applauded if you had the ability to shut down the hallway,” Baltzer told NPR Illinois. “We had no awareness that it would be inappropriate to shout ‘[H]ands up’ at a hallway full of black children. And so we had white teachers shouting ‘Hands up’ and kids putting their hands up and going silent. That is insane.”

Noble president Constance Jones Brewer sent an email to the staff after the first NPR Illinois piece about the schools, refuting the former teachers’ claims.

“I am extremely proud of the work that we do for communities of color and the future we are helping to create,” she wrote.

How exactly does forcing girls to bleed through their pants in a classroom help them? What about having to have their hair drawn on by a white woman? Or threatened in the hallways as if they were criminals?

Shame on you, Noble Charter Schools, for dehumanizing the very group of students you are supposed to protect and uplift. Shame on you for sending these children out into the world after four years of indoctrination that their hair, their culture, and their bodies are not good enough.

Shame on you, Noble Charter Schools, for not giving your female students, especially, the basic human right of dignity and self-worth.