Time-Out for Cruz, Rubio, and Trump’s Juvenile and Unpresidential Behavior 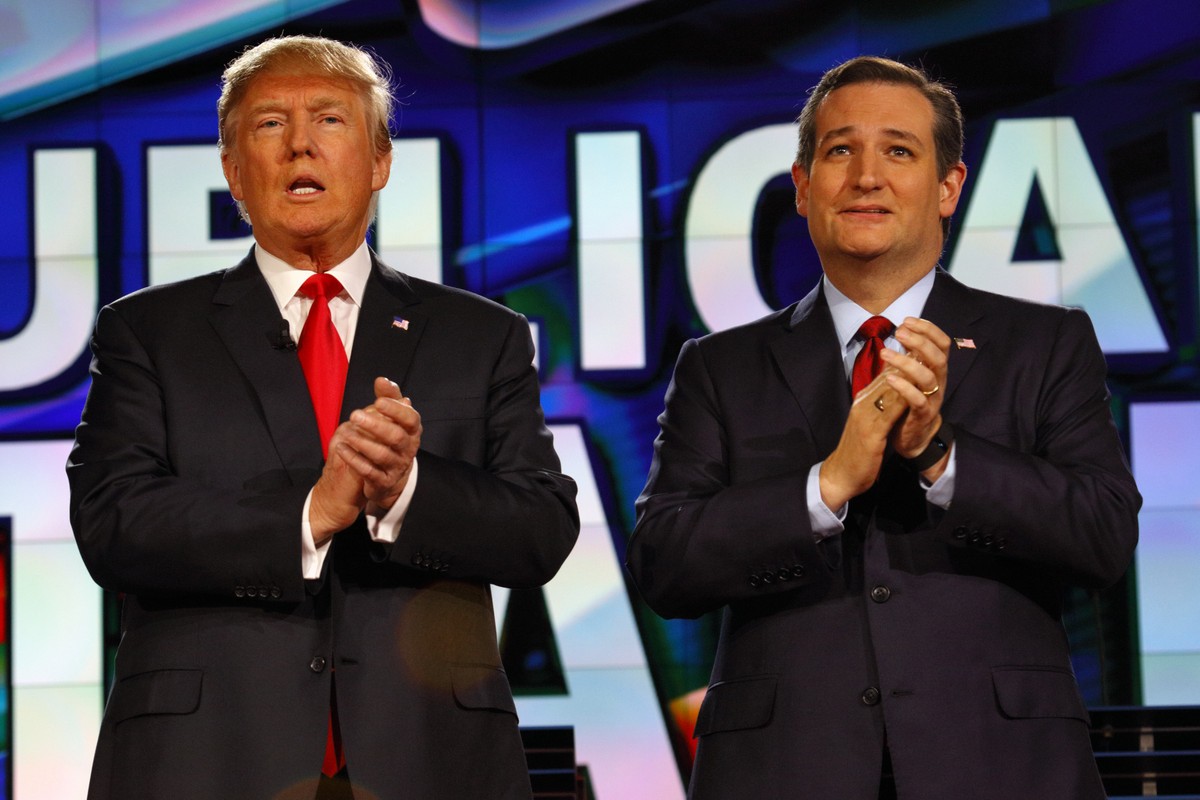 Penis jokes have no place in a presidential debate.

If I were your mother, you’d be in a time-out right now. Every one of you, except Mr. Kasich. (Thank you, Mr. Kasich, for maintaining a modicum of dignity.) Of course, I am not your mother, but I am a mom to six kids. I’ve worked hard to encourage manners, thoughtfulness, empathy, and courteousness in my household.

Your boorish, crass, and rude behavior on Thursday was embarrassing. Across the country, Solo Moms are trying to raise polite and considerate children. Your actions said, “Manners aren’t important. What your mom is trying to teach you is stupid.” How can you lead the country when your standards are lower than the expectations Solo Moms have for their toddlers?

If you’re feeling proud of your behavior, here are five reasons why you should be ashamed:

1. Mr. Rubio and Mr. Trump: Penis jokes have no place in a presidential debate.

Mr. Trump, you said, “And [Rubio] referred to my hands. If they are small, something else must be small. I guarantee you there is no problem. I guarantee.”

Clearly, Mr. Trump, you are proud of both your penis and innuendo, but as far as I can tell, neither is cute or clever. Stop it. Mr. Rubio, you started this inane banter about penises. You need to stop it, too. I can’t believe I’m having to tell presidential candidates this!

2. Mr. Cruz, stop being so obnoxious.

Everyone knows Mr. Trump likes to interrupt. (More on that later.) “Breathe, breathe, breathe,” you said to him, laughing. Speaking to him in such a condescending way wasn’t funny. You were the only one laughing. For the rest of us, it was awkward.

That wasn’t your only painfully awkward, rude moment. When Mr. Trump interrupted (again), you said, “Donald, learn not to interrupt. It’s not complicated. Count to 10, Donald. Count to 10.”

3. Parts of the debate seemed more like a script from a children’s book:

Wallace [to Trump]: I have a policy question for you, sir.

Rubio [aside]: Let’s see if he answers it.

Unfortunately, this was a presidential debate, not a picture book about Little Marco and Big Donald learning important life skills together. It was caustic, sarcastic, and very weird.

4. There are better ways of calling someone a liar, Mr. Trump and Mr. Cruz.

As long as you’re acting like poorly behaved, ill-mannered children, instead of saying “No, no. You’re the liar. You’re the lying guy,” how about a simple “Liar, liar pants on fire!” Or “I know you are, but what am I?” You don’t need to reinvent the wheel. As long as you are acting childish, why not use the tried-and-true playground insults of your youth?

Most of you did a horrible job following the basic rules of the debate. You took too much time, interrupted, and instead of answering the questions you were asked, you grandstanded and pontificated on seemingly random topics. You were off task. It was the debate equivalent of coloring on the walls instead of joining the rest of the class for circle time.

There are countless other examples of similar bad behavior from your debates of previous months. I am not agreeing or disagree with your politics (that is a letter for another time), but I do disagree with the example you are setting. What did kids think when they saw grown men behaving so boorishly, all in the name of becoming president of the United States? The penis jokes! The name-calling! The stupid jokes!

The next time you are in front of a camera, remember that kids will be watching, kids whose moms have spent a lot of time trying to raise them right. Don’t sabotage those efforts. Grow up!

You can read the entire transcript here.