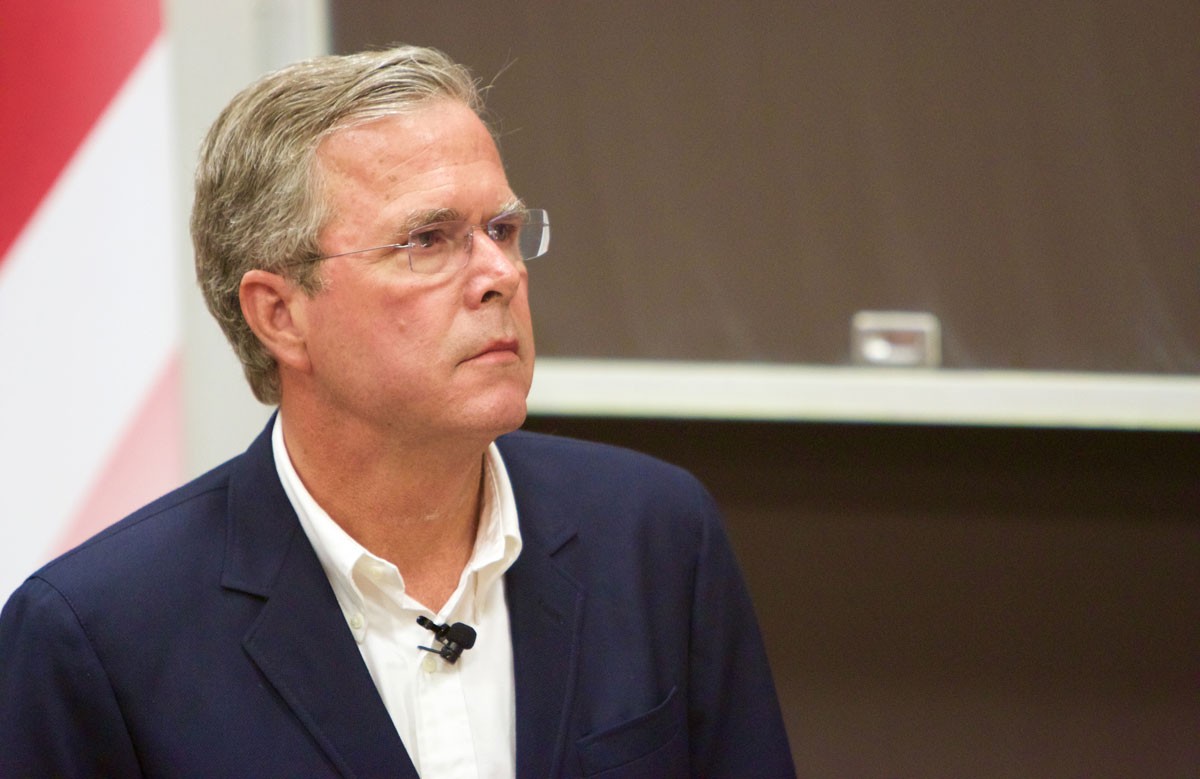 Another time out for Jeb Bush says ESME Sister PontMirabeau

Jeb Bush, whose own mother wasn’t sure he should run, has walked back his 1994 comments only to put his foot in his mouth and alienate even more of the important half of the electorate. His latest version of moral rectitude is to worry about the children, while still blaming the mother. Having a Solo Mom, Mr. Candidate declared: “limits the possibilities of young people being able to live lives of purpose and meaning.” Tell that to the two presidents who succeeded his father and brother, Bill Clinton and Barack Obama! Time out to Jeb Bush for not listening to his mother!