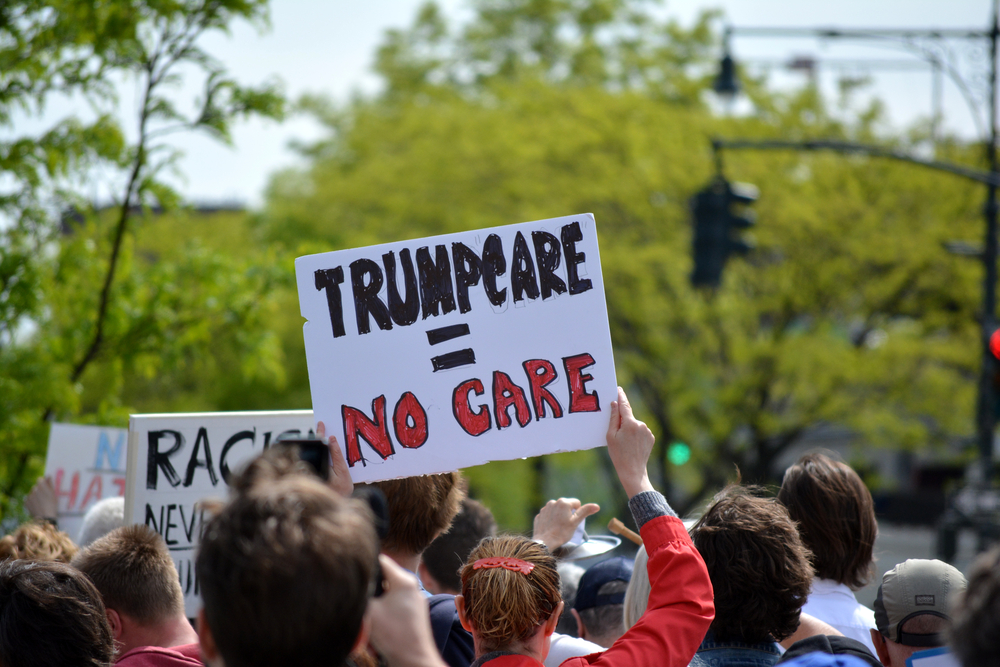 Department of Health and Human Services brings back the “marriage czar”

Honestly, I don’t know where to begin with you, Department of Health and Human Services (HHS). Perhaps with the irony that is your name? Or perhaps with the hypocrisy that lives in the gap between your mission and your actions?

You claim “to enhance and protect the health and well-being of all Americans,” and yet you have brought Wade Horn back into your fold.

Though the American memory is notoriously short, Solo Moms will recognize Horn’s name. He’s the guy who, as an assistant secretary at HHS during the second Bush’s administration, targeted Solo Moms as a scourge on society. A recent article in Mother Jones describes Horn’s track record this way:

He battled what he called the “we-hate-marriage left,” railed against divorce and cohabitation, blamed single motherhood for many of the country’s social ills, and suggested that unwed parents should be denied access to federal anti-poverty programs, such as public housing and early childhood education, until all eligible married couples had been served. He traveled the country urging state officials to spend taxpayer dollars promoting marriage as a way of reducing the welfare rolls.

Acting as director of the Administration for Children and Families (ACF), Horn managed to redirect $100 million from programs that benefited vulnerable children into marriage-education programs that ultimately failed.

As for Horn’s demonization of Solo Moms? Well, we here at ESME know well the pain those claims caused a struggling (and resilient) generation of Solo Moms. We also know that our kids are all right. Better than all right. (And unlike Horn’s outrageous statements about Solo Moms, our claims are backed by science.)

Look, HHS, Solo Moms are a diverse, resourceful, powerful group of women engaged in daily acts of badassery, the likes of which your current administration will never know. Then again, maybe you’re already aware of the proud and rising force Solo Moms are? Maybe that’s why, when you brought Horn back on staff, you did so secretly, so we wouldn’t call you out?

We’re calling you out.

HHS, we know that you have hired a man who supported the 1998 Southern Baptist Convention proclamation that a woman should “submit herself graciously” to her husband’s “servant leadership.”

We know that you have refused to discuss with the press the nature of Horn’s employment or the role he plays within your ranks.

And we know why you want Horn flying under the radar.

This man not only is an operative for the culturally conservative; hijacked $100 million in federal funding earmarked for foster children, children with developmental disabilities, and Head Start programs; and levied extreme social and financial pressure onto Solo Moms who deserved our care and support but also is known for shady business dealings.

According to Mother Jones, “In 2007, Horn resigned from the agency not long after news broke that one of the fatherhood initiatives he had started at HHS had given his former employer, the National Fatherhood Initiative, up to $5 million in contracts.”

We understand Horn’s only a contractor for you. He’s not an employee of HHS, but an employee of Deloitte. Is this supposed to make us feel better, or is this just your way of avoiding public scrutiny over Horn’s appointment to HHS?

Either way, Horn’s contractor status has set him up for even oilier conflicts of interests. Mother Jones reports, “In effect, his job is advising a federal agency that also has the authority to grant contracts to his firm. In July, for instance, HHS granted Deloitte a two-month, $1 million contract to ‘reimagine’ HHS.”

Well, I suppose we shouldn’t be surprised, HHS. Of course as an appointee of the Trump administration, your leader, Secretary Thomas Price (now there’s an apt name), would contract with a man who has a history of social conservativism bordering on the inhumane, unscrupulous business practices, and—yes, we know about this, too—generating fake news.

And now Horn is consulting with Secretary Price, a man hell-bent on repealing the Affordable Care Act by any means necessary?

You may think we don’t see you, HHS, but we do. We’re Solo Moms. We see everything. We’ve got eyes in the backs of our heads.