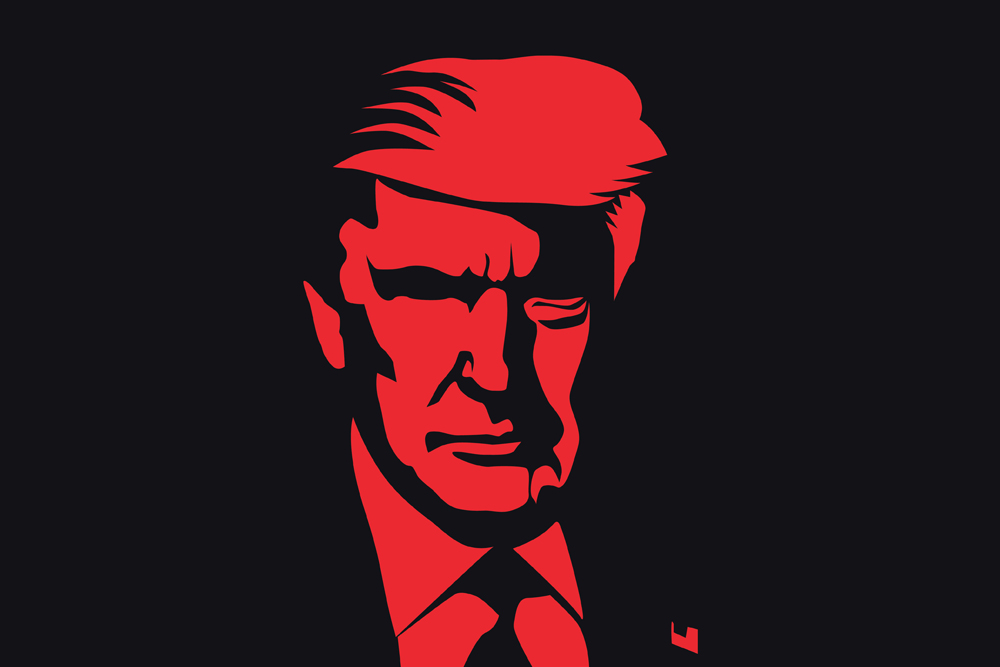 OK, I’ll admit it: my belly has been harboring a roiling mess of molten lava all week long. Yep, you’ve gotten to me once again. The final straw: In a press conference in the White House Rose Garden, you called on ABC News journalist Cecilia Vega. “OK. Question,” you said, which is apparently how you invite a reporter to speak to you.

In the brief pause during which Vega waited for a microphone to be handed to her so she could be heard, you continued, “Yeah. Go ahead. Sure,” as if she had misunderstood you.

She hadn’t misunderstood you. As if she was just so blown away that you’d even consider talking to her that she couldn’t quite get herself together.

She wasn’t shocked. She knew she deserved an opportunity to speak.

Nonetheless, your schtick began. Like a fourth-rate comic searching for a laugh, instead of speaking to Vega, you began speaking about her. “She’s shocked that I picked her,” you said. “She’s in a state of shock.” Your wingmen, lined up behind you, chuckled.

Vega received the microphone she’d been waiting for and responded, “I’m not. Thank you, Mr. President. . . . ”

But before she could ask her question, you baited her, “That’s OK. I know you’re not thinking,” you said. “You never do.” Even your wingmen stopped smiling.

“No, go ahead. Go ahead,” you said, pretending you’d said nothing offensive. After all, that was just a joke you threw out there for your friends to hear. You shouldn’t be held accountable for it or anything.

This would be enough to get my lava boiling: the president of the United States making the kind of under-your-breath comment a bully would make to his yes men at the bar (or watercooler, or bus stop, or mall, or . . . ). I mean, you’re a cliché. You’re Biff Tannen from Back to the Future.

But then it got worse. Because you’re not Biff. You’re the president of the United States, and you have a microphone in front of you, and when you whisper under your breath, everybody hears it.

So, you got called out, all across the nation, for your public insult, and then—here’s where it gets worse—you (or, more likely, one of your lackeys) flipped the script.

Setting aside the fact that this revised statement is still deeply inappropriate, let’s go with this: Dude, that’s so not what you said. We have proof. There’s a video.

We’ve all seen this move before. A jerk like you makes a sexist, racist, ageist, ableist, homophobic (pick all that apply or add more) comment. He gets called out on it, and then it happens—the yes men come out defending him:

In the same week you insulted Vega, your good friend Judge Brett Kavanaugh was flipping his own script: boofing refers to flatulence, he said; Devil’s Triangle is a drinking game, he said. On and on he went, running yet another old script: I coded my message, and you deciphered the code, so now I’m changing my message: What? Who? Me? Never! I would never say that. . . .

Yes, I have spent the past week (year? two years?) alternating between rage-paralysis and channeling my anger into action. Yes, I am furious that, even though there are rules to the game, there’s no referee, and you know that, as as long as you are in power, you’re just going to keep breaking the rules.

But that is not new information. It’s the old information that keeps coming around again. That doesn’t mean it’s any less shocking or aggravating. (If it ever gets less shocking or aggravating, I’m checking myself into some kind of rehab program that restores freedom to colonized brains.) It does mean people have outlasted these power dynamics for centuries, and we will continue to do so. (See above: you will not wear me down.)

While your script is centuries old, President Gaslighter, the women you’ve pissed off have something relatively new here: the internet, social media, and an unprecedented ability to connect with like-minded people who are sick to death of people like you.

In other words, President Gaslighter, we see you. We know what you’re doing (and what you keep doing—mocking people with disabilities, sexual-assault survivors, anything to get a roar from your crowd). We’re not fooled. Perhaps you know this about us. Perhaps that’s why the White House issued a second draft of the press conference transcript, with your insult intact:

At least this one lie has been reversed.

We may get tired from time to time, President Gaslighter, but I’ll tell you this: you will not wear us down. We’ve learned from our foremothers—when one of us is too damned angry to move, the rest of us will step up and carry her. In this way, we’ll keep moving forward, writing, raging, organizing, running for office, voting, and educating our children to be the change the world needs.

Right now, we all know that change begins with getting rid of you.