Child Rapists Should Not Get Joint Custody of Children 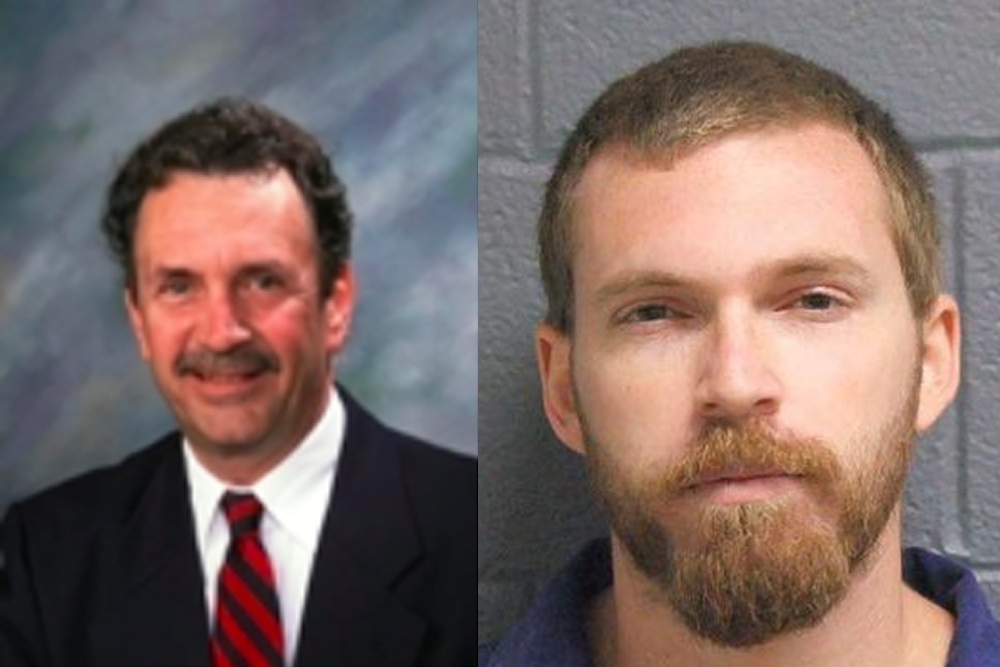 Just when you thought the war on women and children in this country couldn’t get any more vile, last week in Michigan, Judge Gregory S. Ross awarded joint custody of an eight-year-old boy to a convicted sex offender—who is the father of the boy because he raped the mother nine years ago.

Yes, you read that right.

Back in 2008, Christopher Mirasolo, who was 18 at the time, kidnapped a 12-year-old girl, her 13-year-old sister, and a friend; held them in a vacant house for two days; and sexually assaulted the 12-year-old. He was arrested a month later. The girl was pregnant.

Mirasolo could have—and should have—gotten life in prison, or at least 25 years, but instead was given a plea deal for attempted third-degree criminal sexual-assault conduct.

Strike one for the Sanilac County prosecutor.

Mirasolo was sentenced to one year in county jail but served only six-and-a-half months, and then was released to care for his sick mother.

According to the girl’s attorney, who was interviewed last week for a story in the Detroit News, at the time, prosecutors told the victim, “First-time sex offenders weren’t sent to prison because people come out worse after they go there.”

Worse than he was when he went in? He kidnapped and raped a child. Let that sink in.

Two years later, in 2010, he sexually assaulted another girl (between 13 and 15 years old) in the same vacant house. For that offense, he pleaded no contest to two counts of criminal sexual conduct and was sentenced to five to 15 years in prison. He was paroled in 2016.

So how did he end up with joint custody of the child of the 12-year-old victim?

Now 21, the woman, who goes by the name “Tiffany,” was living in Florida when she received a court order to return to Michigan. In an interview on a local radio show, she said that she was scared to return, but “I would’ve got contempt of court if I hadn’t shown. I would’ve been thrown in jail.”

The reason? According to Rebecca Kiessling, Tiffany’s attorney, she was receiving $260 a month in food stamps and health insurance for her son from the state, and the county decided to see if it could get some money back. Unbeknownst to Tiffany, Judge Ross disclosed her address to Mirasolo and ordered his name be added to the birth certificate.

That’s when she was ordered back to Michigan and told she was not allowed to move 100 miles from where she was living when the case was filed without consent from the court. This was all done without a hearing, according to Kiessling.

After DNA testing established paternity, Judge Ross granted Mirasolo parenting time and joint custody of the boy. Kiessling is seeking protection under the federal Rape Survivor Child Custody Act, and a hearing is scheduled for October 25.

It’s heinous enough for a convicted rapist to receive parenting rights in any situation. When the child in question is a result of a rape, we’ve moved into grotesque territory. But when the victim was a child herself? That’s monstrous. This man, Christopher Mirasolo, is a pedophile; he raped two little girls (that we know of). Where is the protection for the eight-year-old boy? Where is the protection for Tiffany? Judge Ross has sent a message to all rape victims that his court and the state of Michigan are more concerned about saving money than punishing rapists and keeping victims—including children—safe.

Ironically, just days before the story broke, the U.S. Supreme Court ruled that Michigan’s sex-offender registry laws had to be rewritten because they were unconstitutional. Under a 2006 law, sex-offender registrants are prohibited from living, working, or loitering within 1,000 feet of a school. In 2011, the law was amended so that registrants were divided into three tiers based on the type of conviction, and the rules were made retroactive. The American Civil Liberties Union (ACLU) of Michigan filed suit against the state in 2012, and last year a federal appeals court declared that portions of the law are unconstitutional and that the law could not be applied retroactively. In its finding, the court said that the state cannot cast people out as “moral lepers.” On October 2, 2017, the high court upheld that decision, turning down an appeal from the state.

It’s impossible to fathom on what legal grounds Judge Ross ordered a paternity test, added Mirasolo to the birth certificate, ordered a rape victim (Tiffany) back to Michigan, and granted Mirasolo joint custody of her child; one hopes that the ACLU will be as vigilant in its defense of Tiffany and her eight-year-old son as it has been defending the rights of sex offenders in Michigan.

What is clear is this: a 12-year-old girl was kidnapped and raped, and is now being forced to live in a state she doesn’t want to live in and interact with the man who raped her. And her son, also an innocent victim, may be forced to spend time with a total stranger who terrorized his mother and has been convicted of two sexual assaults of children.

Mirasolo’s attorney, Barbara Yockey, left open the question of whether or not her client will exercise his newly awarded rights. “I don’t know what his plans or intentions might be regarding any future relationship with the child. This might be something we will have a conversation about,” Yockey said.

And this whole Kafkaesque chain of events was brought about because Tiffany had the audacity to collect a paltry $260 a month in food stamps for her and her son.

Do you know anyone worthy of a time-out for his or her sins against Solo Moms? Let us know at contact.us@esme.com.