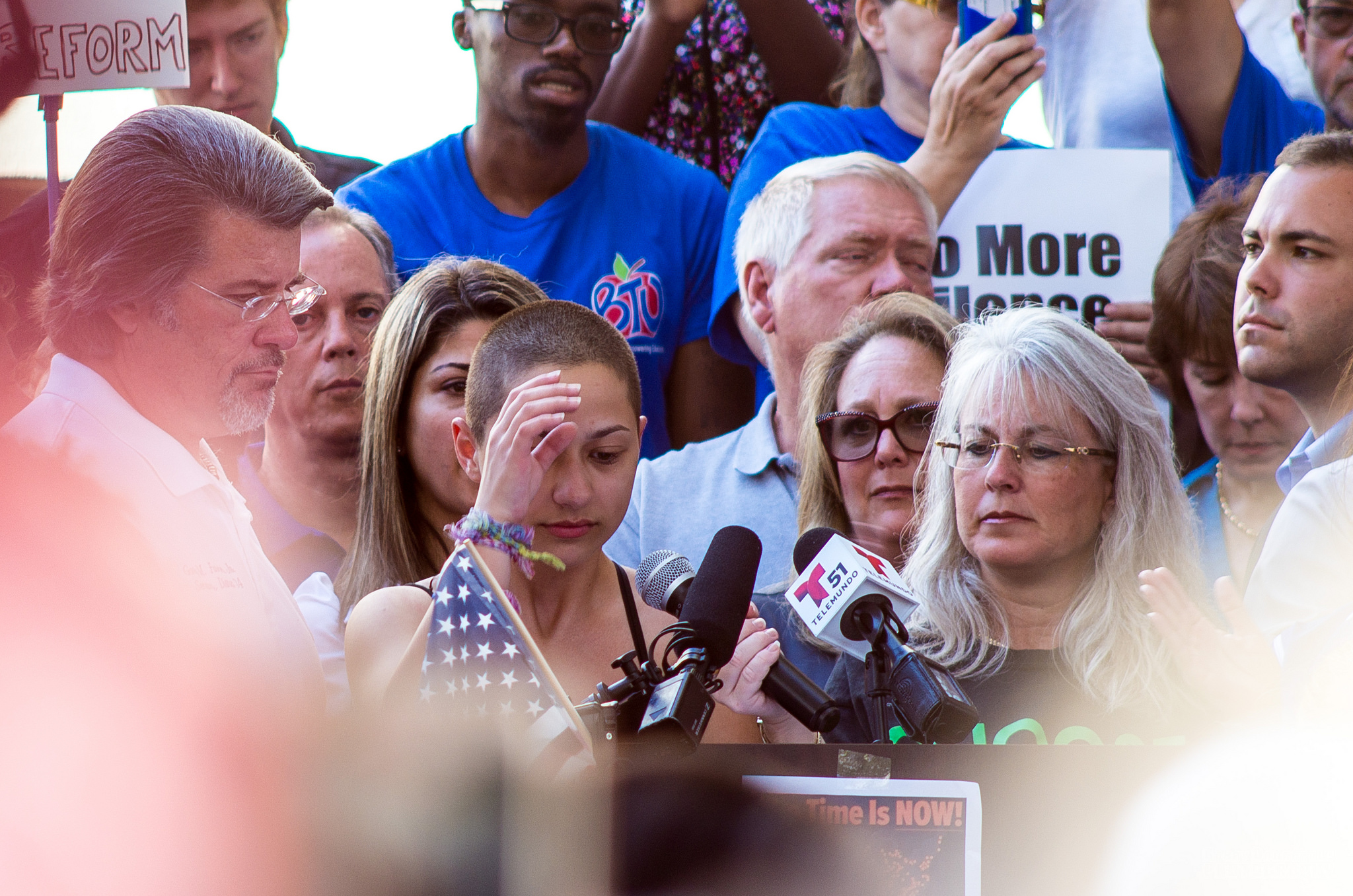 “It’s their job to make our world better.” —Emma González

Emma González doesn’t mince words, and we love her for it. She’s also something of a badass: a high school senior when she survived the February 2018 Marjory Stoneman Douglas High School shooting in Parkland, Florida, González has since then taken on the mantle of activist, advocating for stricter gun-control legislation and making high-profile media appearances to speak against gun violence. Just days after the shooting, she joined other students to organize the March for Our Lives, a march on Washington to lobby for better gun laws. Her implicit message: Not. Broken.

That strength inspired Glamour magazine to admiringly called González “the face of the #NeverAgain movement.” But equally impressive is González’s calm response to the pushback she’s had to deal with in the months since the shooting. “Adults like us when we have strong test scores, but they hate us when we have strong opinions,” she wrote in a February 2018 Harper’s Bazaar piece. She speaks from experience, having endured derogatory comments from internet trolls about everything from her short hair to her sexual orientation. (She identifies as bisexual.) Republican congressman Steve King of Iowa angrily criticized González for wearing a Cuban flag patch on her jacket while she was giving a speech during the march, and a video of her tearing up shooting-range targets was doctored to make it look as though she were tearing up the United States Constitution. That’s a plateful for anyone, and we’re talking about a young woman who hasn’t even hit 20 yet.

But González remains undeterred. As she wrote in Harper’s Bazaar, “[I]t should not be easier to purchase a gun than it is to obtain a driver’s license, and military-grade weapons should not be accessible in civilian settings. You don’t drive a NASCAR on the street, no matter how fun it might be, just like you don’t need an AR-15 to protect yourself when walking home at night.”

It’s inspiring to note that the activism pursued by González and her fellow students has created change. When the Florida Legislature passed a bill titled the Marjory Stoneman Douglas High School Public Safety Act, which raises the minimum age for buying firearms to 21 and bans bump stocks, Florida governor Rick Scott commented, “To the students of Marjory Stoneman Douglas High School, you made your voices heard. You didn’t let up and you fought until there was change.”

And González continues to use her voice to exhort others to exercise their right to a voice. “You might not be a big fan of politics, but you can still participate,” she wrote in an essay that appeared in the New York Times, adapted from Glimmer of Hope: How Tragedy Sparked a Movement (Razorbill, 2018). “All you need to do is vote for people you believe will work on these issues, and if they don’t work the way they should, then it is your responsibility to call them, organize a town hall and demand that they show up—hold them accountable. It’s their job to make our world better.”

Emma González: tough, passionate, and more than deserving of our respect, gratitude, and admiration.