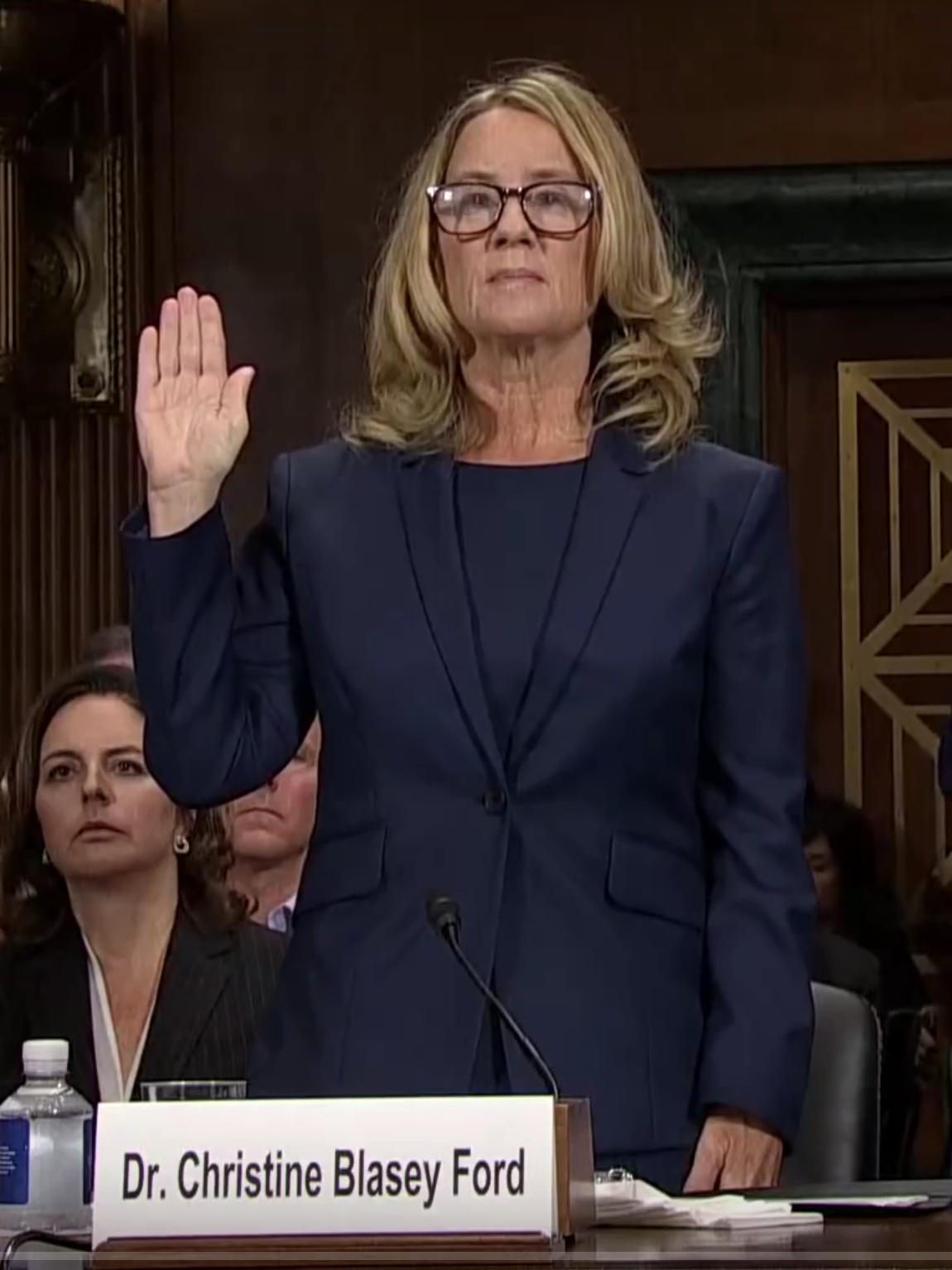 Dr. Christine Blasey Ford’s name hasn’t been in the news cycle much lately. Her face, her powerful Senate testimony has largely faded from the evening news and talk-show roundtables.

But her words still hang in the air. The enormity of her decision to testify before the Senate Judiciary Committee remains with every single one of us who never got the chance to speak up.

The man Dr. Ford accused of brutally sexually assaulting her 36 years ago at a college party is now a Supreme Court justice. But we believe her.

We not only believe her, but we also believe in what she’s done to empower women (and men, too) to come forward about their own sexual assaults and fight back against their abusers.

Her influence is staggering.

In the four days after her testimony, the Rape, Abuse & Incest National Network (RAINN) reported a 338% increase in calls to the National Sexual Assault Hotline. The Friday after Dr. Ford’s testimony was the busiest in the hotline’s 24-year history. And RAINN’s victim-services programs reported helping 28,509 survivors and their loved ones in September compared to 18,129 people in September 2017.

And in response to her testimony, which was both heartfelt and blistering, thousands of people got up and walked out in demonstrations supporting her.

“I hear you. I believe you. I stand with you. #BelieveSurvivors,” tweeted Chirlane McCray, wife of New York City mayor Bill de Blasio, along with a picture of herself dressed in black and surrounded by other demonstrators.

Closer to home, we moms are having conversations about consent with our children because of Dr. Ford. My five-year-old caught part of her testimony on TV and asked me why she was upset and why that man (the new Supreme Court justice) was so angry.

I explained to him it was because that man had touched her body in a way that made her feel afraid and unsafe. And that he had hurt not only her body but also her feelings. And he was angry that she had told on him. It opened up the door to a conversation about touching and feelings and consent I never thought I’d have to have with my five-year-old son, but I’m so glad I did.

Dr. Ford did for the #MeToo movement what many legions of women could not do before her. She told the world what happened to her. She publicly accused her abuser. She did not back down.

In that moment, she became us and all of us became her.

Because I don’t know a single woman in my own life who either hasn’t been sexually assaulted or sexually harassed.

Because I was once told by a managing editor, “Well why didn’t you stop it?” after he found out I had been sexually harassed and inappropriately touched at work.

Because I know for as many women who did speak out in those days after Dr. Ford’s testimony, there are so many more who haven’t yet found their voice.

But that day, Dr. Ford became their voice. It may be a long time before we see her in the public eye, so we have a message for her.

Thank you, Dr. Ford. We heard you. We believe you. We have not forgotten what you did, and we will not forget.

Editor’s note (updated on 11/29/18): Last week Dr. Ford officially closed her GoFundMe page, which she created to raise money for security-related services for her and her family after they were targeted with death threats. With contributions totaling close to $650,000 (far exceeding her $150,000 goal), she posted on the page that the funds “have been a godsend.” She graciously thanked her supporters and said, “All funds unused after completion of security expenses will be donated to organizations that support trauma survivors.”