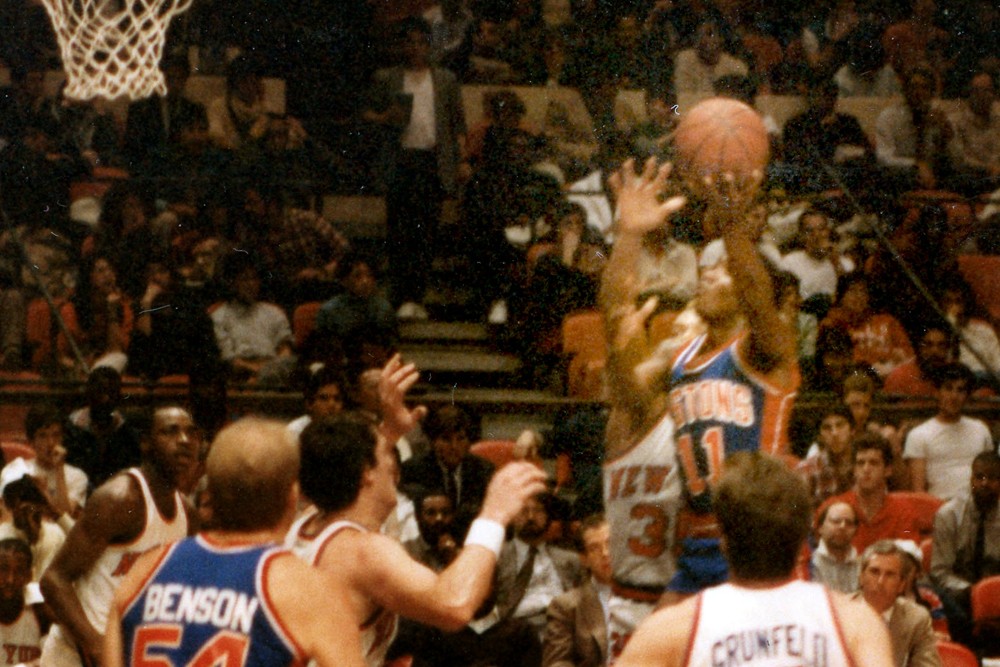 At 5-foot-4 and just barely clearing 100 pounds, Mary Thomas might have been a tiny thing, but she was fierce. The mother of NBA Hall of Famer Isiah Thomas; eight other children; and, it could be argued, an entire neighborhood, Mary just may be the definition of badassery. Growing up in the segregated South, her own education ended with grammar school. But she prized education for her own children, telling them that although she possessed something she called the “mother wit,” school was a priority: all nine of her kids ended up graduating from high school, and four received college degrees. She held her kids—all people—to high standards, and she did so on her own in a tough West Side Chicago neighborhood. “You’re not going to hear nothing from me about [my husband],” she told the Chicago Tribune in a 1989 interview. “It was up to me to raise my kids. Let’s just say I did it myself.”

And she did it on a shoestring. Mary, who sent her kids to Our Lady of Sorrows parochial school, received ADC (Aid to Dependent Children) and made ends meet by working in the school’s kitchen and gymnasium; over the years she also worked in the community youth center and for the Housing Authority of the City of Chicago. Always, she watched the budget like a hawk. As she once said, “We’d sit around the table and have meetings and talk about why [the kids] couldn’t get shoes and they would understand.”

If there wasn’t a lot, what she had, she shared. In 2010, shortly after Mary’s death, her daughter Ruby remembered to ESPN the way her mom opened their home to kids from the nearby reform school. “We had more kids living at our house,” Ruby said. “If she had one bean left, she shared it.” Her kids called her “Dear.”

But that sweetness was tempered with steel. Isiah Thomas was six years old when about 25 members of Chicago’s Vice Lords street gang came around the house to recruit some of his older brothers. It was what was called Draft Day for the gangs, and according to a 1987 New York Times article, a gang leader told Mary, “We want your boys. They can’t walk around here and not be in no gang.” Family legend has it that Mary’s response was short and to the point: “There’s only one gang around here, and that’s the Thomas gang, and I lead that.” When the gang leader started to make threats, Mary went inside. She returned to the porch packing a sawed-off shotgun. “Get off my porch,” she is reported to have said, “or I’ll blow you ’cross the Expressway.”

In fact, when it came to the gangs, Mary developed something of a rep: it got so people would find Mary and tell her when trouble was brewing between gang members on the street. “My mother would come running out of the house and get right in between the gangs,” Ruby told ESPN with a laugh. “And they had so much respect for her, they’d listen.”

Isiah Thomas never joined a gang. And he always understood his mom’s influence. “Not only was she the mother to us, but the mother to all the gangs, the mother to women on the street,” he told ESPN. “She saw human decency and goodness in everyone she met.”

Mary suffered from heart problems and died in 2010 at the age of 87 (though some sources say 86). The actress Alfre Woodard, who portrayed her in a 1989 film called A Mother’s Courage: The Mary Thomas Story, perhaps put it best when she told the Chicago Tribune: “She was doing what she had to . . . Mary’s story reminds us of all the other mothers out there, too.”