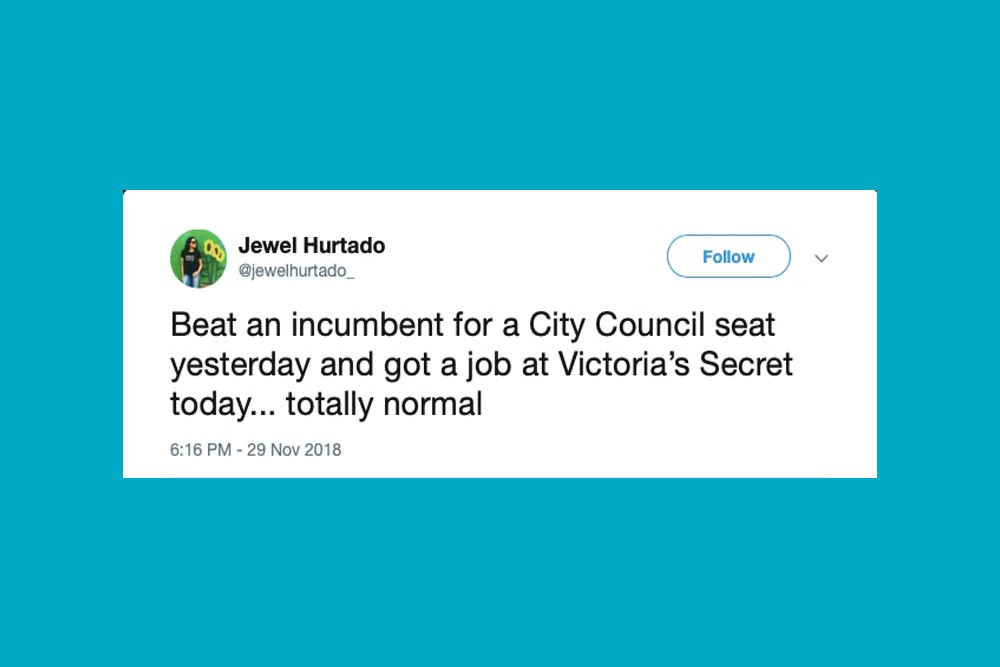 Who is this political phenom who catapulted from high school student to city council member in 18 months, while becoming a mom along the way? Who is this college student, sales clerk, community volunteer, and Solo Mom who campaigned with her infant son, Anthony, on her hip?

Hurtado grew up with her six siblings in Kingsburg, California, the conservative town where she now sits on the city council. Originally settled in 1908 by Swedish immigrants, Kingsburg is currently home to a population of 12,000. Though Latinx people now make up nearly 40% of that population, the Chamber of Commerce website still calls Kingsburg “California’s Swedish Village.”

In this notoriously conservative environment, Hurtado knew she’d be fighting an uphill battle to win her seat. As a woman, a 20-year-old, an “unwed mother,” a Latina—she’s not exactly what most Kingsburg residents think of when they think “government leader.”

But Hurtado wasn’t new to local government, nor to politics in general, when her race began.

In fact, political involvement runs generations deep in Hurtado’s family. According to KQED news, “Her mother works for Assemblymember Anna Caballero, and her grandmother and late grandfather worked side-by-side with Cesar Chavez, the labor leader and civil rights activist who co-founded the National Farmworkers Association.”

Hurtado learned about campaigning through her involvement in a voter registration movement and by volunteering for Bernie Sanders’s 2016 presidential campaign.

Her own grassroots campaign efforts included door-to-door canvassing and communicating with voters, one at time. “Countless days of knocking on doors paid off,” she reported to the Fresno Bee. “Talking to voters face to face was the No. 1 factor to winning the race. They could see who you are, and you could see who you would be serving. It was joy all the way around.”

Meanwhile, Hurtado was facing difficulties off the campaign trail. Her baby boy was having seizures and eventually was diagnosed with tuberous sclerosis, a rare disorder that causes tumors to grow in the body. Anthony’s tumors are in his brain and are monitored with “monthly MRIs and EEG brain scans,” Hurtado shared with KQED, and “is doing much better now.”