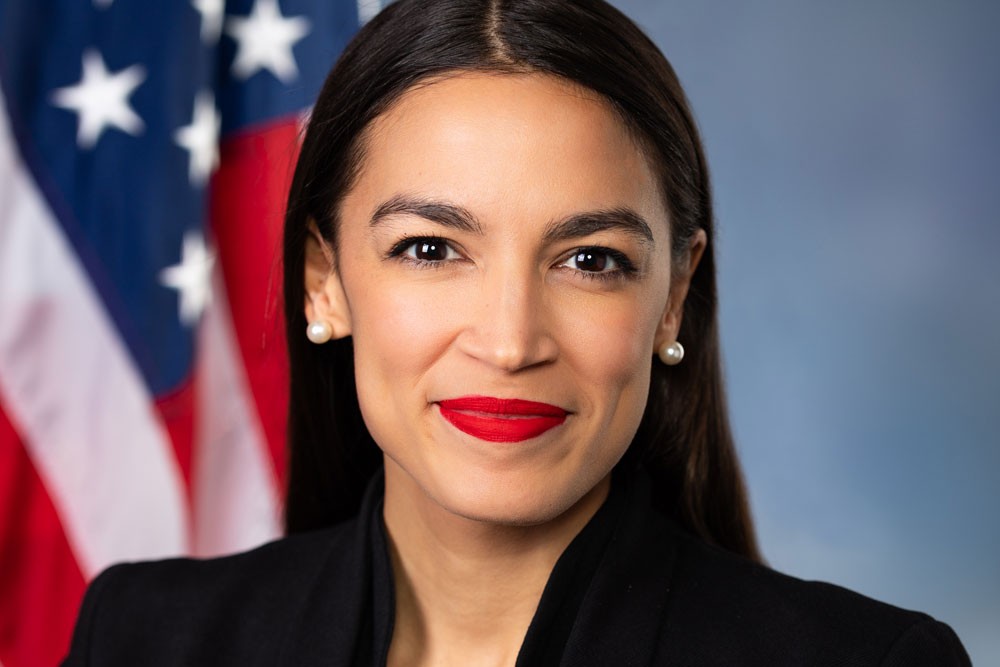 She’s not shy. And she’s not afraid to ruffle a few feathers. Since taking office in January 2019, Representative Alexandria Ocasio-Cortez (also known by her initials, AOC) has stepped to the plate with bold policy proposals, even as she uses social media to demonstrate her lighthearted side. She’s part of a wave of unapologetically liberal freshmen dedicated to bringing a fresh perspective to Washington, DC—and shaking things up in the process.

The youngest woman ever elected to Congress, Ocasio-Cortez is the US Representative for New York’s 14th congressional district. In the 2018 midterm election primaries, she unseated the 10-term incumbent, Joe Crowley, a stunning upset victory that brought her into the spotlight. Now that she’s in Washington, her progressive platform continues to grab headlines. A central issue for the congresswoman? Climate change. And she doesn’t mince words.

In a January MLK Now event interview with Ta-Nehisi Coates, Ocasio-Cortez called the fight to reduce the effects of climate change her generation’s “World War II.” If she got blowback for her comments, Ocasio-Cortez doesn’t take the faultfinding personally. In fact, she got so used to verbal (and written) attacks during her congressional campaign that she’s even developed a bit imitating her critics: “We’re not scared of you,” she’ll say in a nasal voice. “We’re laughing at you!”

But AOC is poised to get the last laugh, even when condemnation gets ugly or borders on the surreal. In a January tweet that included a video of a college-aged Ocasio-Cortez dancing, AnonymousQ1776 opined, “Here is America’s favorite commie know-it-all acting like the clueless nitwit she is.” Ocasio-Cortez’s response? She posted a new video of her dancing outside her Capitol Hill office. “I hear the GOP thinks women dancing [is] scandalous. Wait till they find out Congresswomen dance too! Have a great weekend everyone,” she tweeted. She’s unbowed, in other words, with a worldview perhaps best summed up by her response to another critical tweet, this one about her wardrobe: “Dark hates light—that’s why you tune it out,” she posted. “Shine bright & keep it pushing.”

Indeed, Ocasio-Cortez keeps it pushing as she brings passion and commitment to the table. “[A]s you climb up this ladder, you should be contributing more,” Ocasio-Cortez said in a January interview with Anderson Cooper for 60 Minutes. She was referring to her proposed tax on the wealthiest Americans, which Ocasio-Cortez suggests could fund a “Green New Deal” addressing climate change. When Cooper commented that the freshman congresswoman’s agenda is radical, Ocasio-Cortez was happy to agree.

And, most recently, during a House Oversight Committee hearing in early February, Ocasio-Ortiz highlighted the need for campaign finance reform in what has been called her “Corruption Game” speech. A video of the speech has since gone viral, and on February 12, Newsweek reported that according to a video analytics firm, the video had become “the most viewed video of any politician in Twitter history.” Ruffling a few feathers, indeed.