Yoga as a Metaphor for Life 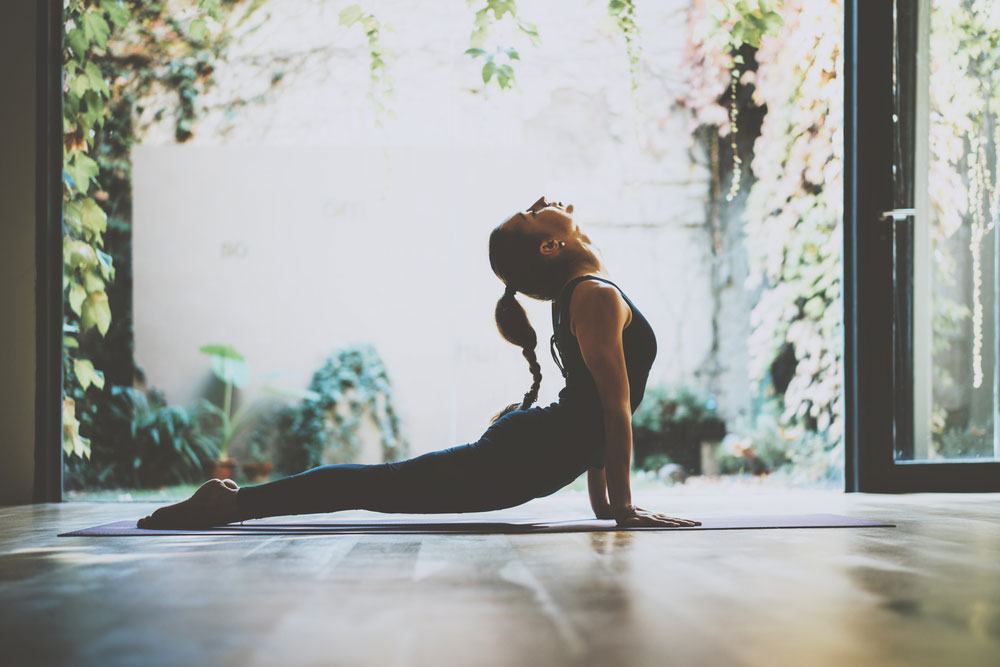 My evolution as a reluctant yogi

When I hear my yoga instructor mention poses “toppling tree” or “warrior three,” I feel a wave of dread. A toppling tree in yoga requires the yogi to balance on one foot, gracefully sweep the other leg up and out, bend at the waist, and reach . . . then balance. I end up looking like I’m trying to fake my way through a sobriety test every time. My ability, or inability, to balance on one foot is my top yoga weakness. I inevitably reach for my yoga crutch, the yoga block, to help steady me.

My life is also loaded with crutches to help me fake my way through. So many days, I feel like that Sesame Street character who spins dishes on one foot, both hands, and his head while teetering on the other foot. He’s a hot mess, but he manages. Somehow I manage a delicate, wobbly balance in my everyday life, feeling like a toppling tree. The slightest wind or bump could push me right over.

That toppling tree doesn’t need me to master it. It exists with or without me. Ultimately, life is the same. Both life and yoga don’t care whether we win, lose, show up, or disappear. It’s up to us to make the most of our life journey. The exact same is true of the yoga practice. We can try, but we can’t rush it; we have to accept the things we can’t change, surrender to the things we are powerless over, and let go and be present. All of that is so much more difficult to master than it sounds. Those are metaphors and challenges I grapple with every single day as a Solo Mom.

I first discovered yoga 25 years ago at a little hippie yoga studio way out in the middle of nowhere right next to Lake Ontario. My classmates were mostly aging, Zen-filled baby boomers. I loved it until another yoga student couldn’t control his farts. I allowed the continually annoying sounds of a fellow student wreck my Zen and abandoned my practice. I went back to aerobics. Then I eventually took up running, which never came naturally to me, and it ruined my knees. Running was my worst enemy, yet I continued to run because, well, everybody was a runner. I ran in desperation to find what everyone else loved so much. I never found joy in it and eventually gave it up altogether. Like the lyrics of John Mellencamp, “I’m not running anymore, for sure.” So two decades later, there I was with fart-wrecked Zen and blown-out runners’ knees.

Slowly, and in a zigzag fashion, yoga lured me back.

Somewhere along the line, I justified to myself that my inability to find a runner’s high was because of my primal genotype. These are the kinds of things sociologists think about to rationalize natural human tendencies. I am convinced that back in caveman days, I wasn’t chasing food or being chased. I was in the cave, cooking and cleaning, bending into a forward fold to pick up the bones from the cave floor, reaching into a mountain pose to adjust the food hung to dry for winter high enough so the animals couldn’t reach it in the cave.

Five years ago, I tried yoga at the country club we’d recently joined in Colorado. I showed up in sweatpants and a baggy shirt. I was chubby, drinking a lot of wine, and in awful shape, recovering from an unexpected and unexplained heart attack. The class didn’t feel natural for me, so I didn’t go back for four years (until a little over a year ago). This time, I felt comfortable in my community and no longer like an outsider. Having no idea that my world was about to be turned upside down by my eldest child’s serious illness, a brain tumor diagnosis, yoga set the stage for the chaos that came on about a month into my re-embraced practice. Child’s pose offered me a safe place to bury my face into my mat and cry on the rough days. On those days, while the other participants pretzeled their limbs into complicated poses, I didn’t choose to force what felt impossible. I surrendered to child’s pose instead.

Transparent to me at the time, those vinyasa classes and the women I connected with in yoga gave me much-needed balance, strength, and serenity for the fight ahead. Yet I still couldn’t conquer that toppling tree. Just as I was really finding my yoga groove and letting my Solo Mom worries go for those few hours each week, we up and moved. I promised myself to carry with me one of my favorite yoga intentions: “May all beings everywhere be happy and free, and may the thoughts, words, and actions of my own life contribute in some way to that happiness and to that freedom for all.”

Then months passed as I settled into our new home in a new state. No yoga, no Zen. No husband around to help with our three children, each of whom was spinning in their own direction. Our son was on the slow path to recovery, but I still felt like I’d been decimated by a train. My family asked when I planned to start yoga again and when I planned to start writing again, as if picking up and carrying on was the easiest thing in the world.

Similar to sheltering myself in child’s pose, I wanted to participate in life as little as possible. Yoga nor life seemed to miss me, but I did slowly begin to miss yoga. I still didn’t want to actively participate in life. As a mother, I had to go through the motions. Mothers can’t check out of life, even when that’s all they want to do.

A month ago, I found myself in a yoga class once again. I’d googled and decided to try hot yoga (as somehow hot yoga seems to have taken over the world and is unavoidable). In that first class, surrounded by mostly young undergrads, I immediately regretted the yoga leg warmers in the sweltering heat. As we warmed up, I was already soaked in sweat and considering an escape from the feeling of being buried alive. The instructor gently reminded us to focus on our intentions for that class. I had too many to choose from, so I chose my yoga instructors from Colorado. I did my best to draw strength from them and let go of the things I couldn’t change. I thought I might puke. For some reason, I returned the next day, and it was easier. It wasn’t effortless but bearable. Life also requires effort to become bearable.

Over the past month, classes have become less agonizing and more pleasurable. Last week I realized I’m hooked on hot yoga. Then the strangest thing happened. Gradually I felt like maybe writing again. Maybe. Then I realized that what I write and how I do yoga don’t have to be perfect; expectations are for the weak. Strength is in showing up. Strength is in trying. Without noticing, I am no longer just going through the motions. My toppling tree is still a broken nose waiting to happen and will possibly always be my vulnerability. I will get out of it what I put into it, yoga and life.

In that first class last month, the yoga instructor said something I will always wrestle with: “Let go of whatever no longer serves you. Leave behind what you no longer need.”

Some people are better at moving on than others. But instead of letting go, maybe I can use those demons and struggles as fuel. Maybe moving forward doesn’t mean lightening the load but figuring out a better way to balance it.