Why I Let My Kids Make Mistakes 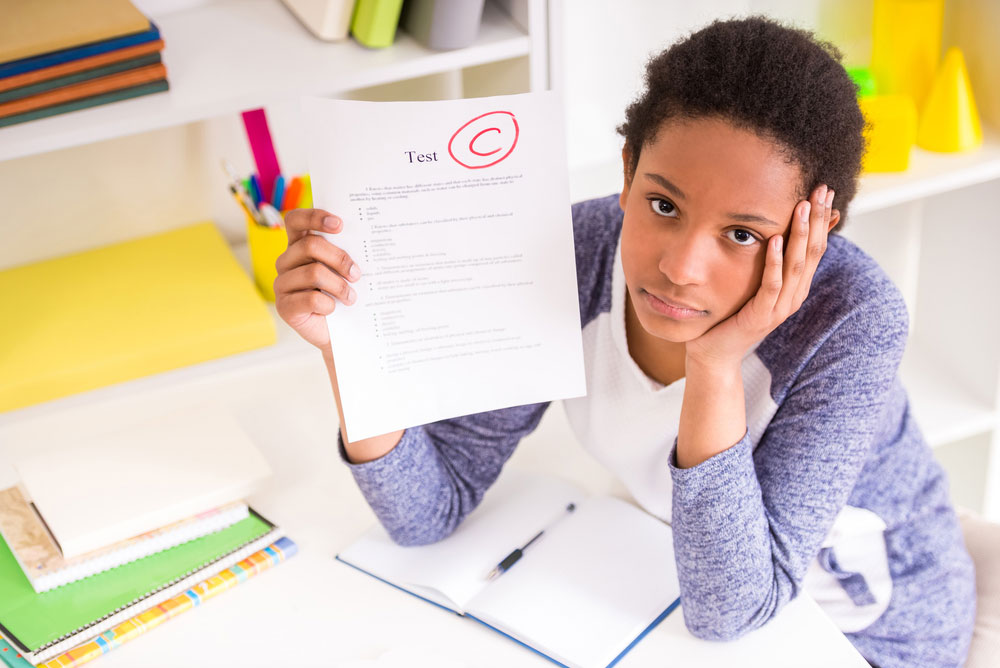 The journey toward adulthood isn’t always about straight A’s

When it comes to making mistakes, there are only two stages of life: before kids and after kids. Before I had kids, it was easy to brush off my own mistakes as life lessons. Once I had kids, everything changed; I began to feel my own mistakes deeply, and it suddenly became my priority to prevent my kids from repeating my mistakes (or making even worse ones!). It’s natural to want to protect our kids, but as my kids have gotten older, I’ve learned to not just accept but even value their mistakes.

Let me explain. I would be lying if I said I haven’t spent more than one sleepless night worrying about my teenagers drinking or using drugs. It’s also true that not one of my three teens has come to resemble an episode of Breaking Bad. I wasted a lot of time worrying, time that could’ve been better spent doing just about anything else. Plus the reality is that pretty much every kid is going to try alcohol and probably pot at least once. Just because I’m quite possibly the only person I know who hasn’t tried pot doesn’t mean my kids will follow in my footsteps—and, if I’m being honest, it probably doesn’t matter if they do. Almost every adult I know experimented with drugs and alcohol in their youth, and every single one has lived to tell the tale.

I’m not by any means suggesting that parents start throwing keggers for their teens. In fact, studies show that teens whose parents encourage them to drink or use drugs at home in an attempt to give them a safe place to experiment just end up drinking more and using more drugs than other kids. My house is a drug- and alcohol-free zone for everyone, myself included, and my teens know that I won’t tolerate any wild parties on my watch. When one of them decided to give alcohol a try at a friend’s house, I drove straight over, picked him up in front of his friends, and never let him go back to that particular friend’s house again—and that was more than a year ago! But the only reason I was able to intervene was because his sister promptly ratted him out, and when he became concerned that his friend was truly abusing alcohol, I was the first person he came to for advice. He knows it’s OK to make mistakes in our household, even if they sometimes come with unpleasant consequences, and he also knows he can come to me when things get scary.

With three teenagers, schoolwork is a never-ending struggle, and sometimes I want to tear my hair out because I seem to have raised kids who are exactly like me. I was the classic underachiever who aced every test but never turned in any homework. I squeaked my way through high school, and quite possibly the only reason I got into college was because I sent my newspaper clippings and essays to the English department. I have lucked my way into great gigs, and sometimes that gives my kids the idea that it’s easy to follow in my footsteps. Meanwhile, I know exactly how much harder my slacking made my life (not to mention all the scholarships I missed out on as my student-loan debt climbed!).

No matter how much I try to push my kids to excel academically, none of them is motivated to get straight A’s. One of them is counting on his high SAT scores to get him into his chosen college, and another is forgoing college entirely, focusing on learning a trade instead. Their lives would be easier if they buckled down and got perfect grades, but I’ve recognized that spending all their time cracking the books would make them miss out on all the things that bring them joy and help them contribute to their communities, too. My kids march in protests, volunteer at a local children’s hospital, have jobs, intern at programming companies, spend hours watching science videos on YouTube, write novels, and generally spend their free time finding their place in the world. It’s hard to argue with that (but you can bet I often remind them that they are on their own for college tuition!).

If my own life has taught me anything, it’s that life is never a straight path from point A to point B. Some of the best experiences of my own life were detours that didn’t make a lot of sense at the time but that paid off in terms of life lessons, future employment, or just plain fun. My kids’ dreams take a similar winding course through everything from the Peace Corps to teaching in inner-city schools, but having the freedom to dream big and a tolerance for failure can make them only more creative and resilient as they grow into adulthood.

As a parent, it’s tempting to get caught up in the competitive need for our kids to be successful. It’s rooted in love and good intentions, but I’m not convinced that it breeds compassionate, empathetic kids. I want my kids to find careers they love that pay the bills, but I also don’t want them to ever feel consumed by their work. As cliché as it is to say, life is short, and it’s silly to spend it doing something you don’t enjoy. I want my kids to have time for their families and find ways in which they can contribute to their communities, not just focus on their own career success. But, most of all, I want them to grow into adults who can flex, change, and cope with whatever life throws their way.

So maybe my kids will try alcohol, have sex (using a condom!), get too many C’s, miss out on scholarships, travel too much, and give more of themselves than they get back, but it’s hard for me to call those mistakes—taken together, all of that sounds a lot more like a messy, beautiful, adventurous life that’s well worth living.