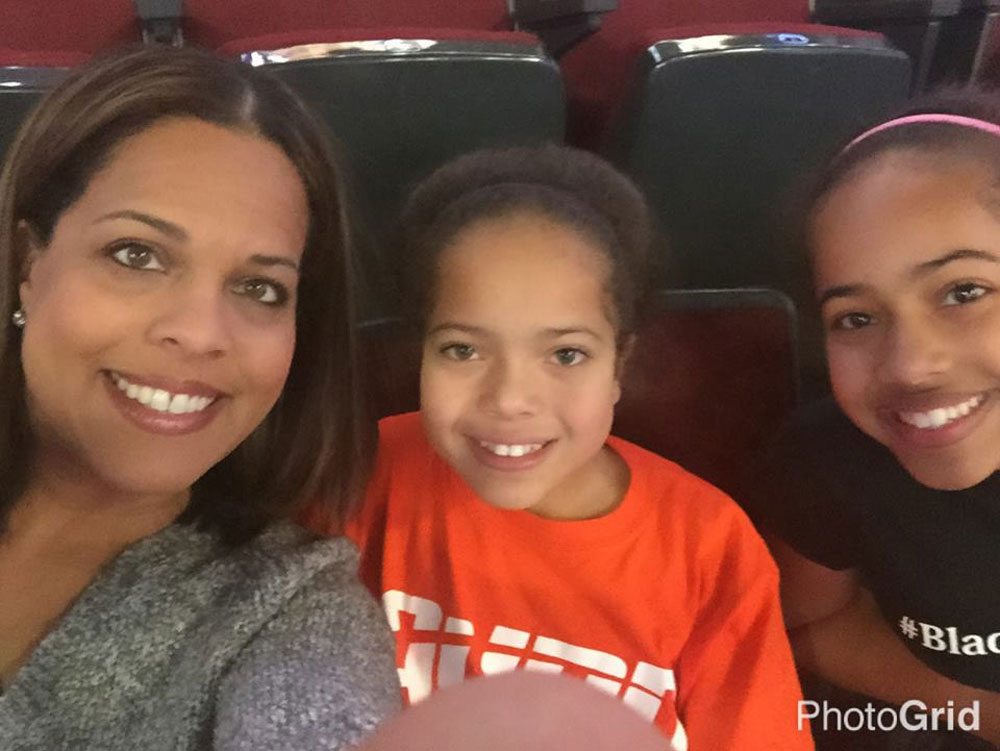 The pain of Black motherhood under a Trump presidency

Each year, February 1 marks the first day of Black History Month, a time to acknowledge and celebrate the contributions of Black Americans. I grew up in a predominantly Black community and was fortunate enough to attend a school that made Black history an integral part of its curriculum throughout the year.

For most Americans, February (the shortest month of the year) is the only time spent honoring a very important demographic in this country. This year, however, February 1 marked something very different: it was the day that the elected president of the United States attempted to send a very clear message that we Black Americans do not matter.

The devastating outcome of the presidential election was a rude awakening that I am, indeed, a Black woman—an oppressed, marginalized, undervalued Black woman raising two Black girls who have received the same message loud and clear.

For the past three months, I have worked tirelessly to not only build myself back up but also uplift my daughters, desperately searching for hope and comfort during these very dark times. I would venture to guess not many of you know how exhausting that is—to have to give yourself constant pep talks, to be your own hype woman—willing yourself to believe that you are good enough, smart enough, strong enough, and worthy enough, when all the while your country says otherwise. Now imagine having to do the same thing for your daughters. Every. Single. Day.

It has not been an easy task, but I was slowly making progress until February 1 when I read the thoughtless, ignorant Black History Month “remarks” given by our country’s elected leader. I was stunned. His comments were not only narcissistic and dismissive but also incomprehensible! He couldn’t even be bothered to properly prepare for such a meaningful occasion for so many, presumably because it wasn’t meaningful to HIM. What kind of message did that send to Black America? It was the message we have received our whole lives: no matter how hard we try, WE DON’T MATTER. Reading the transcript of his speech brought on endless tears of humiliation, fear, rage, and hopelessness.

To go from our first Black president who was full of compassion and dignity to our current leader has been jarring for many, to put it mildly. In the stroke of a pen, an executive order tells so many Americans they don’t matter. In an incoherent afterthought of a speech, an entire race is told we don’t matter. The postelection days have been uncharted territory for me. President No. 45’s Black History Month remarks were just another blow to my already battered soul. I have never felt so tired and alone. Most nights I fear I will lose the resolve to push forward, to rise up, to resist, to fight. Just when I am ready to admit defeat, however, I reflect on what Black History Month truly represents and the heroic contributions and sacrifices of Black Americans.

Our struggle is nothing new. The cards have been stacked against us since the day we arrived in this country. However, we are survivors. We are full of grit, resistance, and perseverance, and no tactless speech can take that away from us. It is my duty and my privilege to educate my girls about the beauty and power of Black America. They will appreciate and replicate our efforts to make this country great for all.

My girls, this country, and our president will know that #BlackLivesMatter.

Dr. Sharon Robinson grew up in Gary, Indiana. She received a BS in psychology from Duke University and a medical degree from Indiana University, and she completed her residency in pediatrics at Children’s Memorial Hospital (now Lurie Children’s Hospital of Chicago). She lives in Evanston, Illinois, and practices as a full-time pediatrician.