When Actions, Not Words, Deserve Attention 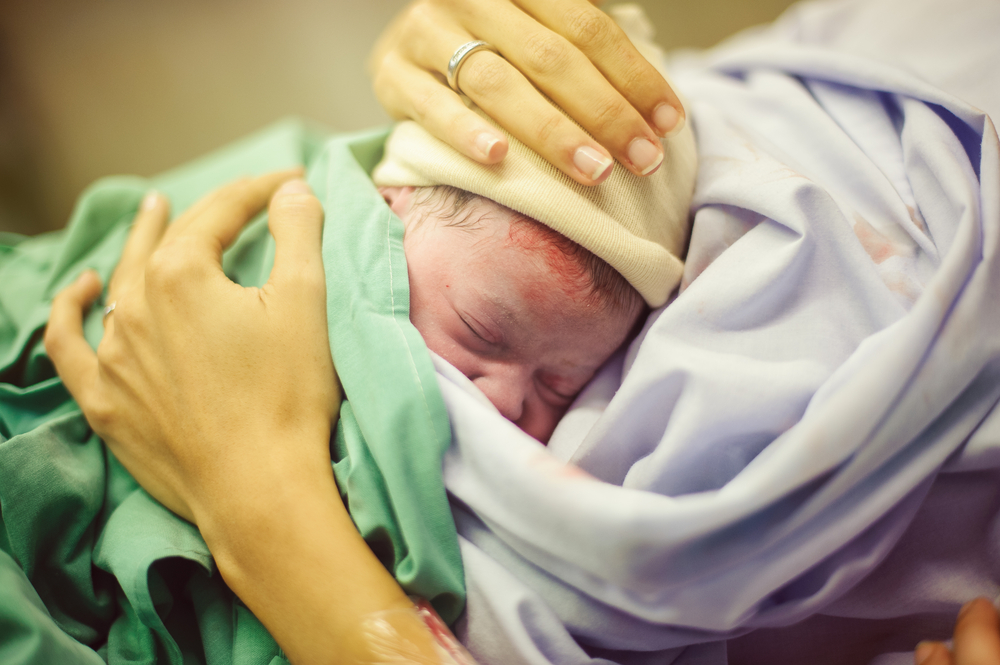 A dad fails to show up at his daughter’s birth

The birth announcement I made for my daughter is not truthful.

In the depth of my longing for her father to love me, to be with me, and to be involved in his daughter’s life in the ways he told me he would be, I wrote the announcement as if he were there. I longed, with a blind and dizzily confused longing, for him to be there, but my daughter’s father did not attend her birth.

Sometimes the seismic shifts that alter our lives are, in retrospect, painfully apparent, but when you’re in the middle of them they can be muddy, slow, and confusing. Despite my daughter’s father’s many statements during my pregnancy (“I want to have a baby with you,” “I’ll never be a deadbeat dad,” “I’m coming to the birth”) and in my daughter’s early years (“I’m coming to meet her,” “I’m sending child support money”), his actions never reflected his words. He didn’t meet her or hold her until she was a year old, after I had moved all the way across the country to his city to go to school.

I gave birth to my daughter on the same day my father started campaigning for an election. My mother was my birthing coach, my old friend was in town and planned on attending the birth, and my sister was there, too. The maternity-ward nurse, who promised to be present as I labored, was my mom’s high school friend, and my family doctor had delivered my three younger siblings. At the same time that I felt entirely supported and loved, I also felt bereft, adrift, and stricken. The man I was so in love with wasn’t there for the birth of his daughter, wasn’t there for me.

Like the shifting of tectonic plates underground, like the inch-by-inch movement of continents pulling further apart, like a laboriously peeled-off bandage and the scaredy-cat tiptoe into a cold lake, this was a heartache of the grinding, slow-moving kind. The birth announcement for my daughter was very sweet. I photographed her at seven days old, designed the cards, printed them off, and mailed them myself: “As the snow gently fluttered down in the late morning, Ellazora entered the world, greeted by her parents, Janelle and Shawn.”

It’s almost as if I had two selves operating at once.

On the one hand I was a savvy, confident woman looking at her future, knowing my decision to have this unplanned-for baby rested on a week of deep soul-searching. As my boyfriend (and former fiancé) repeatedly begged me to have this child and expressed his ardent longing for a baby and to be a family unit, I knew I had to make a decision to become a mother for myself alone, not for him or to save a relationship that was on rocky ground.

Every decision this savvy part of me made was forward thinking, strategic, and oriented around the health of my child and myself as a mother. I moved back to my hometown, accepted my parents’ support, tightened my budget, got really frugal, left this man’s name off the birth certificate when he didn’t show up for the birth, and started a registered education savings plan for my daughter. I did all of it, immediately.

On the other hand, I was a perpetually stunned, naive little girl who just wanted to be loved, who clung to every word spoken by my daughter’s father as the truth, even when my guts pinged and said, Something’s not right—pay attention; remember when he said this same untruth last month? This innocent me twisted and strained against my savvy self’s guidance, arguing back and forth, But this time it’ll be true; we love each other, and isn’t love enough?

When the two selves merged

The truth is it took several years after the birth of my daughter before the savvy woman and the naive little girl merged and started working together, before I learned to look at someone’s actions before I listened to his words, before I learned that integrity and trustworthiness come from being with someone who does what he says he’ll do and speaks to the truth of his actions. This slow and heartbreaking process taught me that setting my own boundaries and being able to say “Yes, I love you, but no, I won’t put up with this” were the most important skills of all. When practical and clear met soft and sweet and trusting, a wholehearted, discerning woman emerged, and for that I am so grateful.

Do you have a story to tell? Share it with us by submitting it to Perspectives.