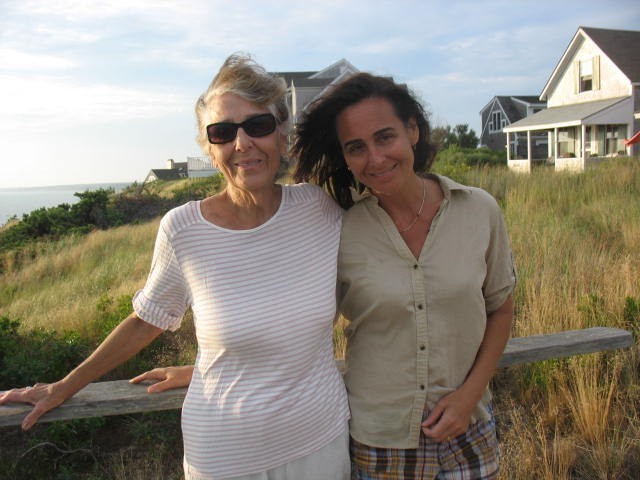 Everything changed after I found Baltimore Women's Liberation

I was an only child until my daughter broke our family’s one-child curse. I don’t have evidence to support this, but our two-generation family of “onlies” seems pretty unusual.

I was also a “divorced woman” and single mother of a two-year-old daughter, both rarities in those days just before the second wave of the women’s movement hit the beach. Again I felt the familiar sting of being out of step with normal.

Myths about “onlies” abounded, and I believed them. We were supposed to be spoiled and over-protected by our permissive parents, who blossomed into bossy, self-centered adults unable get along with our fellows. Growing up in the forties and fifties, I believed those debunked myths. Nevertheless, I was ashamed of being an only child. It meant that something was wrong with our family and something was wrong with me.

I plagued my parents with requests for a sibling and fantasized about having a younger sister with whom I would play and look after, someone to snuggle with when my parents fought, who would share my grief when my mother died.

My favorite book and then movie in my pre-teen years was “Cheaper by the Dozen.” Their family was like an all year round summer camp, lots of kids to play with and two caring counselors to organize activities and referee arguments.

Still my status as a single mother caused me to feel illegitimate. I was one of two working moms in a group of twenty-five mothers at my daughter’s co-op nursery school. I thought those mothers probably felt smug, safe in their young intact families, sorry for me swimming upstream alone.

Everything changed after I found Baltimore Women’s Liberation. I stopped being embarrassed about my unofficial status and began to feel a tad superior to those stay-at-home moms whose lives I had envied. Ten years later many of Anita’s friends’ parents were divorcing. Homebound moms went back to the jobs they were trained for, returned to or started college, and began careers. By the eighties I was no longer an outlier but a pioneer.

As my world widened I met other only children and was relieved I wasn’t an anomaly.

By my thirties I knew that the stereotypes of adult only children did not apply to me. I was a busy, working, single mother and was considered a “team player” by my co-workers. Yet every so often someone would ask me, “Do you have any brothers or sisters?” Then, a twinge of shame, like a forgotten tic, would cause me to pause before saying, “I’m an only child.” After my daughter, Anita, was born, the question would be ”How many children do you have?” Then, as if the person hadn’t heard my response, I might hear, “So, you only have a one child?”

As a psychotherapist for many years, I saw single moms and women on on the cusp of becoming single mothers. A common theme was a feeling that their families were incomplete, missing a limb, somehow not legitimate. I understood and often worried if my little family of two only children was enough. The answer came one Christmas when my daughter was eight and I was thirty-four.

Our secular Jewish family celebrated Christmas. There were gifts, food, drinks, jokes, and slide shows, a photographic chronology of our immigrant family. This continued until my grandmother died, and my aunts sold the family house and scattered to Pennsylvania and California. Not sure what to do, I travelled to my aunt’s house in rural Pennsylvania. She scoured up a scrawny tree, but it was a sad, pale affair. Enough. I decided to have Christmas on my turf in Baltimore.

The following Christmas we got a small tree and decorated it, listening to Diane Warwick belt out Burt Bacharach favorites. After my daughter went to bed, I wrapped presents, removed the brown paper from sent packages, and carefully placed a small, pale blue bedroom set under the tree. I crept into her bedroom, captured a Barbie doll, and propped her up against the headboard. I looked at my handiwork, the tree lights blinking, and was pleased.

In the morning, I sipped coffee as we took turns opening presents. We ate lox and bagels, a Christmas morning tradition and I made scrambled eggs. Family members called. Did I like the sweater? Did Anita like the Barbie clothes? Anita played with her toys. I took a nap. I knew we two only children were enough.

Do you have a Solo Mom story to share? Submit to Perspectives.