Trump as the Embodiment of All Unfaithful Husbands 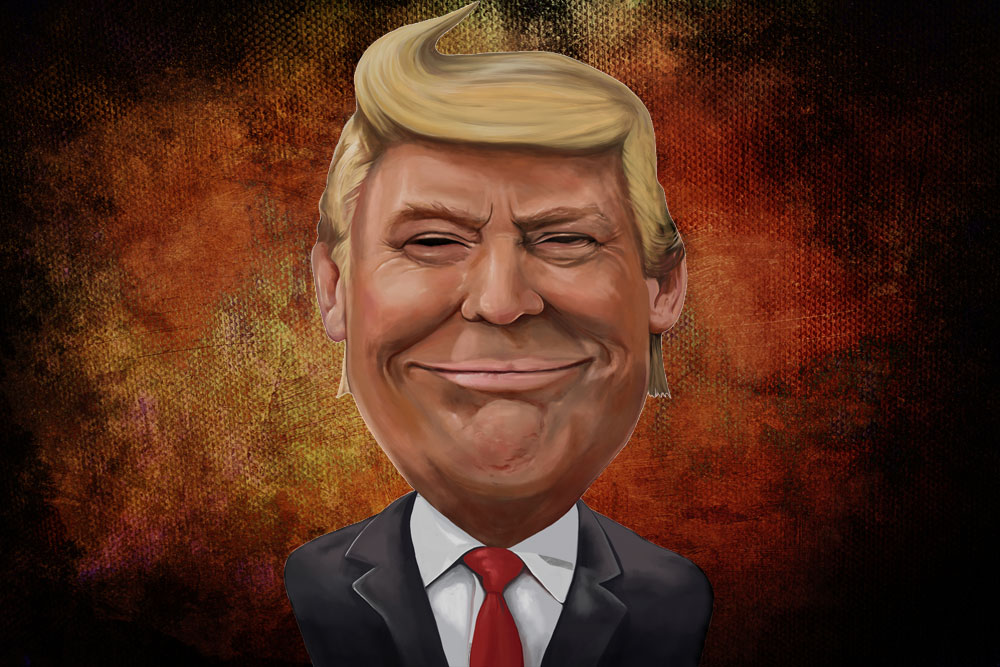 Though not flawless, my life with my husband of more than two decades and our four wonderful children was one of controlled, beautiful chaos. I’d followed him wherever in the world the military had sent him, sacrificing my own career ambitions for his. I raised our children primarily as a solo mother, yet our life was exactly what I wanted. It was perfectly imperfect—or so I thought.

A year ago, my world and everything I knew to be real was flipped upside down when I accidentally discovered that my husband had been unfaithful.

This horrible revelation just happened to coincide with the unprecedented and catastrophic rise of the reality-television star, businessman, and serial adulterer Donald Trump as the leading Republican nominee contender for president of the United States.

As devastating as my own private crisis had proven to be, the battle between Trump and Hillary Clinton, who was herself the victim of a husband with no impulse control, poured daily doses of salt into an already festering, pus-filled wound. Somehow the battle between Clinton and Trump echoed the battle I faced within myself. Two months into his presidency, I still replay the horrors of the election in my mind.

In one corner, we had Trump: a father of five children from three wives. His shamelessness in his bragging about his conquests of beautiful women has no end.

In the other corner, we had Hillary Clinton: a brilliant woman who presumably forgave her husband for his indiscretions and kept her family intact, for which, ironically, she has been attacked and vilified.

I fully subscribe to the political philosophy that unless a crime has been committed, the happenings within a political couple should be kept private. I have thanked my lucky stars numerous times for my own anonymity through this ordeal with my husband. As public figures, neither Trump nor Clinton had that luxury; although it can be argued that personal choice played a factor in that distinction.

At the beginning of Trump’s candidacy, the voting public was already fully aware of his history of infidelity, by his own admission. His flagrant flaunting of the new Mrs. Trump in front of the tossed-away wives surely caused harm to his children, despite their protests to the contrary. If nothing else, it shaped who they will become as adults.

The terrible things Trump has said about Ivana Trump, his first wife and the mother of his three oldest children, are public record. Adding to that was a report by Ivana implying that she was a victim of sexual assault by her husband.

As the campaign progressed, more and more allegations of his sexual innuendos and misconduct piled on top of countless tasteless and offensive comments. The allegations became a daily occurrence. The culmination of Trump’s disdain for women came in the form of a leaked Access Hollywood interview in which he bragged about both hitting on a married woman (he had, at the time, recently married his third and current wife) and committing sexual assault. When publicly forced to account for those words, his two predominant excuses were: “It was just men’s locker-room talk,” and “Bill Clinton did worse things.”

Hillary Clinton was publicly humiliated by her husband time and time again, as his adulterous affairs were made public. I do not give Bill Clinton a free pass—not at all. I do believe two things: one, his dalliances were consensual, and two, he has shown genuine remorse, unlike Donald Trump. Hillary’s reasons for forgiving her husband are her own and not for public consumption. The true crisis for me is that Hillary has been blamed by many of the less-evolved bottom-feeders for causing her man to stray. If only she had been less ambitious (i.e., power hungry) or sexier or more attentive to her husband, he would have never been tempted to stray. That particular thought has been playing on a nearly continuous loop in my own head since last summer (so you can imagine how much fun it has been to have that notion reinforced electorally).

There is also a segment of the population, including Christian conservatives who claim to value the traditional family, that fault Hillary for staying married. I have heard that sentiment myself from people of whom I expected higher thinking, including my own child who said that he did not like Hillary because she stayed. I died a little inside when I heard that. His own father had cheated. How would he feel if it were more personal? Trump poured gas on that fire when he paraded women accusing Bill Clinton of misconduct in front of Hillary at the second presidential debate as retaliation for the Access Hollywood leak.

As a victim of recent infidelity, I took personal offense to this act of cowardice and douchbaggery.

Still, the thinking portion of our nation was convinced that Hillary would reign victorious over the lying, cheating blowhard that is Donald Trump. Spoiler alert: I was wrong, and I have felt a sense of betrayal on election day, inauguration day, and nearly each day he says or does something that minimizes women’s roles in the world. It is all a painful reminder of the adultery I endured privately. This country has an abundance of angry, sexist men who are threatened by strong women. They embraced Trump, and for that, I will not forgive them. I hope that someday those men (and women) are held accountable for aligning themselves with the likes of Trump. All the while, I recognize that I can no longer separate my own anger at my husband from the world of Trump baboonery.

I am hopeful that waters have calmed for Hillary and she is finally getting some rest from the relentless hate directed toward her. And although the next four years are going to be horrible from a political standpoint, I am constantly reminded that my circumstances could be so much worse if I had the misfortune of being married to a man like our president.

So, oddly enough, I am thankful to be married to a man more like Bill Clinton than Donald Trump, a man who daily demonstrates remorse and penance for what he has done.