There’s No Such Thing as Too Much Love 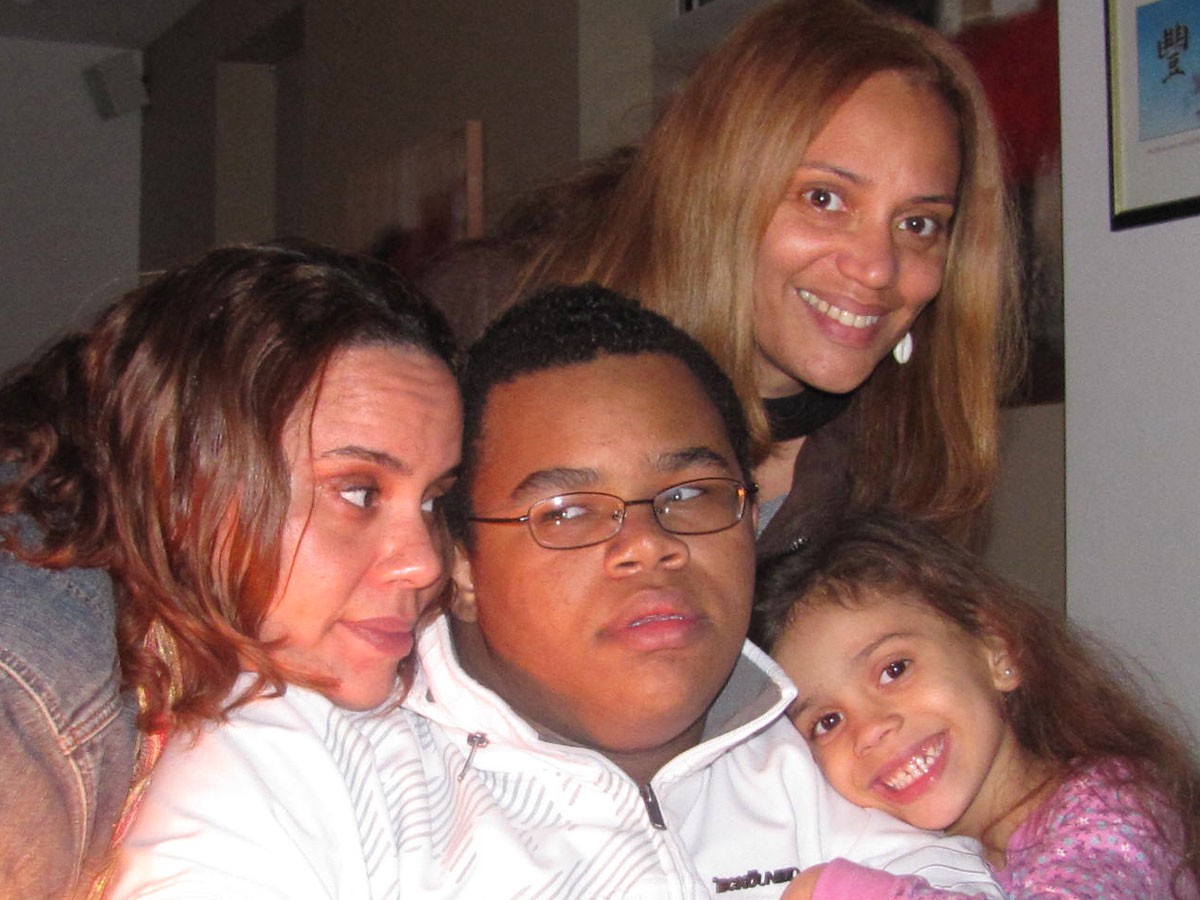 "I’m pregnant,” said a disembodied voice on the other end of the phone, followed by a long tired sigh. “What am I going to do?" the voice asked, more rhetorically than seeking an answer.

My sister was finishing her residency at a busy urban hospital and was set to start her first real job as a physician. She was engaged to her boyfriend, and it seemed as if a new life of love, marriage, and a rewarding career was on the horizon. You know, the happily ever after part. Unfortunately, by the time I got that call on a crisp winter morning, her relationship had begun to fall apart, and she had decided to end the engagement. Concerned about how she would be viewed as a single pregnant professional, her long work hours, and the condition of her relationship with the baby’s father, she made the very difficult decision to terminate the pregnancy and set a date. I understood her decision.

But she changed her mind. “I couldn’t do it,” she told me.

So began my sister’s pilgrimage as a Solo Mom. I offered her my support and assured her that I would be there every step of the way. We spoke regularly, and I made a point to accompany her to her prenatal appointments. Together we discussed whether we thought she was having a boy or girl and if she was going to find out the baby’s sex or wait till the baby was born. Then we began the birthing classes.

I found myself becoming more and more excited as I anticipated the arrival of this little person. As my sister’s pregnancy progressed, I thought long and hard about what it meant to be supportive. What did I mean when I said I will be there for her and her baby? Did I even know what I was talking about? The more I thought about this, the more I felt a sense of duty to put these words into action. But how?

I had shied away from parenthood largely because of our family history. My sister and I grew up in a bitter and hostile environment. My father was abusive and often lashed out at our mother and us. This included physical abuse and hours of mental and emotional torment, such as being berated for hours on end or denied food and sleep. While my mother got the brunt of his fury, no one was safe from his wrath. When my parents separated, my sister and I were in our early teens. My mother was forced to take on the role of Solo Mom. She worked very long hours and on most major holidays. My sister and I were often left to our own devices and could be found sitting in front of the TV eating bologna sandwiches for Christmas dinner. Thankfully, we had each other. As the older sister (by a year), I always felt a sense of protectiveness toward my little sister. These feelings came into sharper focus when she became pregnant, as now they included her baby.

When her eight-pound baby boy came into the world, I never could have anticipated how he would change my life, much less my sister’s. As a woman who didn’t dream of having children someday, this feeling came as a bit of a surprise to me. His round face, flushed cheeks, and big cry to let the world know he was here are among my most vivid memories of his birth. I felt the shock of love instantly. For my sister, I knew this would not be an easy journey. Raising a child is hard work, often triggering our own fears and anxieties about our ability to parent. Even in the best of circumstances, having responsibility for the life and well-being of another human can be daunting. As a working solo parent, you can’t always be around to celebrate every holiday or show up for every school function. During my nephew’s childhood, my sister often struggled with feelings of guilt. I think this is common. We want the best for our children.

From the moment my sister announced that she “couldn’t do it” and through my nephew’s birth, childhood, and now early adulthood, those reflections of how I could best show my support took on many different forms. Given our past, I was keenly aware of the need for a loving and emotionally stable childhood for my nephew. I made it my mission that the cycle of abuse would not be perpetuated. Being a sounding board for my sister helped ease her stress. Offering my nephew a fun place for sleepovers, the occasional junk food, and a movie made my sister feel a little better about those late nights at the office. Someone has always been present at his school function, including the time he refused to sing “Baby Beluga” with the rest of his preschool class. My nephew has spent every holiday of his life taking part in the festivities. When he was a kid, he would come to my house the night before and help with the baking. Many sweet family traditions have grown out of my time with my nephew, as well as my love and commitment to being a Solo Mom ally. I will lovingly prepare an Easter basket for him even when he is 40. Recently, he left for college with a care package and fresh-baked chocolate chip cookies in hand from his auntie.

These days, my sister calls me when a bout of empty-nest syndrome strikes or when she wants to discuss whether or not we think he should study abroad. I must confess that while I take great pride in having helped my sister co-parent her son, I am also grateful that she allowed me to be such an influential part of his life. This experience has strengthened the bond between my sister, my nephew, and me as a family. I learned there is never too much love. The more family and friends there are to shower a child with that love, the better. My nephew grew up surrounded by people who love him. His mom, grandmother, my husband, and I worked together to be a solid support system. As that old African proverb says, “It takes a village.”