The Unwavering Love of Family 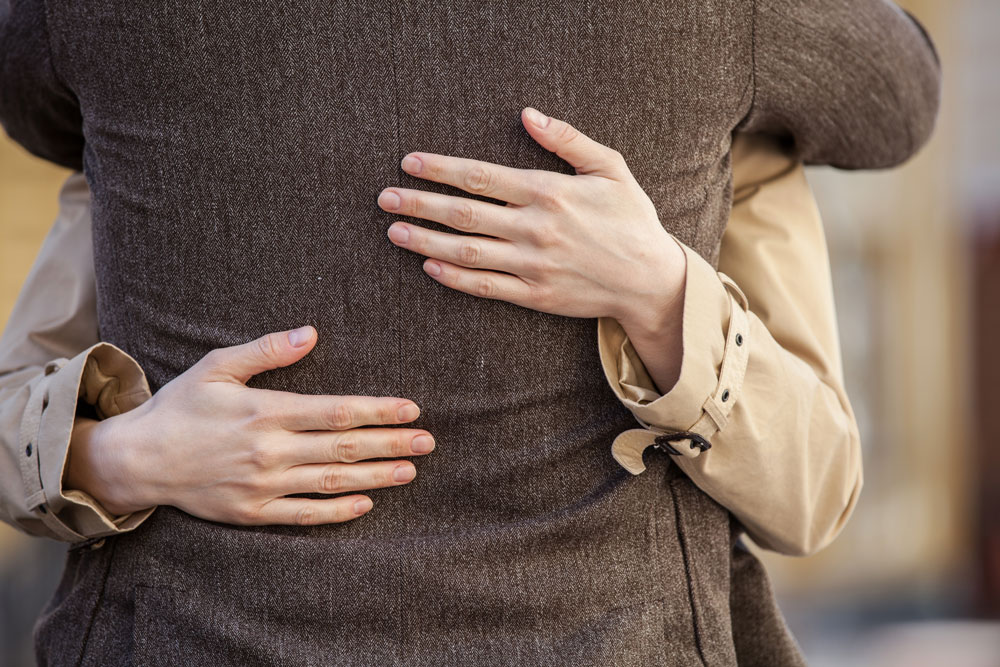 An abusive relationship, a baby, and a safe exit

The story I have to share does not start out with a fairy-tale beginning. I was in an abusive relationship for years and unexpectedly got pregnant. When I first realized I was pregnant, I decided it was my opportunity to take control and get out of my horrible situation.

I was 27, living in a crappy apartment with my crappy boyfriend and not on the best terms with my family. Although very close in previous years, my family and I had grown distant as my relationship with my boyfriend and his abuse intensified.

I took a pregnancy test alone in the bathroom, while he distracted himself watching TV in the living room. As I saw the little plus sign bleed into the screen, I stared as relief and panic washed over me. I knew this was going to be life-changing, but I also knew this was going to motivate me to do better and stop the abuse from continuing. It was bad enough that I allowed myself to be treated so horribly, but I was not going to allow my child to be abused, too. If I couldn’t do better for myself, I was certainly going to do better for my child.

I pulled myself together and told him the news. He could tell by the look on my face that this wasn’t just a scare. He asked flatly, “You’re going to have it, right?” and I firmly and happily said yes. I told him that whether or not he feels ready, I was having this baby and would do it alone if need be. He said he would stay with me and figure it out.

His family helped him buy an engagement ring, and he asked my father for permission to marry me, I guess in an attempt to show respect. I was thankful, in a way, that he went the extra mile to get a ring, especially because I was petrified to break the news to my father, of all people. Deep down in my heart, though, I knew I didn’t want to marry him. We had the worst relationship, and a ring and a baby were not going to fix our problems.

Nevertheless, he proposed to me, and I had said yes, hoping that somehow I could make it work. We told my father, who was somewhat accepting. He never liked my boyfriend, and he didn’t even know the half of what went on. Had my father known about the abuse, forget it—he would’ve been at our doorstep.

I called the doctor and made my first appointment. It was scheduled for two weeks later, when I would be about eight weeks pregnant. I had to schedule blood tests and more appointments, and during this time, my boyfriend started going out more. He would lie to me about where he was and whom he was with.

I went to work one Monday morning and saw pictures posted on his Instagram page from the previous Saturday. In a lot of them, he was clearly on drugs and with different girls. Seeing him with other girls was nothing new—I had become numb to it—but in that moment of recognizing how obliterated he was, I had a huge awakening. I realized he didn’t care at all that I was pregnant or about his own child. He didn’t care that his parents shelled out a few thousand dollars for a ring, and he didn’t care to find a way to coparent with me for the sake of our child.

This epiphany slapped me in the face so hard that I jumped out of my seat. Without hesitation, I told my boss I was suddenly feeling ill and had to leave immediately. I ran out of the building, practically flying. I wanted to get back to the apartment before he returned from work so I could get my things and my cat, and move home to my parents’ house.

When I got there, I furiously packed everything. Lastly, I placed my cat in a tiny Victoria’s Secret bag because that’s all I had to carry her in. I drove away, escaping the nightmare that had been my life for the past five years.

After arriving at my parents’ house, I called my mom at work. I explained that I moved home and I had to bring my cat, too. She came home a few hours later, and I told her I was ready to do the right thing and separate from the chaos so I could have a stress-free pregnancy and plan ahead for my baby’s future.

She was so happy and thrilled to have me back home. As for the cat . . . Mom was OK with her staying, too, thankfully. My family was relieved and ecstatic that I was going to be home to raise my child. They all accepted me with open arms and supported me with anything I needed. I know a lot of you are probably thinking, Well, it’s your family; who else should accept you and take you in and love you in the way that they do? But let’s face it. Some people don’t have a strong, loving support system of family and friends to encourage and believe in them, to be by their side during the tough times.

As for my child’s father, he showed no concern that I left to raise my baby without him, so luckily, I found peace the second I went back home to live with my parents. I feel very blessed that I was strong enough to abandon the abuse and have my family’s love and support. Because of them, I have been able to raise my child in a positive, loving environment. I was able to work full time and go to school at night, earn my bachelor’s degree, and also save money so that I can provide a wonderful future for my daughter and myself. With their encouragement (and babysitting) and faith in me, I am able to be the mother and example I want my daughter exposed to. In those hard moments of being a Solo Mom juggling everything, I had my family as my backbone. Because of them, I have been able to thrive and excel in all areas of my life, and to stay strong mentally so I never let anyone abuse me again.

They say it takes a village to raise a child, and I couldn’t agree more. Although I have managed a lot on my own, the help of my family is what has allowed me to be successful. Their immense love and support has been a monumental contribution to why my daughter and I are where we are today, literally and figuratively. For that, I thank them and God every day.

Are you in an abusive relationship? Please look at our Domestic Violence articles and resources.