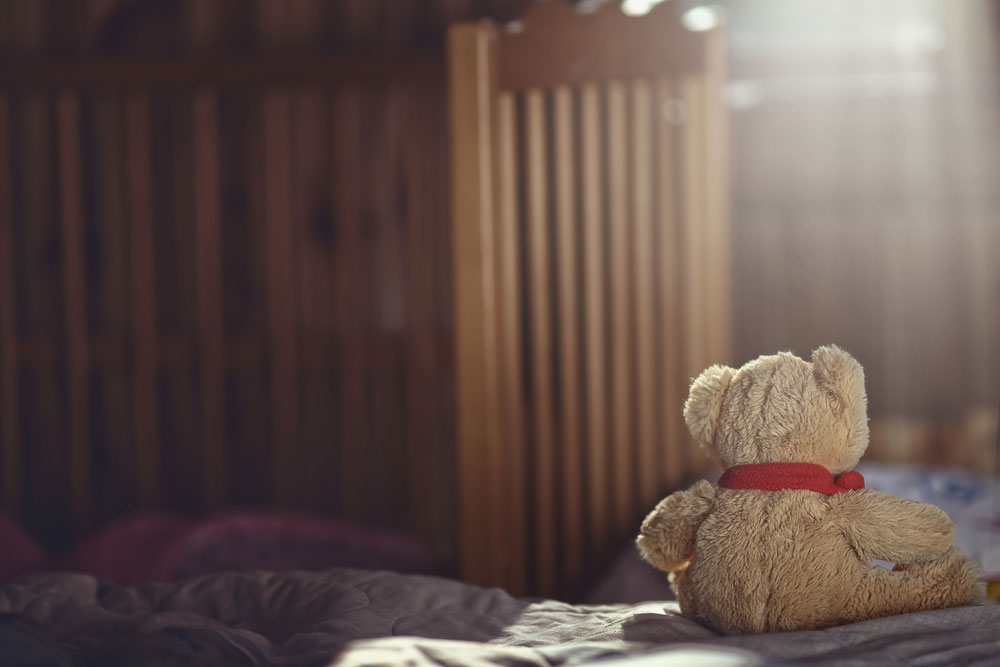 Even when alone, be sure to acknowledge necessary grief

I am bleeding. It’s not a lot, not even a fair amount, it’s just spotting. But I know.

I am reading every article and every forum I can find on the Internet about other women’s experiences with spotting during pregnancy. So many of them say it’s normal—even the experts. Nothing about being pregnant and alone feels normal to me.

The sinking feeling I have deep down, entangled with heartache and anguish, that is making it hard to focus and think is not normal. No, stop it—you are only eight weeks, and you are fine. Women spot all the time. Women have babies on their own all the time.

I go to the bathroom between every patient I room, wiping obsessively. I am in a frenzy and wanting so bad to see white on the toilet paper that my eyes convince me the red is nonexistent, and my heart is trying to convince my brain it will be fine. Why am I not nauseous yet? I was nauseous from the beginning with my other pregnancy, the pregnancy where I had a partner and support, but I tell myself it’s OK—some women don’t get sick right away.

I had always wanted to be that lucky, to be pregnant and not experience nausea, until I was.

I am on my lunch break and I go to buy a dollar pregnancy test because those are cheap and they don’t detect the HCG (human chorionic gonadotropin) hormone the way the expensive ones do—so when it’s still positive, I’ll know I am for sure still pregnant. I can’t wait until I get back to work, so I use the bathroom at the store.

I am disappointed at not feeling overcome with relief or as excited as I was when I first saw the two pink lines. Having a baby alone is hard, but despite the many obstacles to overcome, loving them is not one of them. I wanted this baby.

My body succeeded in creating the miracle we call life, but now my body is rejecting what it created? This was not fair, and I am getting angry. I dread going through all of this.

I am bleeding slightly more now. Maybe it’s not slightly, maybe it’s getting heavy, but I can’t admit that yet. I am usually a strong woman, an independent woman taking care of everything on my own and being proud of that, but right now I feel like a girl, and I feel so . . . sad, so unworthy and unfit.

My friends at work know something is wrong, so I tell them because I have no one else to tell. They keep telling me spotting is normal, and I keep telling them they are wasting their words trying to convince me of this and that it’s not a big deal, I’m only eight weeks.

I go to the hospital alone after work. I sit next to an older man on my left who has a cough tinged with blood and a woman on my right who thinks she broke her pinky finger. I watch another woman being pushed in a wheelchair, screaming out in pain and clutching her stomach. Should I even be here?

They call me back, and a hospital technician asks me what is going on. I tell him I’m pregnant, but I’m bleeding.

Eight weeks or eight months, I am still pregnant, asshole.

But I don’t say that. I instead ask if I should just go home and what he thinks I should do because I have no one else to ask. He says it’s up to me. I decide I can’t go the entire weekend not knowing and feeling like I will explode with the eagerness to know if I should be celebrating a new life or crushed I created one and couldn’t maintain it.

I am lying in the hospital bed, legs crossed, hands tucked tightly between my legs and I’m shivering. Why is it so cold in here? Maybe they want you to be cold so you have something to think about other than what is wrong, which right now, for me, everything is. I am lying in a hospital bed alone, nobody to hold my hand, tell me it will be OK, and trying to fight off the feeling that I possibly wanted this baby so bad even though it would make my life that much more difficult.

The tech wheels in an ultrasound machine and a doctor asks me about my symptoms. I repeat them for the third time, but it still stings a little more each time the words come out of my mouth and off my lips into the universe. It makes it more real. It makes it true.

The doctor has me guide the probe into my vagina because I am too early for a belly ultrasound. It’s freezing, and my legs placed in the stirrups are exposed and covered in goose bumps. The probe goes in. Ow. I remember now that I hate these things. I am staring at the ultrasound screen, and I see nothing. He says, “Well, there is a sack, but it is empty—so, yes, you are miscarrying.”

I am at Walgreens with a prescription for pain meds. I text my mom to update her. I don’t wait for a response before heading inside. I welcome the feeling of dizziness and spacing out the meds will provide. Anything to get away from this.

The pharmacist is confused. She asks me if I’m pregnant, and I tell her not anymore. Why would she ask me that? Can she not see the pain in my face? It is 10:00 p.m., and the hospital is across the street. Why can she not put two and two together? She says, “Well, if you are still pregnant, these will be counterproductive to your pregnancy.” I am stunned. I am not pregnant anymore. I saw on the ultrasound machine the hole inside of me where something once was but now is not. How dare she. I tell her again I am not pregnant anymore and am having a miscarriage. I am now starting to sweat as I feel the ears of the customers behind me home in on the personal questions she is asking me that she should not be.

I tell her to just give me the damn medicine, and she does.

I am at home. I don’t tell anybody because there is nobody there to tell. I tell my mom I don’t feel like talking about it. She doesn’t force me, as she knows I don’t like to talk about things like this, but she doesn’t know I secretly hope she would force me or that I had someone else to.

I am in the shower, even though I already took one this morning, because with the water running, it’s the only place I can go in our small apartment where I won’t hear myself cry. No—get over it. Women deal with this all the time—alone—and I can, too. Time to be a big girl. But it hurts so bad. I wanted this baby. So I cry again.

I am in bed, already feeling myself sinking, becoming obsessed with finding the perfect man and getting pregnant again the right way. It’s the only way I know how to cope. I put the white pill on my tongue and can feel the bitter taste of it just before I take a gulp of water. It’s bitter like I am now. Screw it, I’ll take another.

I wish I would have known then what I know now—that there was nothing I could have done. That early miscarriages are common and unpreventable. That nobody (at least nobody who mattered) was looking down on me for what I couldn’t get my body to do. And I wish I would have talked more about it to the family that I did have. I wish I wouldn’t have suffered in silence. It doesn’t matter if you are only a few weeks pregnant, miscarriage is miscarriage and grief is grief, and never again will I be afraid to show it.

Stephanie Portell is a single, working mom to two boys. She’s also a part-time writer, loves literature and bookstores, and tries to keep sane when her kids purposely try to make her insane.

You can see more of my truths about parenting on morethanmothers.com.