Dear Parents, Let’s Teach Our Kids Not to Be Bullying A-Holes 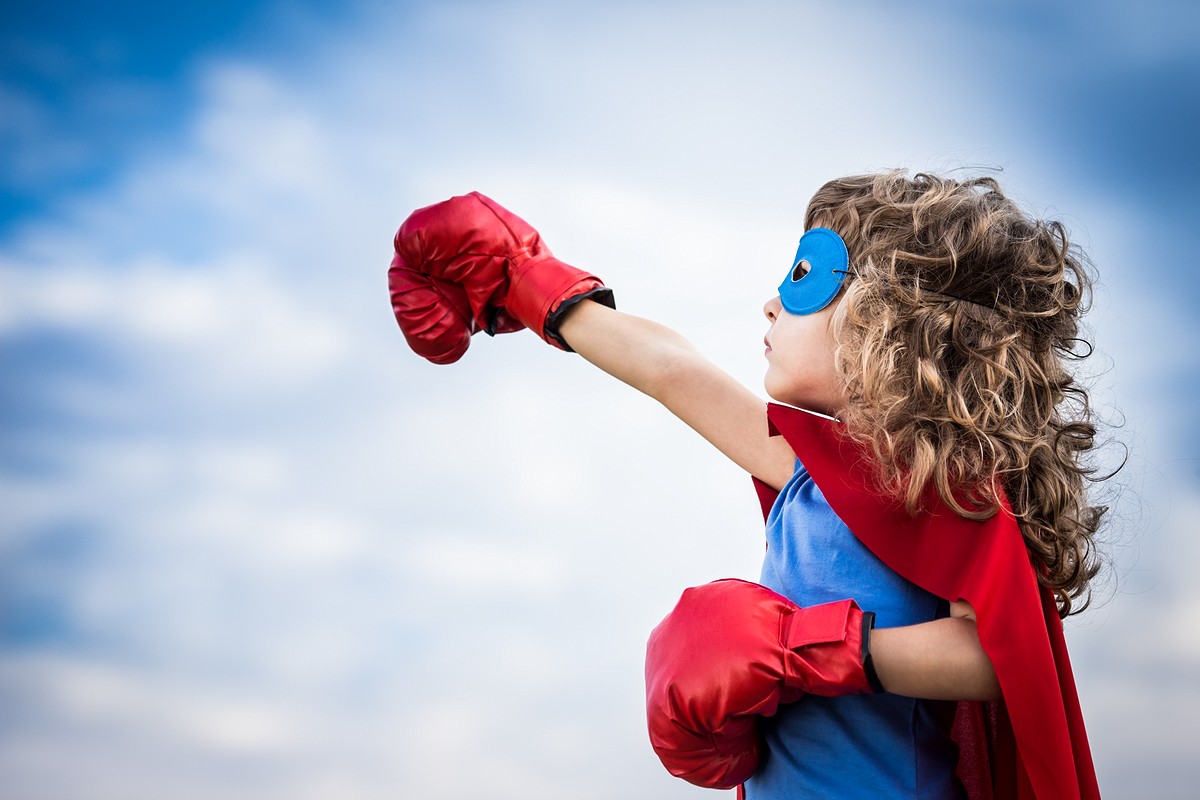 I recently witnessed my four-year-old girl being bullied for the first time, and let me tell you, I was completely caught off guard and speechless. It was brought to my attention at a kids’ party that two first-grade girls were bullying my kindergartner. A sad, crying little girl came running over to me to tell me that kids were making fun of her and my daughter. I took a deep breath and quickly walked over as I was mentally preparing to put out this fire.

I approached them calmly as I watched my daughter hanging her head in shame, crying, all while these girls hurled insults at her. I abruptly and sternly asked them what the problem was, and they explained that my daughter is weird and annoying and that they were just joking with her. The girls complained that when they “joke” with my daughter, she gets upset and offended and tells the teacher on them often.

I’ll be honest, I had a few choice responses that would scare these girls into tears, but I held back and responded in a proper, motherly manner. I told them that they were being extremely rude and that making fun of a child’s appearance or personality would not be tolerated. I asked how they would feel if kids were making fun of them, and they just stood there in silence with empty, expressionless faces. I let them know that I would be speaking with their teacher about their unacceptable behavior.

Now, I don’t know how great I handled that situation because I was extra upset because it was MY kid who was getting bullied. It was so hard because I had my own sadness and anger about the situation. All I can say is that I did try my best to squash this child drama ASAP. It ended right there, and I absolutely made the teacher aware of this incident.

Honestly, the teacher responded in a dismissive manner. I kind of chalked it up to the fact that she’s been around kids and the drama that comes with them for years and, in her mind, takes this as . . . well . . . this is what kids do, and it’s normal. But this should not be—not in this day and age, where bullying escalates into cyberbullying and, in worst cases, suicide. The bullying only gets worse as kids get older.

I feel like parents and teachers need to be more sensitive to the younger grades and bullying issues because maybe if we manage it better early on, it could decrease over time. To be frank, maybe if parents made it a priority to teach their kids not to be a-holes from an early age—and to instill some foundation of empathy—then maybe kids will be kinder to one another. It’s just a thought.

So, I wanted to share some research and stats, especially for the moms who have little ones in pre-K and kindergarten. This is when bullying can potentially begin. It’s important for us parents to know the facts on bullying so that we can better handle these situations and better explain what’s happening to our children. If children can understand the basis of why bullying occurs in the first place, better measures can be taken to deal with these occurrences and a better defense can be built against it.

Let’s start with the basics. There are three types of people in bullying situations: bullies, victims, and bystanders. This is pretty self-explanatory so far, right? The bullies being the pain inducers, the victims being the recipients of the abuse, and the bystanders are the kids witnessing the bullying who may or may not intervene.

There are two issues that need to be addressed here:

Let’s look at the behavior of bullies first.

After researching for a bit, I found the main theme with bullying is that kids do it to experiment with power and control. The clinical director of the Samaritan Counseling Center in South Bend, Indiana, Tony Garascia, says, “It’s normal for kids to experiment with power. But, some use it in a harmful way—to bully others. What that means is power over someone, like dominance. Or, power of exclusion, like not including someone. Power of name calling or telling someone that they can’t do something.”

Everyone likes to feel that they have control or power in at least some areas of their lives and that also rings true for children. But why do some kids lash out and misbehave and bully? Like criminals, their behavior can be linked to their upbringing, background, how they are being raised, etc. Are they being neglected at home? Do they see abuse or anger in their home? The apple doesn’t fall far from the tree, right?

Note to parents—please realize and care about the role you play in your child’s development. It all starts with us!

So, when we take these factors into consideration and realize that these kids are behaving this way to have some sort of power, we can understand their insecurities better. Maybe they are bullying because they are insecure, feel unheard, and don’t know how to behave better? I would think that question could be a good part of the talk we have with our children to help them understand the mindset of the bully.

The next step after understanding why they are behaving so badly would be figuring out how to dismantle and decrease the bullying. I was surprised to find more information on how bullying can be better resolved through bystanders and outside parties. Statistics show that:

These are just a few statistics regarding bystanders, but after reading this, maybe schools need to work on encouraging children to intervene in a safe manner as well as enforce stricter policies on bullying? More workshops and discussions should be held on antibullying for all grade levels and staff.

I’ve heard quite a few teachers after being told about bullying say, “Well, I wasn’t there, but I’ll be on the lookout.” My own kid has told a teacher about bullying, and the teacher told her she would take care of it on the playground and did not even show up. I know teachers are overwhelmed and have a ton on their plates, but I just wonder what other measures can be taken so that bullying gets taken down, at least a notch or two. I hate that bullying happens to kids who are so young . . . and continues for as long as it does.

Bullying is not just a casualty of growing up, and I’m tired of it being treated that way. The suicide rate because of bullying is horrifying alone. “According to the American Association of Suicidology, rates for suicide among 10- to 14-year-olds has grown 50 percent over the last three decades. Parents and educators should know the signs of youth and teens at risk for suicide. This can help save lives. Looking at bullying and statistics often helps adults learn to see the problem before it becomes serious.”

Parents and teachers need to be more involved in cutting down this epidemic, especially when bullying is going on at such a young age—it’s not like they can’t get a word in and intervene at this point in time for preschoolers and kindergartners. Bullying escalates and worsens as kids get older (hello, cyberbullying), and adults lose even more control of what goes on in their kids’ lives as they mature.

Overall, bullying in the younger grades should not be overlooked or minimized, and my hope is that if kids and adults have a better knowledge of the facts behind this nonsense from the get-go, maybe we can dismantle this unnecessary drama together. No child deserves to feel that he or she is unworthy or not good enough.