Cheated on and Heartbroken, Dating Opens a Path to Self-Discovery 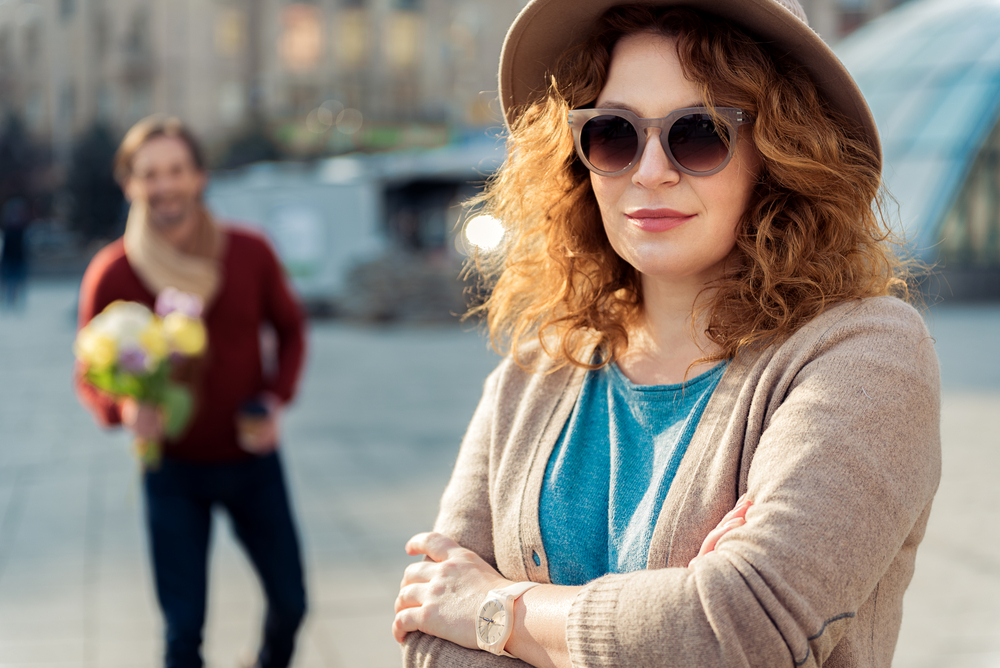 It only takes a minute.

In one minute you can die, fall in love, give birth, break a heart . . . the direction of a life forever changed.

My minute occurred as I sat in my hair salon under a crown of foils, nudging my gray roots back to blonde. With one phone call from a fellow mother at my son’s school:

It only took three seconds for her to say, “Oh, honey, I’m so sorry.”

It could’ve been a plot scribed by a high-paid writer for a glossy TV dramedy, starring a gorgeous, skinny actress in her 30s, whose makeup didn’t run as she wept in a hair salon with a satellite dish on her head.

But this was real. It was me. I wasn’t a skinny actress in her 30s. I was an average mom in my 40s. I was a Girl Scout Leader and book club hostess. I canned my own jam, grew my own zucchini, and gifted jars of homemade pesto with gingham bows tied to the lids.

I wasn’t particularly happy. The happy would come later when the kids were grown. My husband and I would travel the world; grow old together; hold hands on the porch of my fantasy beach house, rocking on white Pottery Barn rocking chairs as we watch the perfect sunset: Meryl Streep and Clint Eastwood . . . Jonathan and Jennifer Hart . . . Jim and Pam.

Bam! All at once I was a single again.

After a year of crying about it, my friends said, “Enough! Time to move on.” But a 45-year-old single mother is not the best catch in Los Angeles’s sea of nubile young models and budding actresses. I hadn’t been on a date in 15 years. I’d seen three penises my entire life.

Nevertheless, the decision was made by those who love me, and with the help of four margaritas, three bags of sexy clothes, two gal pals, and an iPhone, miracles happened.

I was glossed, teased, sprayed, and dressed in a variety of not-so-momlike outfits. They took seductive pics, intellectual pics, and the requisite “sporty” pic. They fiddled with my Facebook page, tinkered with my phone, and, voilá, I was on Tinder—the greatest invention of the 21st century wherein with just a cell phone and the swipe of a finger, a 45-year-old single mom can get a date. Better yet, a 45-year-old single mom can get laid . . . if that’s what she’s looking for.

I wanted a man to sit across from me, in a public space. Then I wanted said man to have a conversation with me during which he would listen to me when I spoke and speak to me in turn, and we would laugh.

In short, said man would pay attention to me . . . and I’d feel pretty.

Following, we’d fall madly in love. He’d reveal he worked for Doctors Without Borders and was a secret billionaire. Then we’d embark on a life of adventure and purpose, living happily ever after. Oh, and he’d look just like Channing Tatum.

In the beginning I made baby swipes and naively engaged with any man who gifted me a popping, bouncing “It’s a Match,” wherein I’d see my future, my new life, and the answer to all my problems.

I booked my first date: a construction worker from Liverpool. He had muscled arms with a tattoo, and on the phone he sounded like Paul McCartney. He was bald. I’d never dated a bald man. It scared me. But I’d never dated pretty much anyone. Everything scared me.

It took me two hours to decide what to wear, and two glasses of wine to get out the front door. He didn’t show. He did send me a picture of his penis. It scared me. But I saved it nonetheless. The sharing of the “dick pics” would become a martini-Friday ritual. Martini-Friday would become my favorite day of the week.

Date number two was an army vet. When he arrived at the upscale restaurant wearing flip-flops and a T-shirt, my heart sank. But by the end of the night, when he ran circles around my wrist with the tip of his finger, as if by magic I became my 15-year-old self, waiting for my first kiss. And I got it.

I was a midlife Alice in Tinderland on the yellow brick road of men. Little did I know I was strapped into a roller coaster that would take me soaring to manic heights, only to drop me into sinkholes of despair.

I did not plan on flopping into the dating pool at this stage in life. I did not fathom standing outside a bar at 2:00 a.m. on a Wednesday, wearing Spanx and back-breaking heels, bumming cigarettes off a girl young enough to be my daughter.

But I’d also never imagined the wild adventure my life would become: the tales I’d tell, lessons learned and passed to my daughter, my friends, and other school moms who’d one day be sitting at my kitchen table, drinking that dreaded glass of chardonnay when their own marriages went south.

I unknowingly dated a homeless guy, two gigolos, and three married men. But was also swept off my feet by a dreamy venture capitalist, romanced by a glorious Swede, and courted by a Chilean geologist who carved me a cutting board from the heart of an olive tree he’d chopped down with his own hands. I fell in love 10 times the first year, five times the second, and three times the third.

But Tinder is like cookie dough: You take a couple bites, no harm. It’s good. You take a few more. It’s really good. The next thing you know, you’ve eaten the entire bowl, and you want to vomit.

I needed to go on a diet.

So I deleted Tinder, took my kids to the beach, and signed up for salsa dancing classes. I switched from martinis to Pellegrino and traded my dating apps for dancing shoes.

I wasn’t afraid to try anything anymore, so why not try it all?

In my three years on Tinder, I learned about life, courtship, and men but mostly about myself. In the end, I was no closer to a husband, boyfriend, or even a monthly romp than when I’d started.

Divorce is not death. It is a crack at the entrance to a cave that leads down a tunnel culminating at a doorway that opens into a portal that spits you into a new world—a circuitous beginning of something that could possibly be wonderful.

It only takes one minute for life to boomerang.

But after that, I decide the direction.

And that only takes a second.