ICYMI: This Tax Reform Bill Is Bad for Solo Moms 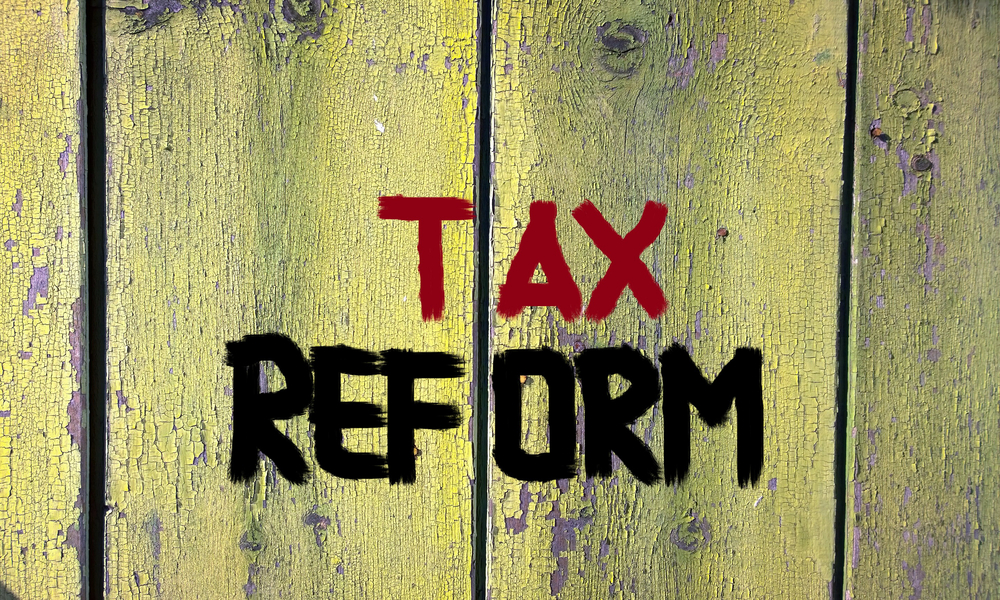 In the weeks leading up to President Trump’s inauguration, ESME took a look at the impact of his proposed tax plan on Solo Moms. Spoiler alert: it didn’t look good.

Nearly a year later, the Republican-controlled House and Senate each has passed its own versions of a 2017 Tax Reform Bill. How does it look? Still not good.

While House and Senate Republicans work to rectify the differences between their two bills, the exact details remain uncertain. However, unless something unexpected happens (please, please, please), President Trump is likely to sign into law a bill that will raise taxes for too many Solo Moms.

Both the House and Senate plans roughly double the standard deduction for single people filing as head of household, which is currently $9,350.

But don’t get too excited about that yet because these plans also propose to eliminate the $4,050 personal exemptions Solo Moms can take for themselves and for each of their children.

Quick math: what a Solo Mom gains in her standard deduction, she quickly loses with the disappearance of the personal exemption.

As CNBC reports, “Under current law, a single parent with two children can claim a standard deduction of $9,350, plus personal exemptions of $4,050 for herself and each child. This reduces her taxable income by $21,500.” Under the proposed plans, however, that deduction shrinks to around $18,000.

Both GOP plans propose to raise the child tax credit, currently $1,000 per child, for children under 17 years of age. Sounds good, right? Well, that depends on how much money you make.

According to the Center on Budget and Policy Priorities, this change would result in a financial loss for the households of at least 16 million children: “For example, a single parent with two children would receive no benefit from the plan’s child tax credit proposal unless her income exceeded $18,000; if she worked full-time, year-round at the minimum wage, she would be left out.”

On a higher end of the income spectrum, in the House plan, the child tax credit phases out beginning at $115,000. Though $115K may go far in some areas of the country, a Solo Mom raising kids in areas with a high cost of living, even if she hauls in $115K, will need all the tax breaks she can get.

“Put another way, usually heads of household have more income taxed at lower rates than singles,” said Elaine Maag, senior research associate at the Urban-Brookings Tax Policy Center, speaking to CNBC. “That isn’t true for many people under the Senate proposal.”

The GOP’s Tax Reform Bill has not yet become law. The House and Senate are still pounding out the details. A few key Republicans could interrupt its fast track to President Trump’s desk. If you’re concerned about the impact of this bill, you still have time to contact your representatives.

If the bill does become law, do not despair (at least not too much).

As New York Magazine’s Jonathan Chait says, “Of all the horrors Donald Trump has (and has yet to) inflict upon the republic, a huge tax cut for the rich was the most inevitable. But it is also the most easily reversible. Lifetime court appointments, carbon pollution, the degrading of democratic norms—all of these will prove difficult or impossible to undo, and leave costs deep into the future.”

The GOP tax plan, however it shakes down, will not last for long. In fact, some politicos are suggesting that voter outrage over the passage of this tax bill could give leverage to Democrats in the 2020 election cycle.

Speak up and speak often. Let your lawmakers know who you are and what you want.

Here’s a sample letter you can use:

We women who raise our children alone—whether because we are widowed, divorced, or single moms—work hard every day to support our families financially and emotionally, yet we remain one of this country’s most economically vulnerable populations. Please do not pass a tax plan that further burdens our families.

If you want to hand down the gift of empowered democracy to the next generation, consider making letter writing a family activity. Invite your children to pen (or, if they are too young, decorate) letters along with you. In this way, we can teach our children that although they cannot vote yet, their families and their voices matter.