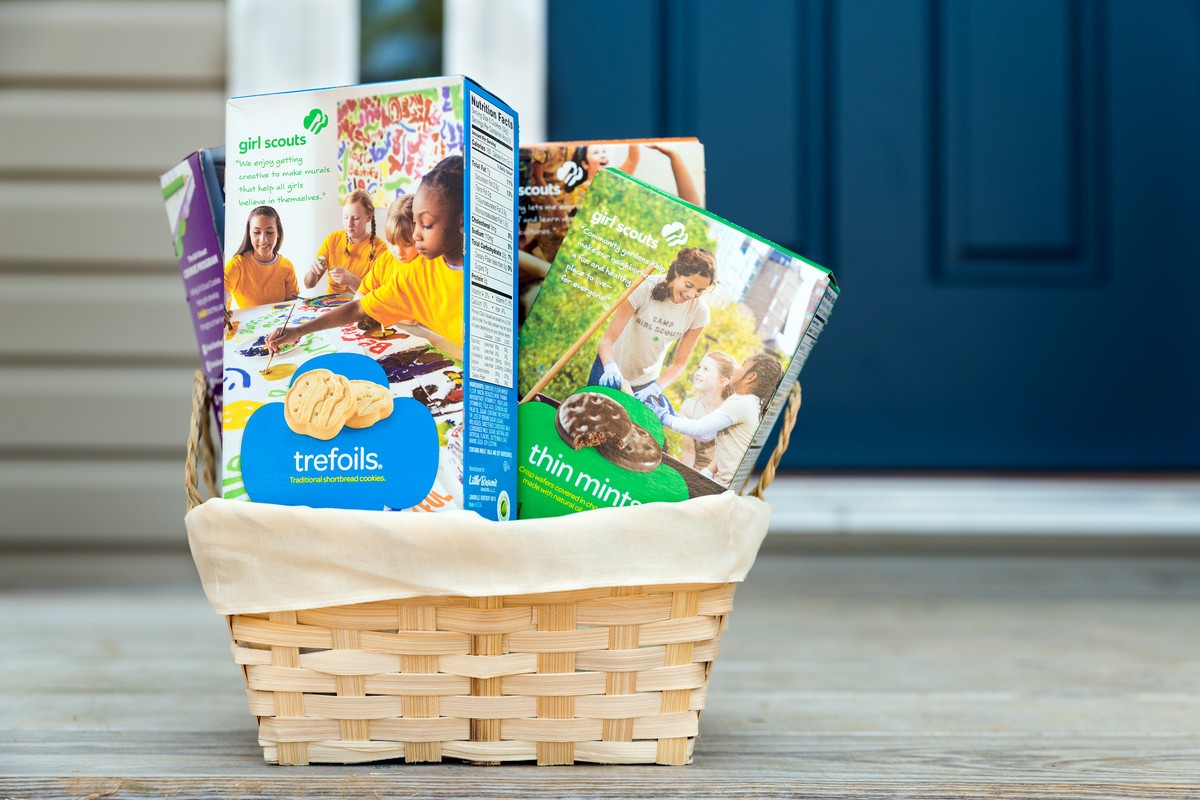 It was one of those cold, windy, rainy days that makes you just want to light a fire, drink hot chocolate, and sit in your house all day. It was also a Sunday. But there would be no lazing around on this particular day. My 12-year-old daughter and I had committed to selling Girl Scout cookies outside a Walgreens for two hours.

After leaving the house to take her to Sunday school early that morning, I decided there was no way in hell we could last 120 minutes in the weather we were experiencing. It was difficult just running from the car into our synagogue, so who on earth would be going to Walgreens—or anywhere, for that matter? (It really was that bad outside.) And if anyone did have to pick up a prescription, would this person stop at our table to buy Girl Scout cookies in a downpour? No way.

I sent an e-mail to my daughter’s Girl Scout troop leader, asking to reschedule. Her response: “Can’t.” I was annoyed, but not as annoyed as my daughter.

“Seriously?” she responded in that sassy, sarcastic teen voice you hear on all those Nickelodeon shows. You know what I’m talking about. Think iCarly, Victorious, Sam & Cat . . . “I’m not going,” she said.

Here is where the “set a good example for your kid” mentality comes in.

Here is what I was saying in my head: Shit. Just what I feel like doing on my one day off—freezing my butt off to sell cookies to people, most of whom already ordered them and got them a month ago. A nice, warm bath; a movie marathon; a few hours of hearing nothing but rain and wind outside while I sit in front of the fireplace with a cup of tea, writing. Heavenly. Oh, well.

When it was time to go, we put on our heaviest winter jackets, hats, and gloves and headed into battle.

The shift that was there looked happy and bubbly, and they told us with enthusiasm that they had already sold 43 boxes. The pressure was on, even though I had just stepped into a big puddle and now had a wet sock and gym shoe. Fun, fun. I know I sound whiny, but there is nothing that makes me more miserable than being cold—not to mention my daughter was just getting over a cold and cough, so to see her shivering wasn’t making me happy.

After the shift left, it was just me and my daughter. People started to walk up to the store.

The first guy kept his head down and didn’t even answer.

After he was in the store, my 12-year-old comedian looks at me and says, “Yes or no? It’s a simple question!” and the two of us burst out laughing.

A few more people headed into Walgreens and were forced to pass our table.

An older guy responds, “I would never buy anything from an organization that supports Planned Parenthood!” Then he stormed into the store.

“Mommy, what does that mean?”

Try explaining that fiasco to your 12-year-old preteen. “Let’s talk about it later,” I said.

“You ask this time,” I say to my daughter.

“Hi, want to buy some Girl Scout cookies?” she asked them.

Now I can feel my daughter getting into it, which is cute. We are totally frozen at this point, but now we’re having a little fun. It feels like a challenge. Up walks a couple.

Over the next two hours, we sold lots of cookies and talked to some really nice people. We were also declined and/or ignored by some, which showed me a glimpse of my daughter’s ability to keep trying and not get discouraged. It impressed me.

Why did I decide to write about our “Girl Scout cookies in the rain” experience? Because I find 12 to be a very challenging age for a parent, especially when parenting a 12-year-old girl.

My daughter, who I happen to think is extremely smart, kindhearted, really funny, beautiful, and talented in so many ways, is moody, sometimes mean, and occasionally crazy angry—especially when fighting with her 14-year-old brother. And she goes back and forth deciding whether she loves me or hates me.

I see this sweet girl endure the drama of being a sixth grader. Girls can be so mean, and friendships can be fleeting and end in deeply hurtful ways. I see her insecurities, typical of someone her age. I see how hard she works to be a good student. And I see the sadness present in her core from having divorced parents.

I have resorted to watching The Bachelor every Monday night just to be able to sit with her and have something to talk about. Sadly, I find myself constantly telling her how wrong the whole concept of the show is, but that’s beside the point because that show is a vehicle to bonding. Now we’re moving on to Dancing with the Stars.

So guess what? Selling cookies in the freezing, cold rain turned out to be another way for us to connect. Looking back, the experience was a gift. For two hours, we laughed and joked and smiled with each other. We talked and sold and froze. We really bonded. And after we left, she said, “Mom, that was really fun.” Five words that meant the world to me.