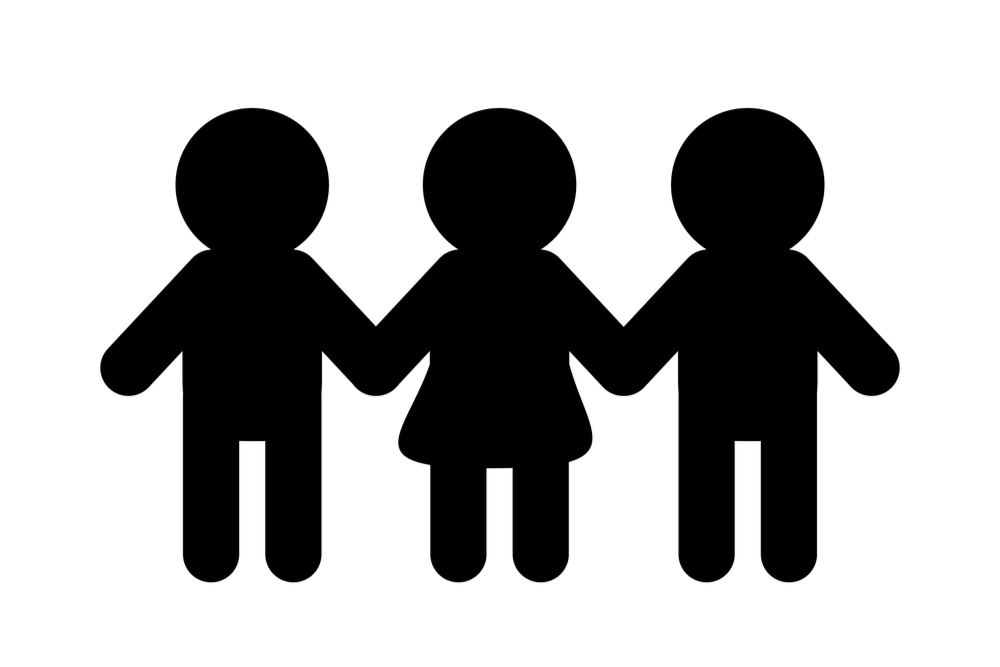 My parents divorced when I was four, and my mother remarried when I was six, giving me a second father. Because mothers were viewed as caretakers and men as providers, it was my mother, not my father, who was awarded custody over me. That was the norm in 1980, just as it is today.

Many times a week, I carved a transverse path with my younger brother across my New England city between my parents’ two homes as well as the homes of doting grandparents who lived nearby. In each home, the differing roles of men and women, and the expectations put upon each family member depending on his or her gender, were firmly and continually ingrained in me.

I was a pretty, feminine little girl, and my grandparents doted on me by buying me dolls, dresses, perfume, and delicate little crystal figurines in the shapes of songbirds, horses, and woodland creatures. Every Sunday, I helped one of my grandmothers cook the evening meal for our family while my grandfather watched television with my younger brother in the living room. I had a little cooking stove and a petite, child-sized dustpan and broom, and as I played house with my grandmother and rocked my dolls, my brother built small cities and maneuvered armies with toys given to him by our grandfather.

“Sit with your legs crossed. Act like a lady.” Those messages, which were told to me by my family, were mixed with the ones I watched in Free to Be… You and Me, a series of songs and sketches written by Marlo Thomas and produced by the Ms. Foundation for Women that espoused gender neutrality. Boys and girls alike, the project proclaimed, could be anything. Boys could play with dolls, while girls could fly airplanes.

Boys and girls worked together to raise children—that was how it was in both my family and also in each family portrayed in Free to Be… You and Me. It didn’t matter if I was surrounded by misogyny or feminism: monogamy was the model for normal, happy relationships.

I had my daughter out of wedlock when I was 25, and after the cataclysmic but thankfully swift demise of the relationship I had with her father, I moved halfway across the country to New York City, where I soon fell headlong into a relationship with someone new. He was a provider, of sorts, and my family welcomed him into the fold. I was a student living on student loans, and because he worked in design and had a decent income, he often paid more than his share for our apartment. Despite being just as busy as my boyfriend, I handled most of the cooking and definitely all the cleaning. I was in love, which I had been trained was best expressed by taking on traditional patriarchal gender roles. Until my boyfriend broke up with me, I often felt like I was playing house, just as I had done when I was a little girl.

I spent a handful of years after the breakup jumping from one relationship to another, and slowly, I started to shake off the vestiges of “normalcy” that society had put upon me. Whereas I had once thought I needed a father for my daughter, my daughter thrived without one. And despite my being taught that monogamy and marriage were goals I should strive for, the longer I went without either, the more I realized that traditional gender roles simply didn’t work for me.

At 34, I moved in with one of my best childhood friends. I usually dated men, while she always dated women. She had, for years, been exploring polyamory, and I was floored: Could I also find love with more than one person?

I liked the idea of loving whomever I chose to love, without needing to be forced into the confines of a traditional relationship. I found, however, that there are rules even in polyamory. I watched friends who practiced the lifestyle become upset when they wanted to change the rules of their relationship. One friend, for example, wanted to consider trying monogamy on for size, and her girlfriend wanted to do the same, but they decided against it simply because it seemed to go against their “free,” chosen, polyamorous lifestyle. I was confused: They each wanted the same thing, but they weren’t going for it because it went against their idea of “freedom”? That didn’t sound very free to me.

Of course, I’m grossly oversimplifying things. No lifestyle is one-size-fits-all. I just knew that polyamory probably wouldn’t work for me because, like monogamy, it might make me feel boxed into that lifestyle; I’d rather not name my preferred lifestyle and simply have the freedom to change the rules should I want to.

In 2006, I read the following line: “Love is abundant, and every relationship is unique.” The line, written by queer icon Andie Nordgren, resonated with me deeply. Nordgren, who worked in computers, systems tech, and virtual-reality gaming, wasn’t a scientist or a psychologist, but through an online persona she created called Dr. Andie, she had become a sort of online relationship expert, coining the term “relationship anarchy.” Unlike monogamy, or even polyamory, to be a relationship anarchist, there are never any established rules, and all relationships—platonic and romantic alike—carry equal importance.

That made sense to me. After all, I had always told my daughter that although she might value the relationship she has with one beloved friend more than many others, it doesn’t mean there isn’t room to have many great friends. One doesn’t need to devote herself, I’ve told her time and time again, to any one person in order to prove how loving she could be.

I’ve also emphasized to my daughter that at no time does she need to act a certain way based on what society expects of her. She doesn’t need to be the caregiver if she doesn’t want to assume that particular role, and she doesn’t ever need to clean or cook for anyone besides herself. Not ever.

It all sounds simple, but it’s actually a very radical idea to have the freedom to form consensual, trusting, fluid relationships—relationships in which a person isn’t expected to be any one thing or feel guilted into assuming a particular “role” or even to “prove” love.

My daughter, now a teenager, has grown up within a household in which the adults who surround her constantly push against our own confines. Independent, confident, loving, she thankfully doesn’t feel the need to conform to societal expectations as I did most of my life. Modeling this sort of freedom is—of all the things I’ve done for my daughter—the most important.