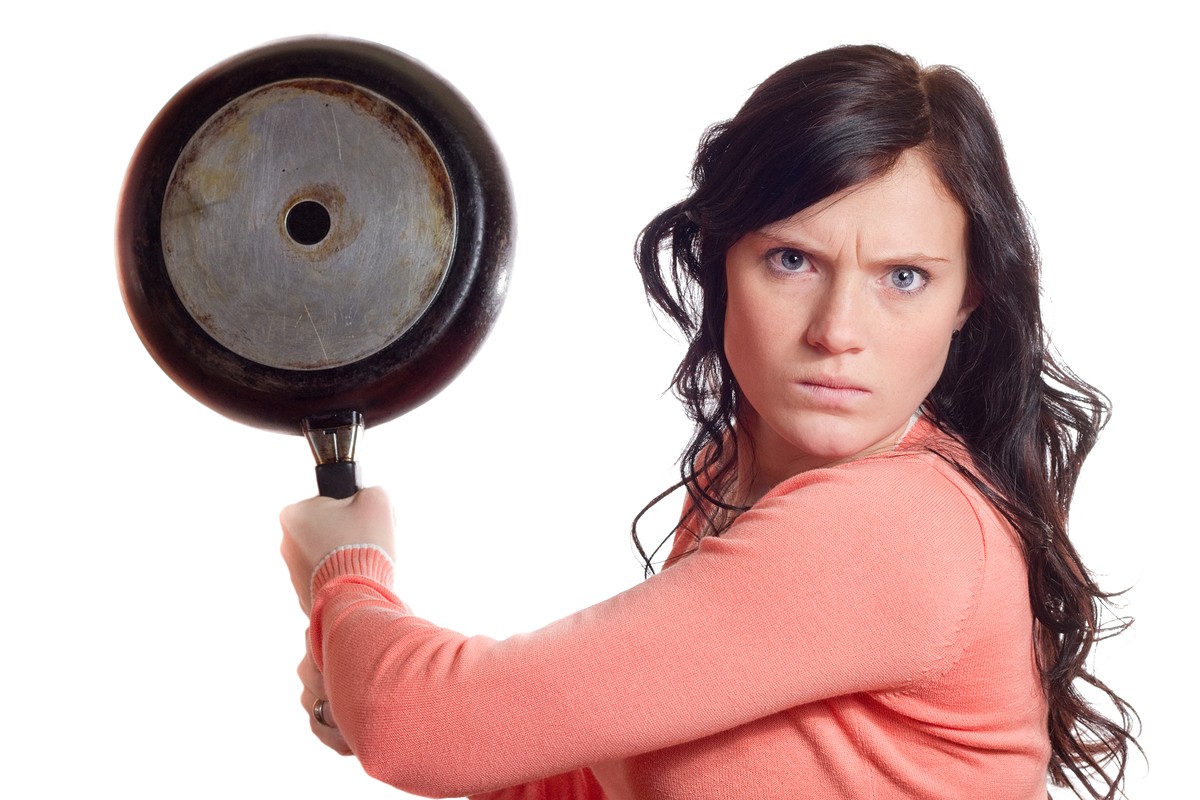 I saw you across the role-playing game store full of tables packed with little figures and dice, books, and cards. Your shimmering raven hair touched your shoulder blades. You turned toward me, and some universal force felt like it pulled the rug out from under my equilibrium. Our eyes locked. I quit breathing. Your eyes were like coal, seemingly predatory, with your fine alabaster complexion. I felt rooted to the floor. I finally drew breath enough to move again and walked directly up to you like some crazed idiot and introduced myself.

Our friendship began instantly. We liked a lot of the same things: movies, music, and a love of all things geeky. I began wondering if that universal force was trying to tell me something. Perhaps this was the one I was waiting for. As months fell off the calendar, we grew closer. I saw you as much as possible. You liked to drink alcohol. It was OK with me, and I often bought a lot of it so you would have a reason to stay extra late at my house. We entertained long conversations on religious topics, Star Wars, and mythology, and sometimes on how all three fit together. You were even kind enough to drop by my work at a gas station and help stock the cooler full of heavy beer cases. I had a bad back, and leaving the cash register and gas pumps for any amount of time led to drive-offs and caused me to have to pay for the shortages out of my checks.

I often bought us supper from the Chinese restaurant across the street, and you would go pick it up. I had no realization at the time that I kept buying everything for you. I was just so excited to see you I did not even care. You did not have a job at the time, and once I realized you lived on instant mashed potatoes, I started paying you to help me stock the cooler. Sometimes when you had money, you would bring me a rose. I was so overjoyed that you thought of me that I treasured them. It just made you more beautiful to me.

Thanksgiving, that same year, I ended up moving in with you as your roommate. You had a trailer next to your parents’ modular. We played games and got drunk way too much for two people. It was like living a dream. We started college that spring semester together. Karate class with you was amazing fun—you were too aggressive; I was too gentle. I was terrified of hurting anyone. I once kicked the sensei in the rear by accident and then grabbed his butt with both hands gushing “I’m so sorry, I’m so sorry! Are you hurt?” which drew tons of laughs from the class until I realized I was holding his butt cheeks and let go with a tomato-red face. You quit college. You had been lying about going to class, and I caught you in the library chatting online with girls from other countries. Nice.

Fast-forward two years. You had asked me to marry you twice. I said no both times. I ended up pregnant by surprise with our son. I was pressured to marry you by my entire family. I gave in. I cried on our wedding day, not because I was happy, but for the opposite reason. I knew in my gut I was making a huge mistake, I just didn’t know why yet.

My gut instinct proved correct. We lived together with me taking care of you financially and emotionally, more or less being your mother. Your skills as an adult were lacking. Your skills as a father were worse. I’ll never forget going out one time only to find out you had left our son in his high chair unchanged and unattended to for four hours straight. To say I was pissed was an understatement. Your hobbies took over your life. You would lock yourself in the back room for days, only coming out to get the food I would cook you and go back in to your hobbies. Whether it was video games or making costumes for live-action role-playing games and porn, your son and I always rated down the list of importance.

Unfortunately, I was too docile to ever say a word about anything. Submissive did not cover it. I started asking who the hell I actually married because before we married, you were beautiful in looks and personality. Did a contract of law give you leave to be an asshole?

As you had violent outbursts from the drugs, I hid our son away in our room, and let you hit me, curse me, and tear me into pieces verbally. I figured you obviously weren’t happy with me or else you wouldn’t do it. This continued for years in spurts. I had been raised to try to make a marriage work regardless because that’s what a Proverbs 31 wife would do, a dutiful wife.

I tolerated you for 15 years until one day you got mad at our son and you physically abused him. That was it. I kicked you out in the winter snow. You walked to the psych ward yourself and checked yourself in. They diagnosed you with paranoid schizophrenia and antisocial personality disorder. You then went to rehab, and your counselor called me and told me you were the biggest pathological liar he’d ever met.

Looking back as I await our divorce, you really were one of those “distant-handsomes.” Much like watching a Komodo dragon, it is a beautiful creature of wonderment, but if you let it in your personal space it can poison you and it will kill you. The only difference between you and a Komodo dragon is that at least the creature will be kind enough to kill you faster. Perhaps that Universal Force that attracted me to you was your predatory nature that my nurturing heart wanted to heal.