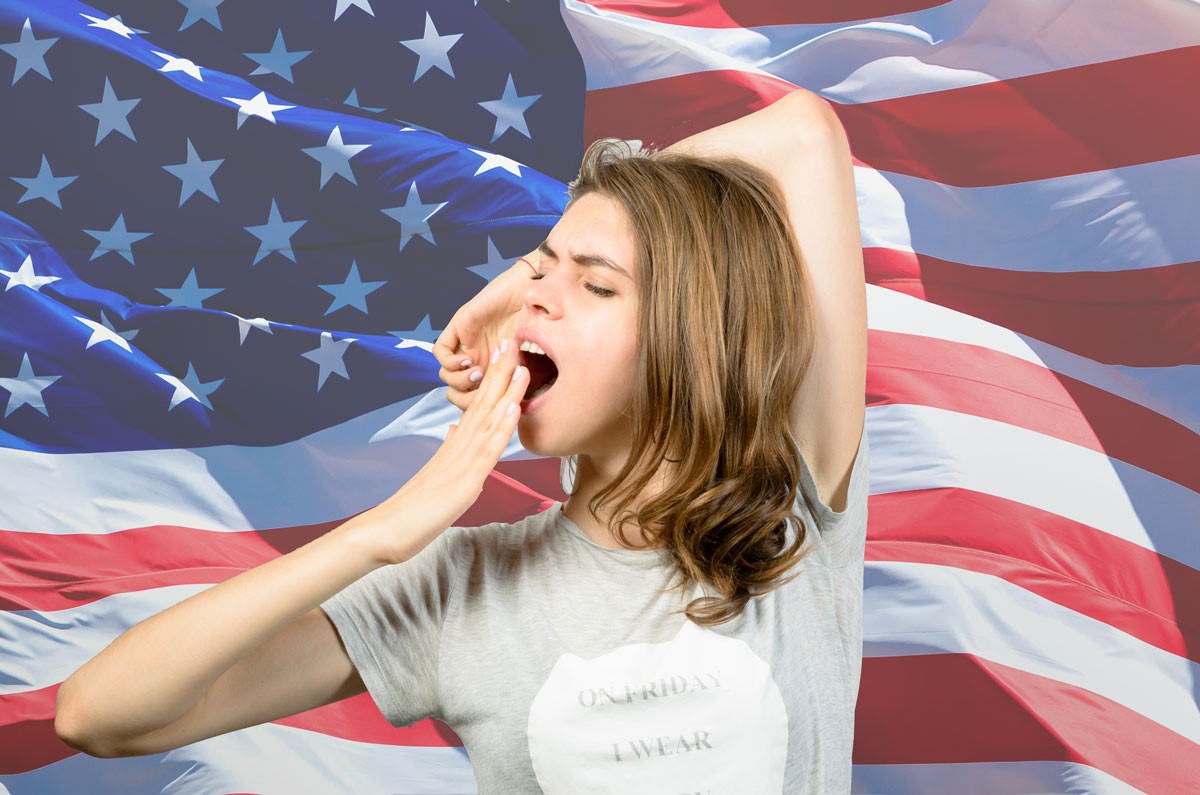 Election apathy and the American playground

Election mayhem has arrived and refuses to be ignored. If you haven’t seen or snarked at Donald Trump in the past two months, then you’ve been locked in a dungeon. The carnival of candidates is in full swing, and the clowns are especially entertaining and even revolting this time around. Someone is always trying to win our vote.

I have two things to admit. (I’ll save the most abhorrent for last because I’m not proud of this deep, dark secret.) I’ll start with the first: I’m apathetic about elections, even with a flurry of amazingly qualified women in the running this go-round. Candidates and their pundits (what a terrible sounding word) are full of superlatives and confusing rhetoric loaded with overused adjectives. Politicians should be forced to wear buttons printed with the picture of the Kool-Aid Man. People are so fascinated with politics that House of Cards is the series to binge watch, as if the actual political hurricane isn’t satisfying enough. Even with Kevin Spacey, just no. Trust me, I tried.

Does it even matter who wins?

Politics, and elections in particular, bore me. Sure it’s entertaining to watch the shenanigans and back-stabbing and posturing. Over the past couple of months I’ve gone back and forth between a sick and queasy fascination to straight-up disgust with Trump. He’s disgusting; I think that’s a fairly universal observation. Some folks happen to find that quality in a candidate a refreshing and honest twist. At least he’s honest when conveying his views, however appalling they may be, but is that how far we’ve devolved—into a nation where the odiousness of some wannabe politicians and national leaders is regarded as something to be admired? Trump is all about sensationalism in a culture that has been so desensitized that the only way to truly grab the attention of the masses is through spectacular shock value. His actual platform and plan to govern lacks substance—but he promises things will be awesome and great because he is, after all, The Donald. Somehow that’s enough for a swarm of voters.

Whose idea was it to start campaigns years before the actual election?

It’s no wonder voters are apathetic by the time elections eventually roll around. We’re sick of it: sick of having our YouTube videos interrupted by emphatic promises in campaign ads and sick of each candidate’s sureness that if elected, he or she will save the world, America will finally be redeemed, and our lives will be dramatically improved! In the end, tangible change is rare. Honestly, it’s next to impossible to even determine what each candidate’s platform is and how it’s fundamentally different from another candidate’s. Figuring out exactly where candidates stand on issues is mind-bending enough.

In this election in particular, women’s issues are a hot topic. Not long ago I heard a female candidate use the term suffrage. Whoa—1920 called and wants its language back.

As a mother of three children, I’ve been told to pay attention, that the future of my children depends on it. Who are we kidding? Doesn’t each current generation look at the one before it as the gold standard of living and believe the one after us is destined for doom? The truth is, for the past 17 years I’ve been raising children inside a military community during wartime. Although I consider myself a die-hard Clintonite, I’ve been mostly apolitical. No, not Independent. My political party is Apathetic. Career soldiers and their families pretty much keep their mouths shut about politics. One of those talking heads is going to end up being the Commander in Chief. You’d be hard-pressed to find campaign signs shoved into the front yards of soldiers’ homes.

I can’t be the only one

I can’t be the only person who gets confused by the bantering and tricky slogans. I remember when I heard that Mitt Romney, former presidential candidate and former governor of Massachusetts, took a cross-country trip with his dog in a carrier on top of his car. I decided then and there that I didn’t like him. It was that simple. Plus, he looked like a phony.

Politicians are people pleasers by nature. They need our votes. That’s why this whole Trump thing has me stymied. He’s not a people pleaser. He’s a people “pisser offer.” Does he even have a religion? I find his lack of Bible thumping both refreshing and a little shocking. Nearly all the male conservative candidates begin debate introductions with one of two things: a declaration of their deep and reverent devotion to their Christianity (What happened to separation of church and state? Hello, Kim Davis? Are you home?) followed by a promise to reverse Roe v. Wade and outlaw abortion. Nothing makes my blood boil quite like a wombless idiot protesting a law established four decades ago. I can respect pro-lifers and pro-choicers, but beginning a campaign speech with a declaration either way seems misguided. We have bigger fish to fry, fellas.

Here’s the second thing I have to admit, the political skeleton rotting in my closet: I have never voted. That’s right, never. I’m not even sure how to register, but in my imagination it’s right up there with going to the DMV. I won’t have the proper documentation to register, and they’ll ask me to come back on the following Tuesday and take another number. Dave Matthews and HeadCount make it look so simple.

Maybe it’s my civic duty to vote, and maybe it’s my responsibility to exercise my freedom. I’d like to blame it on post-traumatic stress disorder from ballot issues and hanging chads in Florida. Most likely I haven’t felt passionate enough or thought my vote mattered. I have three Hillary Clinton T-shirts in my wardrobe, two from eight years ago and one that I just bought from Etsy—proof that I’m putting my eggs in that basket again. Fingers crossed and hopeful! If Hill and Trump share a debate stage, you can bet I’ll have a full bowl of popcorn and an empty bladder. House of Cards, step aside.

Do you have a confession you want to get off your chest? Submit it here.