Are You Living Your Best Life? 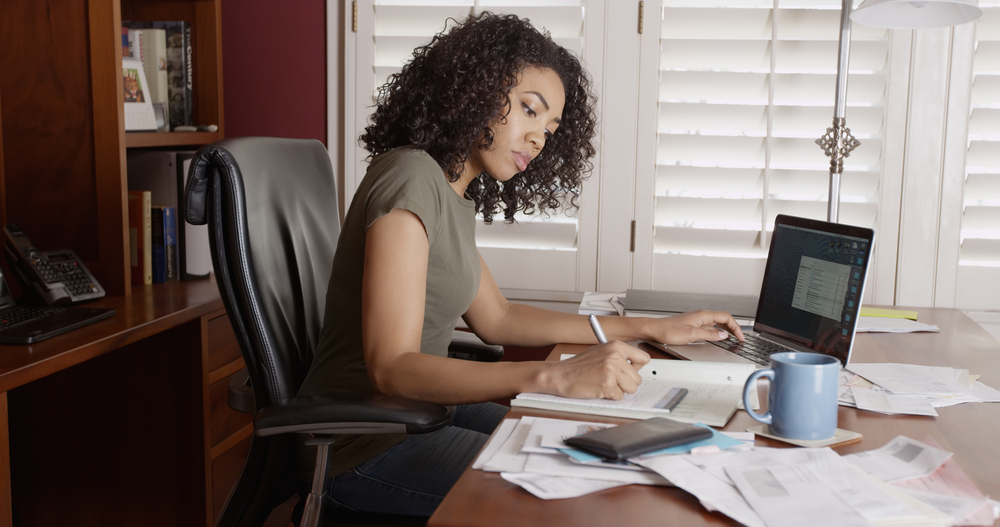 Don’t bury your emotions in busyness

My divorce was one of the hardest things to happen in my life. Dreams morphed into harsh realities, promises dwindled into shattered little pieces, and my future felt uncertain. I was a new mother and mortified. I suddenly had no husband while most of the other moms I knew not only had husbands but also seemingly good ones. I blamed myself for plunging into a marriage despite years of predictors pointing to the disaster that eventually unfolded. I also carried colossal guilt for having birthed my son into a minuscule family in which I would not only do all the cooking and laundry but also be his barbershop buddy and guide him on how to pee standing up.

But in a quest to prove that I was not only surviving but also thriving as a Solo Mom, I aimed to crush everything in my family and work life. I threw myself into beginning to craft the creative life that I envisioned and made sure that my son was the picture of happiness. Nothing empowered me more as a woman and mother than being “booked and busy” until the day an interested guy asked me what I liked to do for fun. He confusedly looked on as I nearly burst a blood vessel trying to think of what that “something” was. That was the day our week of marathon texting abruptly ended.

And then there was the time when one of my closest girlfriends side-eyed me over lunch and out of nowhere began sharing the story of her beloved grandmother calling her in full panic mode yelling, “My pu--y! My pu--y” A trip to the emergency room revealed that her grandmother was suffering from pelvic prolapse, a condition in which the vagina falls from its normal positioning. While there’s no medical evidence suggesting that pelvic prolapse is caused by sexual inactivity, my friend’s grandmother swore that in her case, it was. And my friend is a believer. “I’m telling you, you gotta use it or it’ll fall out,” she warned, sipping on her mango margarita.

That night I lay in bed unable to sleep. I wondered whether people were noticing something about me that I hadn’t. I ran down the list of everything I had going on. There was my full-time job, my MFA program, the launch of my podcast, and the PTO I had joined at my son’s new school, among many other commitments. I was drama-free, productive, and doing exciting things, so what was the problem? I replayed the recent conversations with my friend and saw the common denominator.

I’d been all work and no play—for quite some time. And people were noticing.

For days, I obsessively tried to figure out how I’d neglected a whole part of my life and would’ve likely continued to do so had I not been nudged into consciousness. And again, my friend’s voice, “So where do you go to be seen?”

“What?! Oh no. You gotta throw something on and go walk around the meatpacking district and look for—well, meat. You’ve got to be seen.”

I’d been camouflaging myself in busyness because I didn’t want to be seen. Being seen came with high stakes, the highest being heartbreak. I’d gambled and lost too many times. It was safer not to play at all.

How we avoid embracing our feelings

Our human instinct is to shield ourselves from what hurts. Some of us try to heal emotional wounds through drug use; others, through sex, shopping, gambling, or working out. For Solo Moms who commonly struggle with anxiety over raising children on their own, the tendency to bury burdensome feelings may appear benign, such as cloaking ourselves in our “supermom” identity or being a card-carrying member of the “Wine o’Clock” club.

I unwittingly buried my fear of allowing someone into my life under tasks, projects, and to-do lists. Over the course of several years, I’d done the work of sorting through the rubble of not only my marriage but also those earlier relationships that had left holes in my heart. I placed my emotional infirmities of insecurity, neediness, and martyrdom that had plagued me for so long under the microscope and dissected them. They functioned to attract those broken like me. And although I’m now far more emotionally sound, I still struggle with allowing myself to intimately connect. But as my dear friend reminded me, I have a whole life to live, and not just the part that comes alive as a mother and a creative person, but the part that makes me feel like a woman.

Ask yourself what’s missing in your life

How we bury our feelings is not always obvious. If it weren’t for my friend, I’d still be proudly waving the busy flag instead of seeking to live a fuller life. But it really doesn’t take a friend sharing horror stories of vaginal collapse to force us into taking inventory of our lives. We can begin by noticing where our lives are full and where they are not. In the areas that are lacking, we can ask ourselves why. We can question whether we’ve built a life on a foundation of fear, pain, or trauma, and then consider how those building blocks have insulated us from living more satisfying lives. This may only be the beginning. We may need the help of a therapist for deeper issues, and that’s OK because at least we would’ve begun the process of examining what is really going on within. As always, the more whole we are as women, the greater we are as mothers. And that’s when we’re truly living our best lives.