It’s a Jungle Out There: Why a Wild Schedule Makes Sense 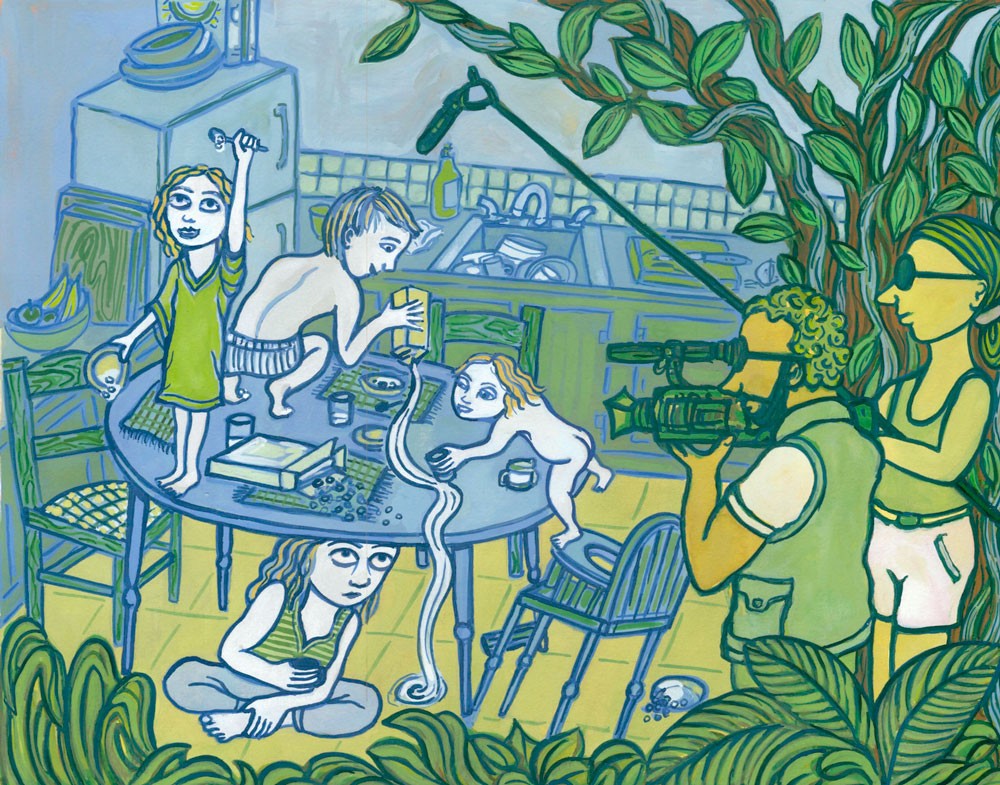 A humorous take on the purposely busy schedules of Solo Moms

Solo parenting and National Geographic specials on wild animals have a lot in common. They’re both great from a distance. Sure, I’d love to pet a Siberian tiger or befriend a chimpanzee! What we forget about, though, is that the time will come to feed them raw meat, pick nits out of their hair, and keep them out of trouble.

I admit that, like a nature show host trying to sell viewers on the glories of survival of the fittest as a jackal devours an antelope, I have often felt tempted to explain how exciting solo parenting can be. In dulcet tones, I want to tell the other shoppers staring at me as my child throws a mega-tantrum:

“The steady whine of the toddler on the prowl can be punctuated by sharp piercing sounds when passing through the verdant candy aisle of its wide open supermarket domain. For the Solo Mom, there may be no recourse but to satisfy this call. This is how the solo parent learns to survive in the wild.”

Most expectant or new parents would probably nod sagely upon hearing such advice, sure that my adventure will never be theirs. Yet any parent with a teenager can tell you that’s impossible. Just try negotiating with the Republic of Hormones. No parent has everything figured out.

Solo parents may come to such epiphanies a bit earlier than coupled parents. I quickly came to the conclusion as a Solo Mom that I might as well use those parenting books as scratch paper for that new crayon set.

Despite hearing all the parenting pundits moan and groan about the loss of childhood, my children have always been overscheduled. Once again, in the dulcet tones of Richard Attenborough:

“The Solo Mom keeps a steady pace, trekking from watering hole to hunting ground to ensure maximum participation of offspring until a glaze of exhaustion covers the sated progeny.”

Why would anyone who is already overworked, stressed, and doing it all add more logistics and running around to the schedule? It’s not because we’re secretly plotting to turn our kids into Olympians or the next president raised by a Solo Mom. In fact, I’d bet that Michael Phelps’s single mother just needed some way to channel her son’s prodigious energy. One friend of mine describes it as the spaghetti-at-the-wall strategy: try everything until something sticks, then go with that.

I, for example, love that my children come home from swim practice tired, hungry, and most importantly, clean. So I encouraged them to join the swim team. We have holiday weekends at swim meets, and their big treat is to choose a new cap or practice suit at the stands spread out for the teams. Our family time often is team time, art class time, or time spent waiting for the end of a sibling’s rehearsal.

I believe the benefits are in the participation itself. Allowing someone outside my “never gonna be nuclear” family to step in and guide my child has been a great idea. I’ve encouraged my children to be part of the team, reach out to the coach, and get extra tips from the sewing teacher. It’s not about finding the best instructor, but about how much fun they’re having. Even with all the scheduling (one year, I had four carpools), it’s a lot better for our family to have my kids out in the world, joining in.

Sorry, I’ve got to go buy something for the swim team’s bake sale. Now, where’s my pith helmet?