Introducing the Potential Love of Your Life 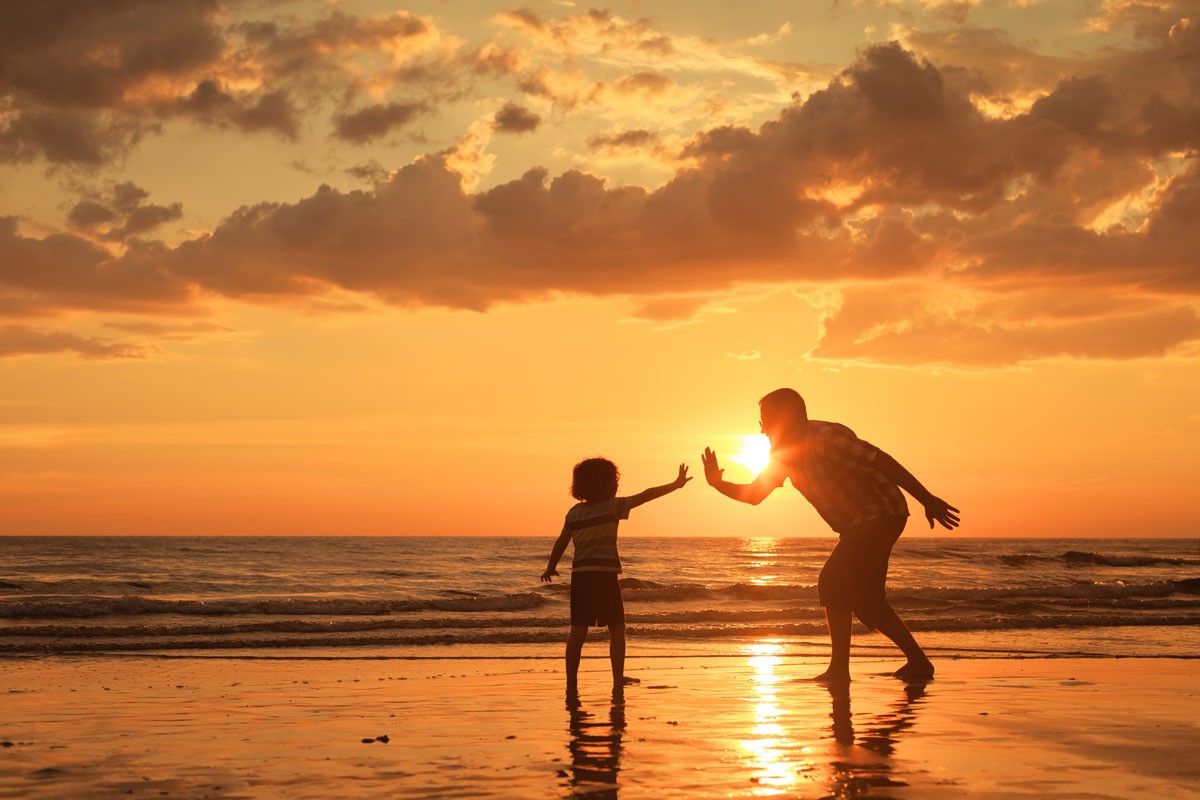 You’ve gone on blind dates, let your friends set you up, and tried speed dating. You’ve meticulously crafted your online dating profile, answered hundreds of compatibility questions (of course the sun is bigger than the earth, and who cares which hand a left-handed glove fits on if you turn it inside out?), and you’re swiping left in your sleep.

Finally—finally—you meet someone you really like. Someone kind and funny, cute and smart, and who likes you back. You find yourself giggling into the phone late at night like a teenager and walking around with a stupid grin on your face all day. Your kids might notice that Mom is in an unusually good mood lately.

Which brings us to the million-dollar question for a Solo Mom: when do I introduce my children—the apples of my eye, the loves of my life, the one-and-onlies who will always come first in my life—to this person who makes my heart beat fast and my knees go weak? And if your new partner has kids too, it’s twice as complicated.

The standard answer? The longer, the better. Therapists, divorce lawyers, and even good old Anonymous on Yahoo! Answers, all suggest a six-month minimum waiting time.

But dig a little deeper, and you’ll find that they usually qualify that with “it depends” and “there’s no perfect amount of time.” In theory, waiting six months or longer sounds smart. In practice, is it a different story? I put on my reporter hat and asked around.

Gwen (all names have been changed to protect privacy), Solo Mom to a teen and a tween, has been divorced for six years. During that time, her kids have met three different people she’s dated. I asked how long she thought people should wait before introducing kids to a new partner. “It can vary. The first several months of any relationship is still the honeymoon period. However long it is, I think a couple should wait until real life starts before bringing children into the mix. They should have had a few disagreements they could resolve to mutual satisfaction and some serious conversations about the future of the relationship.”

Myra, Solo Mom to boys ages eight and four, agrees that six months is a good rule of thumb. “I think it’s better to wait until you know this person is going to be in your life a while. I’ve introduced my kids to two men I’ve dated. Both times, I knew the relationships were significant.” After breaking up with her first postdivorce boyfriend, “I realized my kids did miss his presence. So I’m making sure not to let someone get too close to them unless I know he’s going to be ‘the one.’”

But Hannah disputes the notion that “the one” exists—something that influences her attitude toward introducing partners to her children, ages 10 and 14. “The idea of forever love is not something I buy into. I don’t believe it’s reality for 99.9% of humans. I want my kids to know that it’s OK and normal to fall in and out of love, and to possibly have many serious relationships over their lifetime.”

As for the six-month rule, “I think it’s a nice guideline, but nothing is black and white,” says Hannah. “In my last serious dating relationship, we waited about six months. It seemed right in that situation. His kids were not at all comfortable with the idea of him dating, so it may have been sooner had they been ready.”

Finding your own comfort level in dating after a divorce is hard, even before factoring in kids. As Sarah told me, “I didn’t really date much before I got married, so when I started dating as a single mother, I wasn’t only making rules for that scenario, but for my dating life in general.”

When it came to introducing her daughter to a potential partner, Sarah wasn’t the one who brought up the issue. “My daughter was asking about meeting someone I was dating, and I told her I just wasn’t sure about the timing—what if he didn’t stick around in my life? She said something along the lines of ‘Mom, people come and go in each other’s lives; that’s just how it is. And I’d rather meet someone than hear stories about him.’ Not everyone would follow their 10-year-old’s lead, but since then, I’ve let her set the timing on a lot of things in this area.”

Sarah believes it all depends on the specific situation, the children’s ages, and the particular parent-child dynamics. “For me, my daughter is very involved in my life, and six months might feel like a long time for her to not meet someone with whom I’m spending a lot of time.”

But Gwen, who says she’s learned from the “many huge mistakes” she’s made when it comes to mixing kids and partners, advises caution. “Children of split-up parents have plenty to deal with without having other adults floating in and out of their lives to whom they may become attached or who they might resent. They might feel pressure to get along with the partner’s children, regardless of their true feelings. As a parent, you have to ask yourself, ‘How many times do I want my child to have to deal with those internal conflicts?’”

Waiting can be good for your new relationship, as well as for your children’s emotional well-being, Myra points out. “I think there definitely should be a period where partners get to know each other as their own people. No kids involved,” she says. “You need time for romance and chemistry to blossom. That’s much easier without kids involved. Plus, the more you know someone and like them, the easier it will be to accept their children. That’s my philosophy.”

We want to hear your philosophy. Share your thoughts and experiences in our Perspectives section.

Elizabeth Laura Nelson is a Solo Mom to two daughters. She runs a nine-minute mile, bakes a mean chocolate-chip cookie, and can always be persuaded to sing at a karaoke bar. You can follow Nelson on Twitter at @AnotherAnnie.